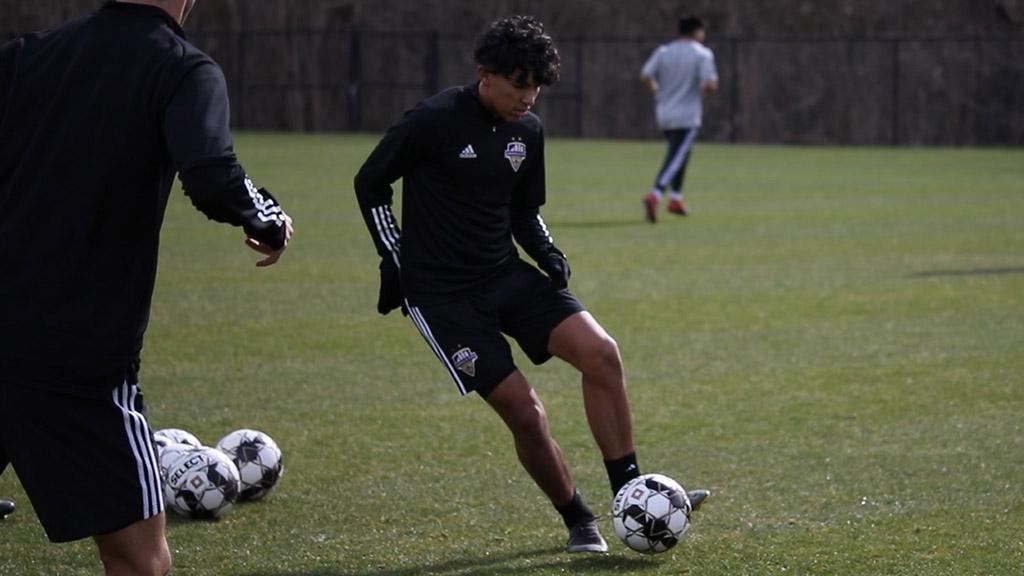 “We are excited about adding a player of Jonathan’s ability to our roster,” Louisville City Head Coach and Sporting Director John Hackworth said. “He is truly one of the top young players in America. We look forward to working with him to develop his overall abilities as he matures. Jonathan has the skill set and mentality to play at the highest levels in our sport.”

Gomez joins Louisville City’s First Team with the goal of developing his skills while playing against top USL Championship players with an eye on helping the club win its third USL Championship title.

“It is an amazing opportunity to contribute to a team that has had such great success,” Gomez said. “I want to play with all of these players who know and have what it takes to win. The fan base here at LouCity is incredible as well as the coaching staff, and I believe this will help me develop into the player I want to become, and hopefully bring another championship back to Louisville.”

Gomez said the opportunity to work with Hackworth and the LouCity technical staff was among the many positive aspects that drew him to the club.

“Coach Hack has extensive coaching experience from players my age to MLS players,” Gomez said. “Coach Danny has recent playing experience and I think that the two complement each other well on and off the field. Coach Scott, Coach Danny and Coach Hack [and the entire Louisville staff] welcomed me with open arms since our very first conversation. I’m looking forward to getting started.”

Gomez has already accumulated a wealth of experience in international soccer. At age 12 he was invited to his first U.S. Youth National Team training camp and he worked with the U.S. Futsal national team. In 2016, he helped FC Dallas finish second in the Copa Chivas Tournament in Guadalajara, Mexico. Gomez has been called up to represent both the United States and Mexico in international play, with four U-16 call-ups and one U-17 call-up for America and a U17 call-up for Mexico.

In the past year, Gomez has helped the U.S. team win the prestigious 2019 Nike International Friendlies, which included the U.S. U-17 Men’s National Team, the Netherlands and Turkey. Gomez’s goal against the Netherlands, a laser from just beyond the box, earned praise from his coaches and drew interest from many of the international scouts in attendance.

Gomez also helped North Texas SC claim the inaugural USL League One title, competing for the club as a USL Academy signing. He made nine appearances for the side overall, and started in the League One Final as NTSC took a 1-0 victory against Greenville Triumph SC.

“He has all the qualities that fit the profile for an international player of his age. We are looking forward to having him train alongside Oscar Jimenez at left back with us,” Hackworth said. “We believe we have the best left back in the USL in Oscar, and for Gomez to train with him and learn from him will be a great opportunity.”