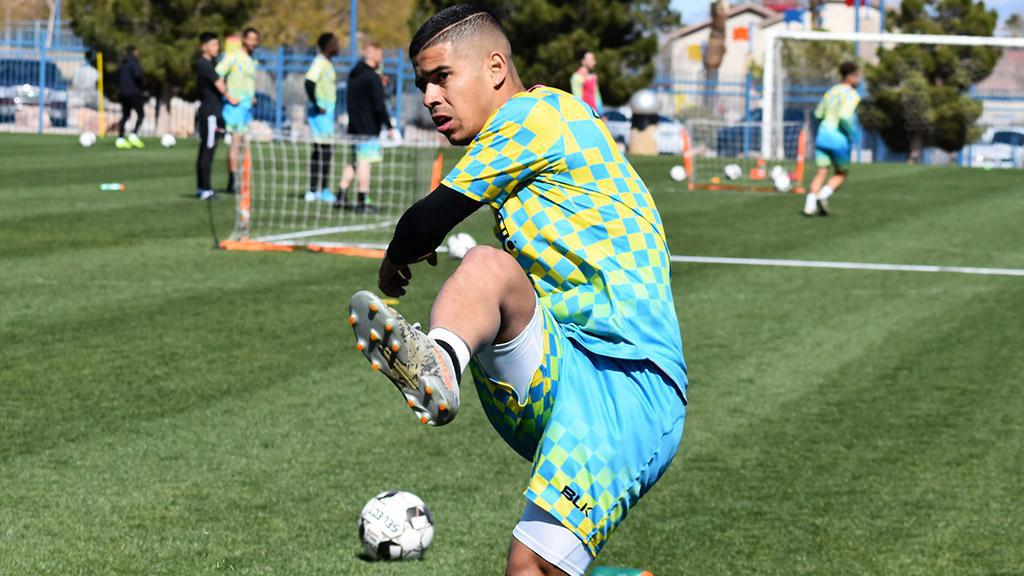 Burgos, who previously competed for Lights FC Head Coach Eric Wynalda with the Atlanta Silverbacks, has previously played for Orange County SC and Reno 1868 FC in the Championship.

“Junior is a player that plays internationally for his country. I met him many years ago and was able to coach him with the Atlanta Silverbacks at the very forefront of a great career,” said Wynalda. “To be able to coach him again is a great opportunity. He was hitting some spectacular free-kicks today and he had a huge smile knowing that he had signed his contract to play here. We're thrilled to have him with our team.”

Selected in the MLS SuperDraft by Toronto FC in 2011, Burgos made his Major League Soccer debut on March 31, 2012. He joined the Silverbacks in 2014, before competing for Orange County the following year. In 2017 he joined Lights FC’s rival Reno 1868 FC for its inaugural season and recorded one goal and three assists in 18 appearances.

Burgos returned to his native country the following year to play for Salvadoran titans FAS, before returning to the United States by signing with the New York Cosmos in 2019, where he scored 15 goals.

“I’m excited because this is a good opportunity for me, to come in and reunite with Coach Wynalda to build something special,” said Burgos. “I know that this team needs to be important this year and I hope that I can add to that. My goal is to help Las Vegas to go into the playoffs.”

Delgado joins Lights FC having previously competed for Westmont College, where in 2019 he earned NAIA All-America Third Team honors. Delgado made 45 appearances for the Warriors in his career and posted a career 0.81 goals-against average for the program.

Robinson, meanwhile, previously competed for George Mason University and recorded 63 appearances, six goals and four assists for the Patriots. In addition to their collegiate experience, both Delgado and Robinson have also previously played in USL League Two, with Delgado suiting up for the Ventura County Fusion and Robinson for The Villages SC.