THE MORNING TEA: Howard Back to Defend Memphis 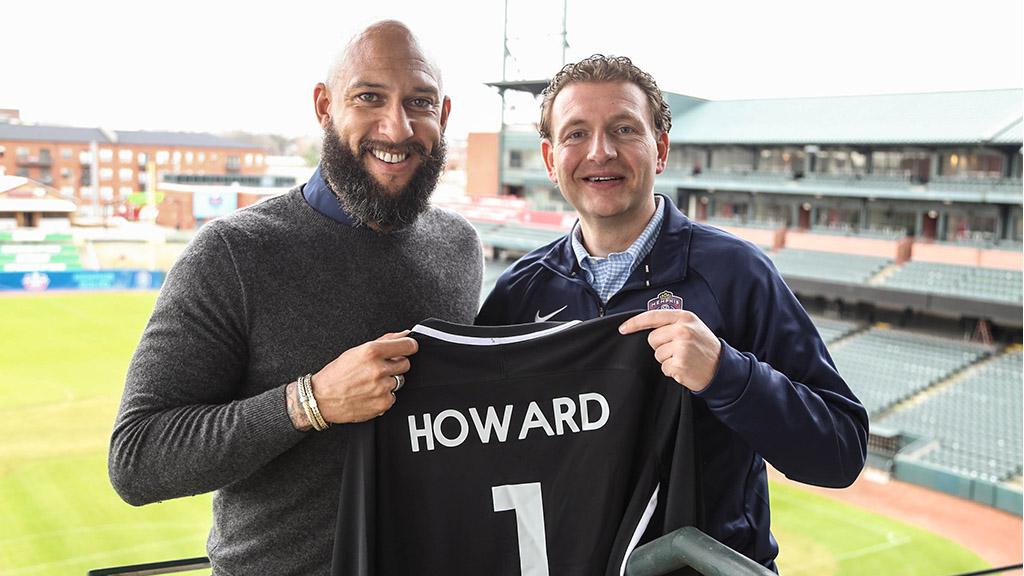 Good morning, rise and shine, we’re one day away from the 2020 Championship season kickoff!

You can go all the way back to the first press conference in Memphis 901 FC history in January 2018, when Tim Howard was adamant that while he would be involved in the new club, playing wasn’t in his future.

Even this offseason, he talked about how he was looking to excel in his new position as the club’s Sporting Director having put his playing days behind him.

“I had a playing career that I’m proud of, a legacy that I’ve been able to leave behind that I’m very proud of,” Howard told the Daily Memphian’s John Varlas this January, “but now I’m moving forward, and I want to be great at something else. That’s how I look at it.

“I don’t want to be looked at as a former player who’s doing this. I want to be looked at as an executive that’s having success. That will take time. But I’m determined to do it. I love the game of football and I tell people all the time, nothing can replace playing. Nothing can replace that feeling. But certainly, I identified before I took this job that this is a role that excites me in terms of the competition aspect.”

Then on Wednesday, everything changed.

On one hand, Howard signing as a player with 901 FC clearly runs against his previous statements. It also raises questions about how this will work in the club’s locker room, where he still holds the title of Sporting Director as well as teammate. The club tried to address those concerns in its release, through Head Coach Tim Mulqueen.

“When he’s in the locker room as a player, he will act as a player,” said Mulqueen, who has known Howard for three decades. “His focus is only going to be on winning. There will be very clear lines that the players will recognize.”

On top of that, what Tim Howard will we see – if we see him – on the field this season? It’s hard to imagine he hasn’t been working hard behind closed doors to get ready for this announcement, but will he have taken enough reps to live up to the expectations fans will have of him?

On the other hand, Tim Howard – he of 121 U.S. Men’s National Team caps, three FIFA World Cups and that 16-save display against Belgium in 2014 – might be suiting up for Memphis 901 FC on Saturday night at AutoZone Park against a stacked Indy Eleven squad, and I can’t tell you how exciting that prospect is. 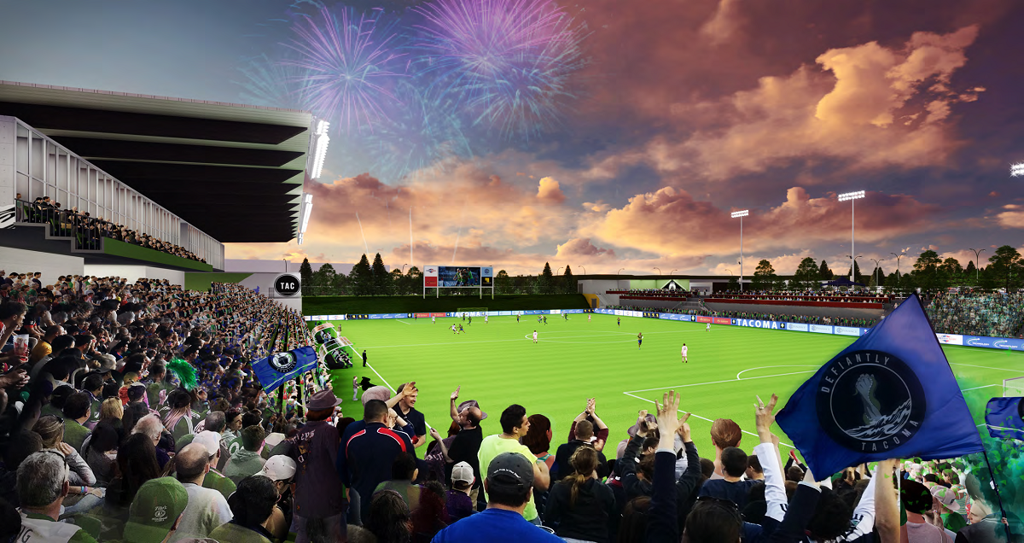 Renderings of a proposed 5,000-seat stadium that would become the home to the Championship's Tacoma Defiance and NWSL's Reign FC. | Image courtesy Tacoma Soccer Club of Tacoma

There’s been a lot of important stadium news around the Championship this offseason. Louisville City FC will, of course, open Lynn Family Stadium next month, while construction is underway for Colorado Springs Switchbacks FC and the Charlotte Independence, and positive steps have been taken by OKC Energy FC and New Mexico United.

After Tuesday night, you can also add Tacoma Defiance to the list, with Tacoma City Council members having approved plans for a $60-million, 5,000-seat stadium that would become the home of the Championship side and the NWSL’s Reign FC.

By an 8-to-1 margin, the council members approved a non-binding Letter of Intent that outlined possible funding sources for the venue. Tacoma Soccer Club of Tacoma (TSCOT), a group made up of the Seattle Sounders and the Tacoma Rainiers, proposed that the City of Tacoma contribute $15 million in funding to the project, with $10 million paid upfront and the rest paid over two years. The letter also proposes that Metro Parks of Tacoma contribute $7.5 million in funding.

The project has the backing of Tacoma Mayor Victoria Woodards, who told KING5 reporter Christina Ayers, “I'm excited for the opportunity to bring a soccer stadium to Tacoma. I look forward to hearing from our community about their thoughts on what this means for Tacoma.”

Sounders FC was well represented at the council meeting, with General Manager and President of Soccer Garth Lagerwey and VP of Soccer & Sporting Director Chris Henderson among those present alongside the current Defiance squad. As the Championship continues to grow, the potential development in the Pacific Northwest could be a major one for both Reign FC and the Defiance.

One training session closer to our inaugural match at Torero Stadium.