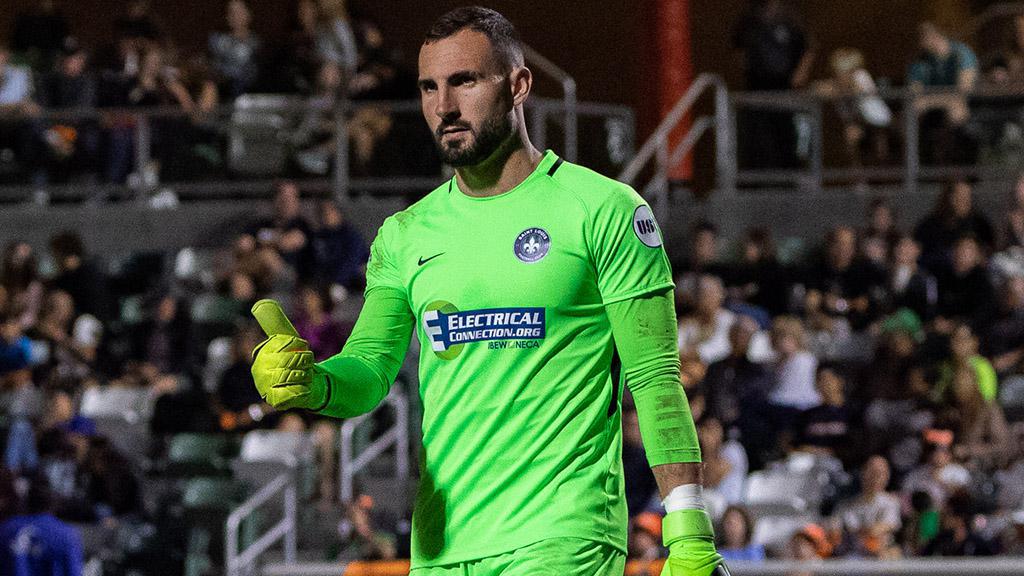 Goalkeeper Tomas Gomez has recorded 30 shutouts in 77 appearances in the Championship over the past four season. | Photo courtesy Liza Rosales / Orange County SC

PITTSBURGH – Pittsburgh Riverhounds SC announced on Wednesday it had signed goalkeeper Tomas Gomez to a one-year contract with a club option for the 2021 season. The signing reunites Gomez with Hounds Head Coach Bob Lilley, with whom he claimed back-to-back Championship Golden Glove awards in the 2016 and 2017 season at the Rochester Rhinos.

The Golden Glove is awarded to the goalkeeper with the lowest goals-against average (GAA) for the season. The 26-year-old Gomez posted a 0.69 GAA in 2016 and a 0.75 GAA in 2017, becoming only the second two-time winner of the award after Orlando City SC’s Miguel Gallardo (2011-12).

“Tomas is a well-rounded goalkeeper who will be very important to our goalkeeping core this year,” said Lilley. “His experience and ability to win big games has been proven over the last four years in the USL Championship. We feel he will be a steadying influence for the team on the field and in the locker room.”

Gomez was originally selected by Major League Soccer’s Columbus Crew SC with the No. 60 overall selection of the 2015 MLS SuperDraft. The former Georgetown University standout did not sign with Crew SC, however, instead inking a contract with the San Jose Earthquakes for the 2015 campaign before joining the Rhinos in 2016.