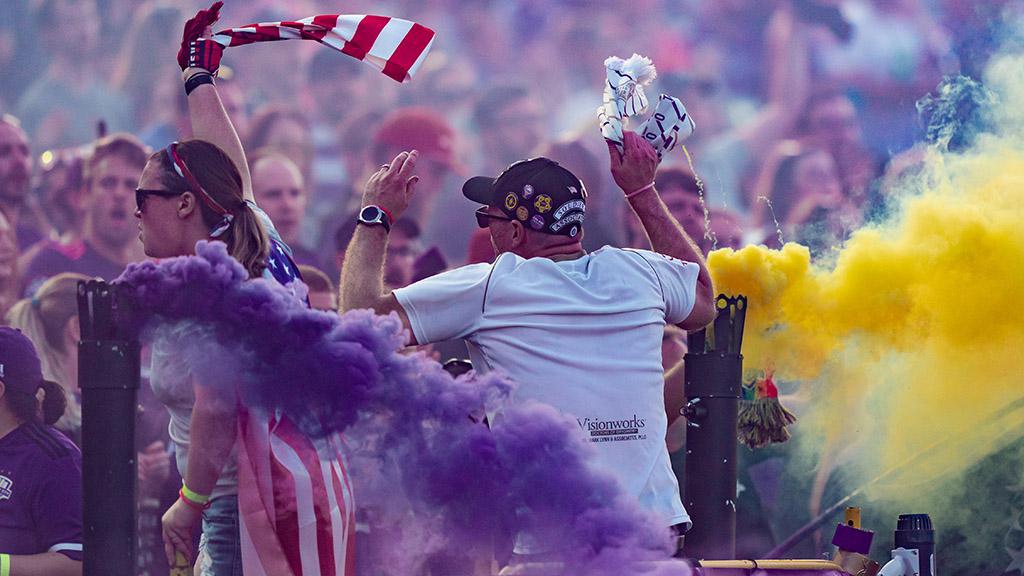 LOUISVILLE, Ky. – On the same day the club was officially handed the keys to Lynn Family Stadium, Louisville City FC announced on Tuesday all single-match seats allotted for the club’s April 11 USL Championship Home Opener against Birmingham Legion FC had sold out.

“Our Home Opener is going to be an incredible event for our city,” Louisville City Vice President of Sales and Marketing Mitch Ried said. “When we made single-match tickets available to the public on Thursday morning, fans bought 400 tickets in the first five minutes and we saw steady ticket sales throughout the next few days.”

LouCity’s contest against Legion FC will be broadcast to a national audience on ESPNews as it becomes the newest soccer-specific venue in the United States. According to the club, there are currently fewer than 800 seat locations for future Season Ticket Members at the 11,700-seat venue, located just East of downtown in the Butchertown neighborhood.

The club will kick off its sixth USL Championship season this Saturday as it travels to face North Carolina FC at WakeMed Soccer Park, but anticipation for opening night at the club’s permanent home is rapidly rising for all associated with the club.

“Watching this stadium come to life – from the initial drawings to the steel skeleton to the final product – has been a thrilling experience for me and for the tens of thousands of fans who have been waiting patiently for a place to call our own,” said LouCity President Brad Estes. “We’re grateful to the Messer/Harmon team for building our new home, and we are so excited for Louisville to experience championship soccer here on April 11.”

“Lynn Family Stadium will be a cathedral for soccer,” added LouCity Sporting Director and Head Coach John Hackworth. “Thank you to the construction team of Messer and Harmon. Having a stadium built specifically for our game is going to completely revolutionize the game experience for our fans. Our team can’t wait to take the field with a packed house of LouCity fans cheering us on.”