PRESEASON REPORT: Switchbacks Too Much for Denver University 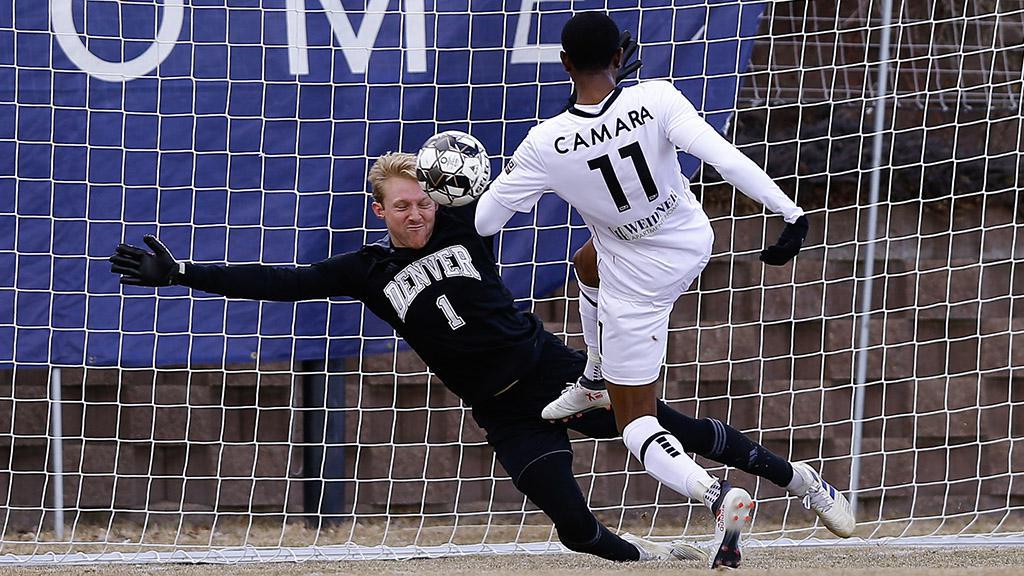 COLORADO SPRINGS, Colo. – Colorado Springs Switchbacks FC wrapped up its preseason with a 4-2 victory against the University of Denver 4-2 at Weidner Field on Sunday afternoon at Weidner Field as four different players found the net.

The Switchbacks took the lead just past the half-hour mark when Mamadi Camara drove home a cross into the penalty area from close range, and then doubled their lead 20 minutes into the second half when Austin Dewing broke through the Pioneers’ defense and put home the rebound after his initial effort had been saved.

DU pulled a goal back with 15 minutes to go before Will Vint curled home a free kick a minute later to restore the Switchbacks’ two-goal advantage. With 11 minutes to go, Sebastian Anderson added a fourth for the hosts as he sent a left-footed shot into the corner of the net, and while the Pioneers added a second of their own in the 86th minute, Colorado Springs was able to see out the victory.

“The most important thing this weekend was minutes,” said Switchbacks Head Coach Alan Koch, whose side had previously defeated the Air Force Academy 1-0 on Saturday afternoon. “Obviously, we played a lot of players yesterday, and we played a lot of players today to get 90 minutes for as many players in the group as we could. But it's obviously nice to finish with victories on both days.”