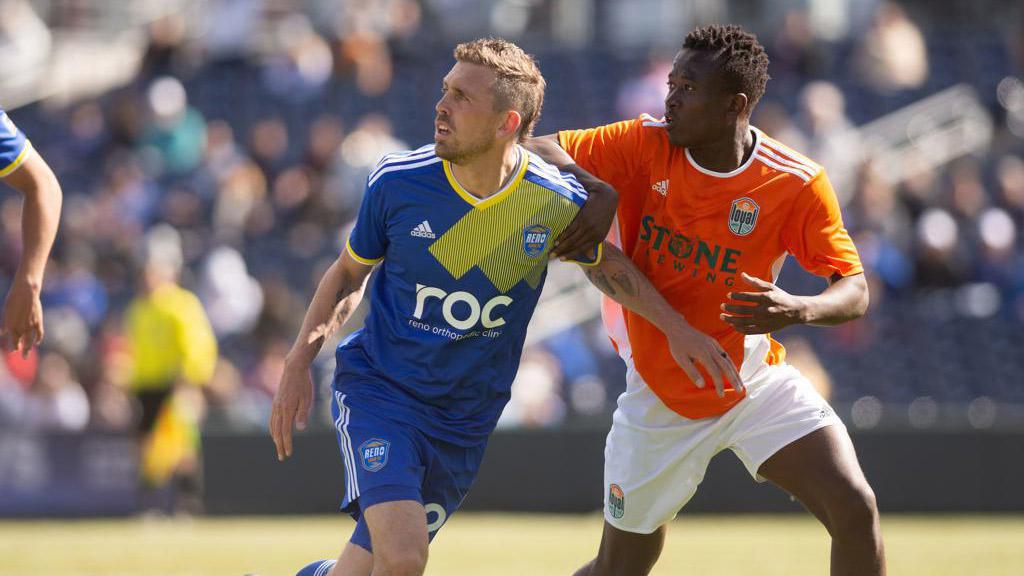 San Diego took the lead in the seventh minute when an angled free kick from the left found center back Joe Greenspan on the right edge of the six-yard area, and his header back across goal allowed Qudus Lawal to head home from close range. The visitors doubled their lead in the 24th minute when Elijah Martin cut in from the left and found Eric Avila in space at the top of the penalty area. Avila delivered a curling shot that picked out the right corner from 20 yards.

Six minutes later, SD Loyal added a third on a perfectly-hit free kick by Charlie Adams from 30 yards as his left-footed effort from just right of center found the top-right corner of the net.

Reno pulled a goal back shortly before halftime when Aidan Apodaca was played in on goal after a good flicked header by Corey Hertzog, and while Apodaca’s initial shot was saved, Hertzog followed up to put away the rebound into an open net.

Hertzog then pulled 1868 FC within a goal early in the second half from the penalty spot after Apodaca was fouled, with the veteran forward shooting low into the right corner to send SD Loyal goalkeeper Jake Fenlason the wrong way.

With 15 minutes to go, however, San Diego restored its two-goal lead as FC Dallas loanee Francis Atuahene gathered possession between two defenders at the top of the penalty area and then laced a low shot into the left corner to wrap up the victory.