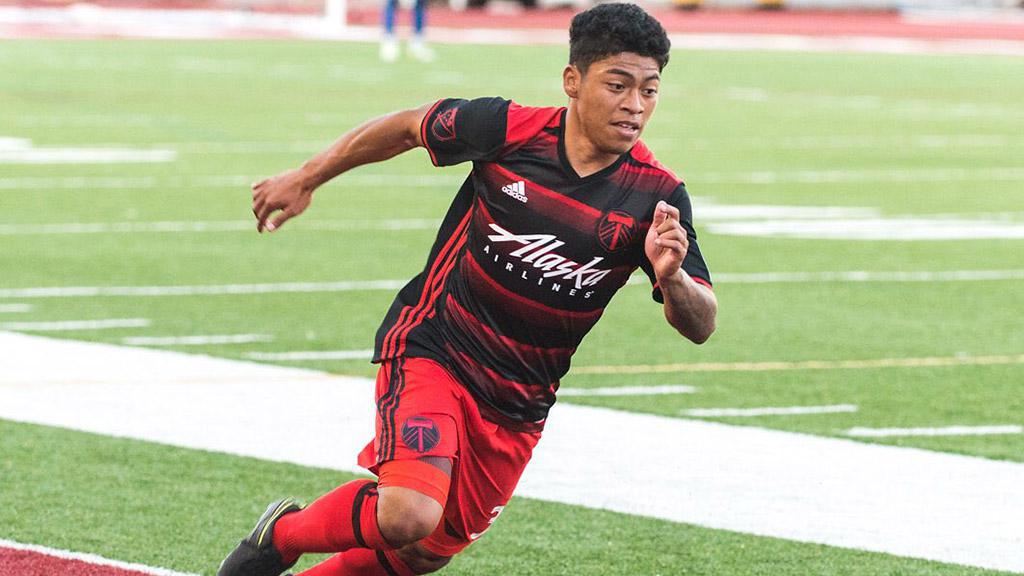 CHARLOTTE, N.C. – The Charlotte Independence announced on Friday it had acquired midfielder Rey Ortiz on loan from Major League Soccer side FC Cincinnati for the 2020 USL Championship season.  The 23-year-old winger was selected 29th overall in the 2020 MLS SuperDraft out of the University of Portland.

“In the short time Rey has been in with the group, his constant smile and positive attitude has been very apparent,” said Independence Head Coach Mike Jeffries. “He’s a super quick wide player that can play either side, which gives some flexibility and allows us to break down defenses. He’s got one vs one ability and he’s excellent with the final ball.”

In four seasons at the University of Portland, Ortiz recorded 64 appearances, 50 starts, 14 goals and 26 assists. In 2019, Ortiz was named to the All-West Coast Conference First Team and United Soccer Coaches All-West Region Second Team. The season prior, he was named to the MAC Hermann Trophy Watch List.

A native of Acapulco, Mexico, Ortiz previously featured for the U-15 U.S. Boy’s National Team. A product of the LA Galaxy Youth Academy, Ortiz appeared in two games for the LA Galaxy II during the 2015 USL Championship season as a USL Academy signing. From 2017-19, Ortiz competed for USL League Two side the Portland Timbers U-23, where he made 18 appearances and recorded one goal and four assists.

Fenwick previously played in the Championship for San Antonio FC last season. A center back from Newcastle, England, Fenwick had a stellar collegiate career at High Point University having previously played in the youth academies at both Newcastle United and Sheffield Wednesday. With the Panthers, he led the side to its first appearance in the NCAA Tournament in 2018 and was named the Big South Defensive Player of the Year in his final two collegiate seasons.

“Fenwick came to us on an unofficial trial at first, after seeing him we had to find a way to fit him in,” said Lights FC Manager Eric Wynalda. “It's part of the process when evaluating players and how they'd make your team better. That's exactly what happened with Johnny, our group got better with his arrival.”

Carrera was a four-year starter at the University of California, where his ability to keep the ball flowing by connecting with strikers and wingers earned the Golden Bears a pair of NCAA Tournament appearances (2014 & 2017). A three-time All-Pac 12 selection, Carrera has competed for the last three seasons in Mexico’s Liga Ascenso for Celaya FC.

“I've been trying for a long time to get him here. I know how valuable of an asset he is for us,” said Wynalda. "His college coach has always been a friend of mine, so I've known about Carrera for a very long time. It's not often that you find a guy that can play the 10 or 8 positions, even in his time in Mexico he was forced into a defensive 6-mode and he was terrific.”

TOROS BRING ABOARD SUPERDRAFT PICKS: Rio Grande Valley FC announced it had signed forward Garrett McLaughlin and midfielder Luka Prpa. Both players were selected by the Houston Dynamo in the 2020 MLS SuperDraft.

McLaughlin was selected by the Dynamo with the 8th overall pick in the 2020 MLS SuperDraft having previously appeared in 76 games during his four-year career at Southern Methodist University. The forward scored 37 goals and tallied 13 assists with the Mustangs and earned an American Athletic Conference First Team honor in 2019. The Oklahoma native finished his senior season as the team’s leading goal-scorer with 16 goals, finishing second in the American Athletic Conference and seventh in the NCAA.

Prpa was selected in the second round of the 2020 MLS SuperDraft and led Marquette in the midfield starting in 60 of 66 games played throughout his four-year collegiate career. The midfielder scored 18 goals and tallied 21 assists, earning All-Big East Second Team in 2017 and 2019, as well as All-Big East First Team in 2018.

The 24-year-old was selected by FC Dallas with the 29th overall pick in the Second Round of the 2018 MLS SuperDraft. He spent most of the 2018 season rehabbing from an injury suffered at the tail end of his senior season before heading to North Texas SC, who became League One Title-Winners in the league’s inaugural season last October.

Cichero had previously recorded 22 goals and 19 assists over three seasons for Southern Methodist University collegiately. As a sophomore, the 6-foot-3 Cichero was named the American Athletic Conference Offensive Player of the Year and a was a unanimous First-Team All-AAC Selection.