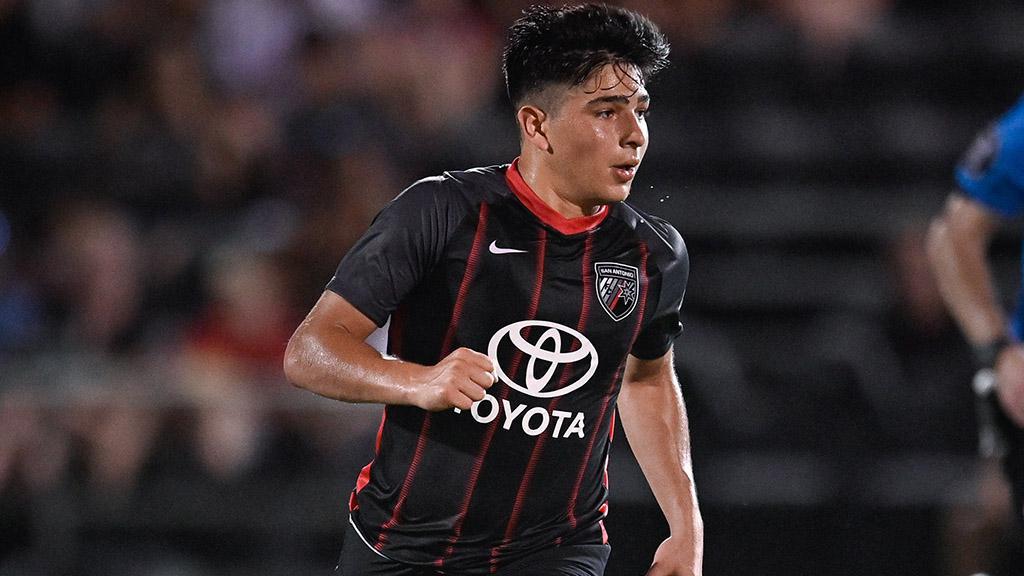 SAN ANTONIO – San Antonio FC announced on Thursday that forward Jose Gallegos had been signed to a multi-year professional contract, pending league and federation approval. Gallegos had previously been a member of the SAFC roster on a USL Academy player agreement after he first joined in April of 2019. Per club policy, specific terms of the contract were not disclosed.

“Jose has consistently demonstrated through his earned opportunities that he can be a dominant attacking player in the league and has an endless ceiling of potential,” said SAFC Head Coach Alen Marcina. “As a technical staff, our focus is to ensure we are developing Jose every day so he can improve and elevate his game that allows him to be successful for SAFC and beyond.”

Gallegos made his SAFC debut last season in the Second Round of the 2019 Lamar Hunt U.S. Open Cup at home against the Laredo Heat, coming on in the second half as San Antonio progressed to the Third Round. The 18-year-old went on to appear in 14 USL Championship matches (600 minutes) while recording one goal, one assist and 11 chances created.

The San Antonio native has been involved in the SAFC first team environment since 2018 having previously participated in the club’s Elite Training Program. Gallegos has played local club soccer with Classic Elite Soccer Club, while also attending and playing for Central Catholic High School. While with Central, Gallegos served as team captain and won four straight TAPPS State Championships

“I’m looking forward to continuing on my path to become the best player I can be,” said Gallegos. “I’m very grateful to San Antonio FC and the staff for the continued opportunity. I want to make my family proud and give back to them for all their sacrifices. This is the beginning of something special.”

Gallegos has appeared in three preseason matches so far with SAFC in 2020, scoring three goals.