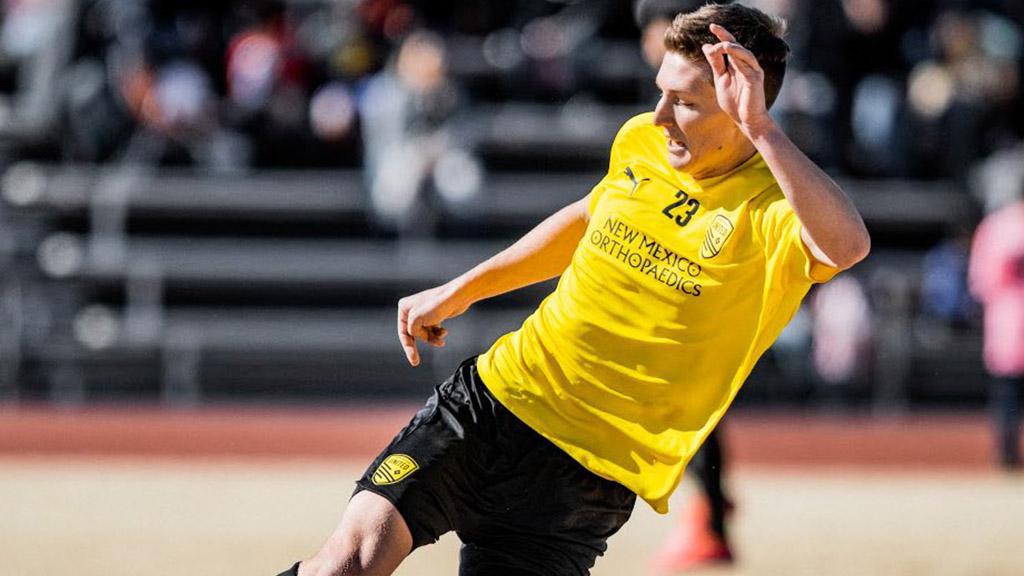 TUCSON, Ariz. – Goals by Amando Moreno and Samson Sergi lifted New Mexico United to a 2-1 victory against OKC Energy FC on Sunday afternoon in a preseason exhibition at the Kino Sports Complex.

New Mexico opened the scoring 10 minutes before the halftime break when Moreno put away an opportunity after a cross into the penalty area fell to him. Energy FC leveled things five minutes later, however, when Jaime Chavez volleyed home a cross from the right by Zach Ellis-Hayden for his sixth goal of the preseason.

United almost regained the lead just past the hour-mark only to be denied by a big save from OKC goalkeeper C.J. Cochran, but with 15 minutes to go Sergi slotted home a finish from a tight angle to restore New Mexico’s lead.

Energy FC had a pair of chances to get back on level terms late, both of which fell to Arun Basuljevic, but New Mexico goalkeeper Phil Beigl denied both opportunities to earn his side the victory.

South Georgia took the lead in the opening minute when Luca Mayr capped off a scramble in the penalty area with a finish. The visitors then doubled their advantage in the 28th minute when Marco Micaletto shot home after the Rowdies were unable to clear their lines, and five minutes later Lucas Coutinho made it three with a sharp finish off Devyn Jambga’s feed.

The Rowdies almost pulled a goal back before halftime when Juan Tejada put a header off the crossbar, but 11 minutes into the second half Lucky Mkosana pulled a goal back from the penalty spot. Three minutes later, Tampa Bay made it a one-goal game as Max Lachowecki finished off a chance, but that was as close as the hosts came as South Georgia held on in the final half-hour.

STLFC opened the scoring in the seventh minute as Tyler Blackwood made a long run down the left side and calmly slotted the ball underneath Young Harris College goalkeeper Eduardo D’Avino. Cicerone doubled the lead in the 38th minute as he cut inside his defender on the left and curled the ball into the far post before adding his second of the game as he dribbled through the heart of the defense and made it 3-0 going into halftime.

The second half saw Saint Louis FC make changes and substitute Joaquin Rivas notched the fourth as he finished from close-range in the 79th minute. Richard Bryan, another second-half substitute, put home the final goal in the 83rd minute as his cross caught out the Mountain Lions’ goalkeeper and went in off the far post.