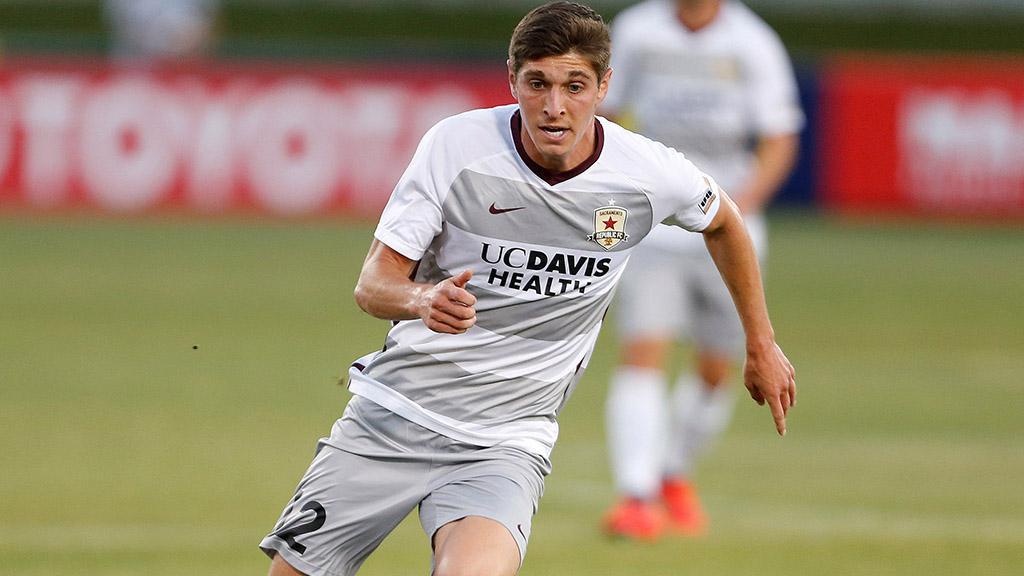 “The pleasing thing is the things we’ve been working on, we’re starting to see come out and it was the first time we were able to put a group together and not have it split up in two,” said Republic FC Head Coach Mark Briggs. “We got good minutes for everyone which is very pleasing and another step towards opening night.”

Skundrich played a role in the opening goal, too, as Republic FC took the lead in the seventh minute. Sacramento’s Jordan McCrary delivered a long ball down the right flank to Villyan Bijev who whipped in a cross that found Skundrich. The Stanford grad then slipped a pass to Cameron Iwasa, whose strike put SRFC ahead.

Four minutes later Skundrich added his first of the contest as he curled a perfectly-placed left-footed effort inside the left post. San Jose cut the deficit in half two minutes later by way of Andy Rios, but Skundrich restored the two-goal advantage just before the half-hour mark when Bijev’s driven cross was steered home.

Sacramento held onto its lead throughout the second half, which saw former Academy standout Mario Penegos come on as a late substitute for Darek Formella. A late save by Adam Grinwis sealed the win, and a positive outing for the Championship side.

“From an attacking standpoint, the speed of the ball, the movement of the ball, the timing of the movements was very pleasing to see,” said Briggs. “I think you could see that the players looked like they enjoyed it and for me, if the players enjoy what they’re doing, then you’re ultimately going to get better performances and they look like they’re having fun. That’s the aim.”