PLAYER MOVEMENT: Rowdies Round Out Squad with Dalgaard 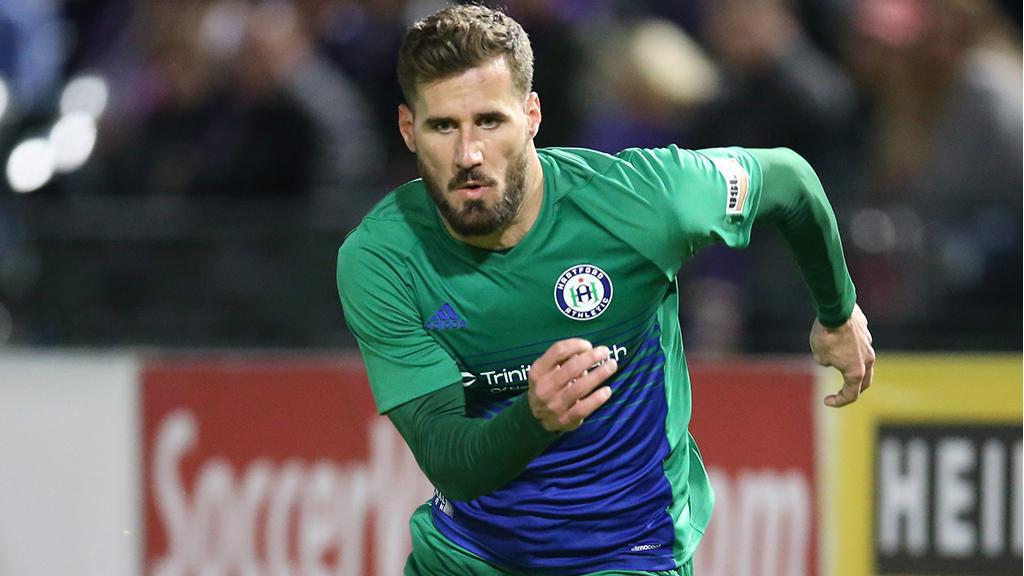 ST. PETERSBURG, Fla. – The Tampa Bay Rowdies announced on Friday the club had signed midfielder Sebastian Dalgaard for the 2020 USL Championship season. Dalgaard is the 22nd player on Tampa Bay’s roster for the season ahead and is expected to be the final senior signing before the season opener on March 7 against New York Red Bulls II.

The 28-year-old has been on trial with the Rowdies for most of preseason, playing as a wingback in the matches against the University of North Florida, Orlando City SC and the Montreal Impact. Dalgaard spent last season with fellow Championship side Hartford Athletic, playing in 27 matches and scoring five goals and adding two assists.

“We noticed last year that we relied on Leo Fernandes and Malik Johnson heavily in the attacking third and Sebastian will help carry that load,” said Rowdies Head Coach and Technical Director Neill Collins. “He’s a player that will get the fans out of their seats and I’m excited to see him play for us. He can go past players one on one, plus also assist and score goals as well as play on either side of the field.”

Prior to Hartford, Dalgaard played one season with Saint Louis FC and two with OKC Energy FC in the Championship, recording career totals of 14 goals and seven assists in 97 regular-season appearances and 7,095 minutes of action. He has also played for BK Marienlyst, Brønshøj BK and Middelfart G&BK in his native Denmark.

ILOSKI HEADS TO ORANGE COUNTY: Former U.S. youth international Brian Iloski was announced as the newest addition to Orange County SC’s squad for the 2020 Championship season on Friday. He joins the club after competing for the LA Galaxy II in the 2019 campaign.

“Brian is a player that I have been familiar with for some time here in Southern California,” said OCSC Head Coach Braeden Cloutier. “He is a very tidy and intelligent player that is comfortable in tight spaces.”

Iloski came up through the LA Galaxy Youth Academy. He participated in three camps with the U.S. U-18 National Team that included trips to France and Portugal and trained with the U.S. U-20 Men's National Team in January of 2014. He also competed locally collegiately at UCLA between 2013-17, and in 2017 he earned All-Pac-12 First Team honors.

“I’m looking forward to adding to the success of this team,” said Iloski. “It’s a great opportunity and I’m excited to be here.”

MEMPHIS ACQUIRES HUNDLEY ON LOAN: Memphis 901 FC announced on Friday it had acquired Matt Hundley on loan from Major League Soccer’s Colorado Rapids. The 19-year-old forward spent the 2019 season with fellow Championship side Colorado Springs Switchbacks FC on loan from the Rapids.

Hundley turned pro after just one season at UCLA. With the Bruins, he led the team with five goals in 19 appearances, primarily as a midfielder. Hundley made 14 starts and tallied a pair of multi-goal games.

“Matt is one of the best young attacking players in the country,” said Memphis Head Coach Tim Mulqueen. “His ability to beat defenders off the dribble will unbalance any defense. He’s an exciting player to have on the team.”

The Littleton, Colorado native played for the Colorado Rapids Academy U-19 club during the 2017-18 campaign before he signed a four-year homegrown contract in January of 2019. He became the ninth Development Academy player to sign a first-team contract with the Rapids.

“Matt is a player I had a chance to be around last season with the Colorado Rapids,” said 901 FC Sporting Director Tim Howard. “His pedigree is as a dynamic forward has us extremely excited to add him to our group. This loan deal is the first that we’ve done with the Rapids, and it’s a relationship that we look forward to continuing in the future.”