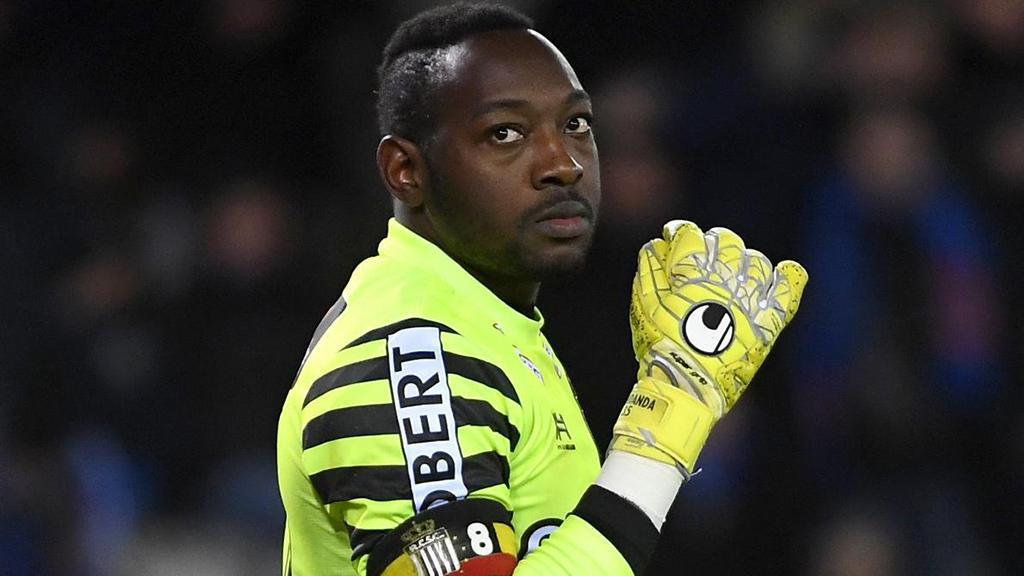 New Hartford Athletic arrival Parfait Mandanda has made 17 appearances at the international level for the Democratic Republic of the Congo.

HARTFORD, Conn. – Hartford Athletic announced on Thursday it had acquired Parfait Mandanda on loan from Sporting Charleroi of the Belgian Pro League for the 2020 USL Championship season.

Mandanda is the second goalkeeper on the Athletic’s current roster along with Mike Novotny. Scott Levene and Carson D’Ambrosio have joined Hartford for preseason training.

The 30-year-old native of France signed with Sporting Charleroi of the Belgian Pro League in 2011 and has appeared in 99 matches for the club over the past nine seasons. Last year, he was loaned to Dynamo Bucharest for six months where he posted eight clean sheets in just twelve starts.

Mandanda also has international experience, having made 17 appearances in goal for Congo DR. In 2015, he was part of the squad that took third place in the CAF Africa Cup of Nations.

Mandanda comes from a family of goalkeepers. His older brother Steve is the goalkeeper for Ligue 1 club Olympique de Marseille, while his younger brothers Riffi and Over also compete in France.

“Massimo is a versatile player, he can play out in a wide position or as a number 10. He is composed on the ball and is great around the goal. His ability to create goals for himself and others will be something that everybody will enjoy watching,” said Loudoun Head Coach Ryan Martin. “Kairou is a young international player with Niger and he’s extremely athletic. We see him as a winger, as he can close the opposition down and also get behind the defense. We are excited to welcome them both to the team.”

Amoustapha joins Loudoun from Association Sportive Nationale (ASN) de la Nigelec of the Niger Premier League. The 19-year-old played with Niger’s U-17, U-20, and U-23 teams, making his international debut at the FIFA U-17 World Cup in 2017. The young striker also made appearances in the U-17 and U-20 Africa Cup of Nations (AFCON). During his three years of international play, Amoustapha has made seven appearances, scored three goals, tallied one assist and totaled 406 minutes.

Ferrin, an Ontario native, started his collegiate career at the University of Alabama at Birmingham (UAB) in 2016. In two years, Ferrin started in all 36 games and recorded eight goals and one assist. Following his time at UAB, the Canadian forward spent his final two collegiate seasons at Syracuse University (2018-2019). Ferrin played in all 38 games (36 starts) for the Orange, scoring 12 goals and recording 11 assists.

“Jesús is a left-footed midfielder that can play multiple positions across the front four,” said Sounders FC General Manager and President of Soccer Garth Lagerwey. “He is a savvy passer that can score and set up his teammates and we're excited to see how he fits in with our club.”

Pérez, a graduate of the University of Illinois at Chicago, was named the Horizon League Player of the Year while earning First Team All-Horizon honors after his junior and senior seasons. The 22-year-old led the Horizon League and was 12th in the nation in assists in 2019 with eight after leading the NCAA in assists with 12 in his junior season of 2018. Pérez also garnered First Team All-Horizon League recognition after his sophomore season in which he led his team with eight assists and scored five goals.