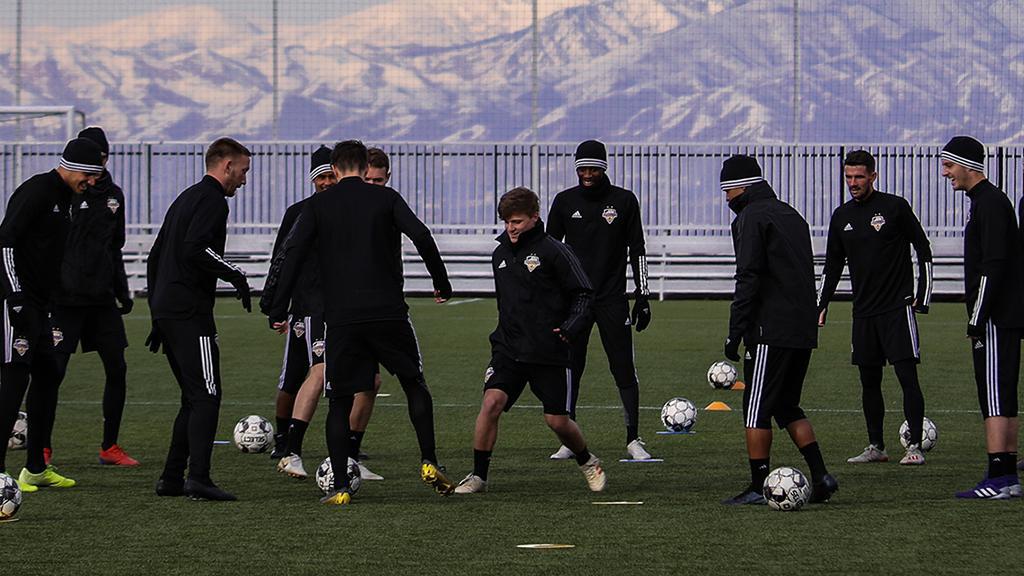 HERRIMAN, Utah – First-year USL League One side Union Omaha scored with 10 minutes to go to earn a 1-1 draw against the USL Championship’s Louisville City FC on Wednesday afternoon at the 2020 Wasatch Winter Cup, ensuring the competition would be decided on the final day of the tournament at the Zions Bank Training Center.

LouCity took the lead in the 38th minute from the penalty spot as Abdou Thiam converted, and almost doubled its lead a minute before the halftime break only for George Davis IV to miss the target after being played in by Niall McCabe.

Omaha had threatened to open the scoring midway through the first half and continued to press after the halftime break in search of an equalizer. Union’s persistence paid off in the 80th minute when it was awarded a penalty kick of its own, and Damia Viader stepped up to score the first official goal in the club’s history and earn his side a point.

REAL MONARCHS SLC 0, COLORADO SPRINGS SWITCHBACKS FC 0: The Monarchs played to a second consecutive scoreless draw but were fortunate as the Switchbacks missed a second-half penalty kick to leave honors even in the opening game of the day.

The Switchbacks had chances late in the first half to open the scoring as Aidan Daniels first set up Niki Jackson for a shot that was blocked before having a long-range effort of his own saved by Monarchs goalkeeper Jimmy Slayton.

The Monarchs’ best chance came nine minutes into the second half when a free kick by Devin Vega deflected off the defensive wall and skipped past the left post. Six minutes later, the Switchbacks had their chance from the penalty spot only to see the effort come back off the left post, and a follow-up try hit the crossbar before Real could clear. Colorado Springs’ Austin Dewing also went close with 21 minutes to go, but Slayton got down well to keep out the chance and leave the game goalless.