Independence learn from scrimmage with rival NCFC; Youth gets its due for Republic FC 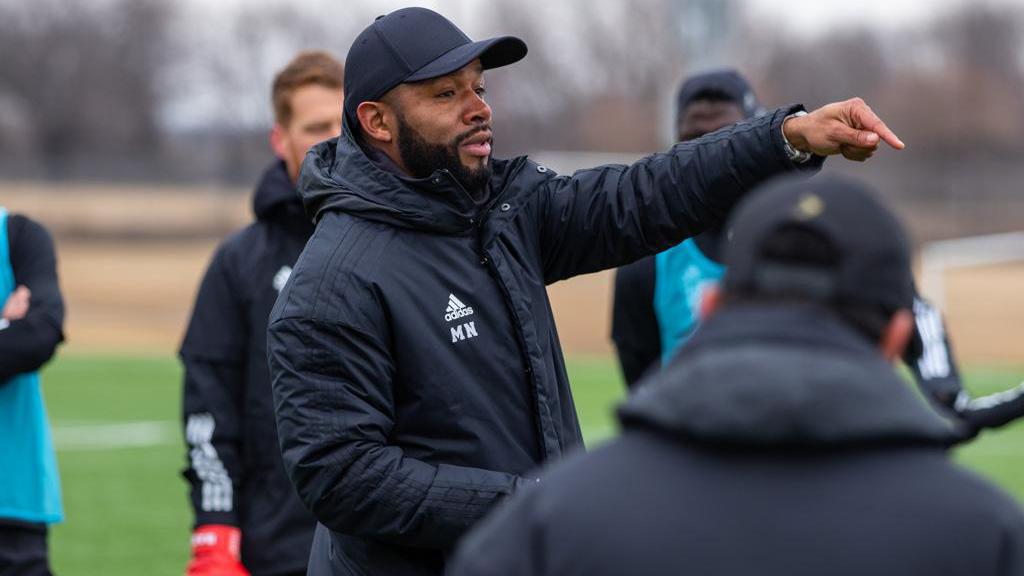 With a host of new players at his disposal this season, FC Tulsa Head Coach Michael Nsien is narrowing down the options for his likely opening day starting lineup. | Photo courtesy FC Tulsa

TULSA, Okla. – With three weeks to go until the start of the 2020 USL Championship regular season, we’re beginning to see what some clubs’ starting eleven will look like, player health permitting.

For a side like FC Tulsa, who carry with them several new additions likely play major minutes this season, a potential starting lineup for the club’s 2020 opener – a matchup against Sacramento Republic FC on March 7 – was top of mind as the side played fellow Championship side Saint Louis FC on Sunday.

“I thought it was important to get 70 minutes with guys we project to play in the first match,” said Tulsa Head Coach Michael Nsien. “It was really good for 70 minutes. … I thought we got a lot out of the first portion of the game.”

Seven newcomers opened Sunday’s contest, with only goalkeeper Sean Lewis, defender Matt Sheldon, midfielder Rodrigo Da Costa and forward Marlon holdovers from the 2019 campaign. The new-look Tulsa side appears to be shaping up nicely, though, as Dario Suarez struck for the second preseason game in a row and the back line held STLFC off the scoreboard while it was on the field.

And while Tyler Blackwood pulled Saint Louis level shortly after coming on during the final 40-minute period, Suarez’s postgame comments seems typical of the way Tulsa is looking to come out when the games start to matter next month.

“I don’t pay as much attention to my goals,” he said. “I prefer to play for the team. I have one goal with this team – to win every single game. We are trying to change the mentality of the players to focus on winning every time. Hopefully I have more goals coming, so I can help the team to win.”

.@FCTulsa remains unbeaten in the preseason after a 1-1 draw with @SaintLouisFC. @suarezdario92 tallied his 2nd goal in 2 preseason matches. pic.twitter.com/ErfHRgj81m

INDEPENDENCE LIVE AND LEARN: North Carolina FC and the Charlotte Independence squared off on Saturday afternoon in a game that finished 1-1 on the scoreboard, but in which NCFC’s starters got the better of their Independence counterparts over the opening 60 minutes before each club made multiple changes.

For Independence mainstay Enzo Martinez, the exercise was a good one as the side looks to coalesce after an offseason that – like Tulsa – saw plenty of new arrivals at the club.

“You can go into games and you play well, and everything is good, and you did everything right, so you don't change anything,” said Martinez. “But there was a lot of things we learned from this game because didn't do all the right things. The second group came in and got the job done.

“For us, it's a huge learning curve coming to understand the movements and tactically what worked and what didn't work. In the first half, Dane [Kelly] and I played flat and they played a 4-5-1. With five midfielders we pressed, but they were getting out of it a lot. So, it's a good exercise when we see something similar later on, we know how to fix it and get a better result.”

The in-state rivalry between the Independence and NCFC has been a good one over the past two seasons, and that provided one of the major plusses in Saturday’s meeting for Martinez. Whether preseason or not, both clubs wanted to get the upper hand, and that led to an intensity that can help set the tone for the regular season to come.

REPUBLIC FC BUILDING TOP TO BOTTOM: While some clubs are looking build chemistry ahead of the new season, at Sacramento Republic FC the goal of incorporating the young talent that is currently coming up through the club’s Academy has also been a focus.

Having served as the club’s Academy Director before his offseason promotion, new Republic FC Head Coach Mark Briggs was pleased with what he saw out of the half-dozen Academy products that saw the field in Saturday’s 1-0 win against Reno 1868 FC.

“It’s good from a club perspective for the academy players to see what’s being taught to the first team, what standards the first team players have, to hear the methodology that’s coming from me because then it’s a trickledown effect and the rest of the club starts to hear the same messaging,” said Briggs.

“I think there’s an awful lot of talent here to be honest, which is why I originally came [to the club] as the Academy Director,” he added. “Now it’s about utilizing that talent and giving that talent an opportunity to represent the first team.”

Republic FC’s Villyan Bijev scored the lone goal against Reno as he builds up to his third season in Old Glory Red, but the presence of Academy players Mason Pahule, Esteban Garcia and Giovanni Ceja – who be looking to follow in the footsteps of recently-minted professional signings Mario Penagos and Hayden Sargis – was also a big positive for Briggs to come out of the game.