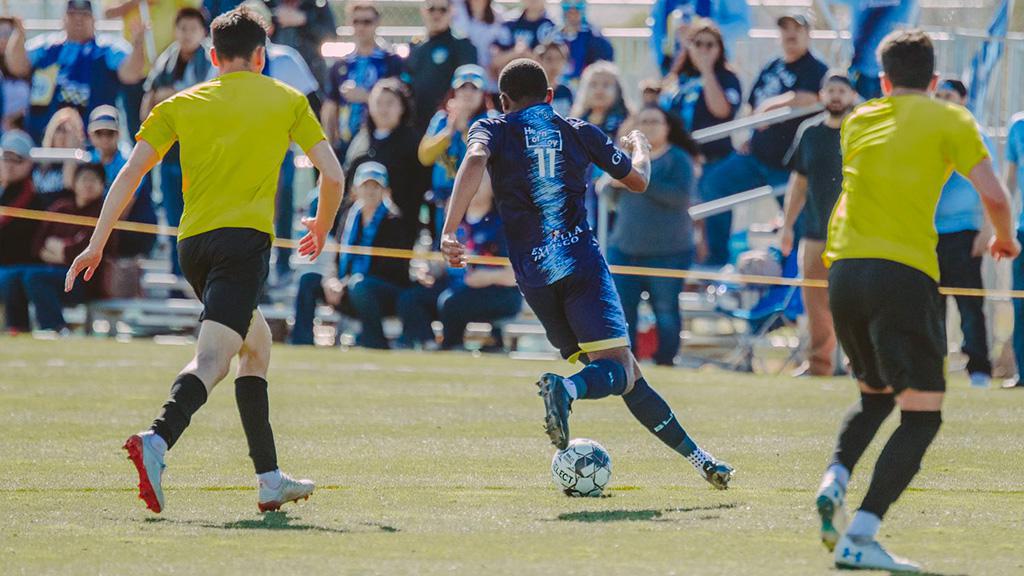 New Mexico took the early lead on the first opportunity of the match when Romeo Parkes scored in the fifth minute after an uncharacteristic giveaway in the back by El Paso allowed the Jamaican forward to neatly slot the ball into the net.

United added to its lead with about 10 minutes to go in the first half off a free kick by Chris Wehan, which squirted through the mass of players and took an unlucky deflection off Locomotive FC defender Moses Makinde, resulting in an own goal.

Both squads changed en masse at halftime, and the second half saw Locomotive FC begin to settle into its trademark possession style. Around ten minutes after the break, Omar Salgado delivered a cross into Alexy Bosetti as the hosts looked to cut into the deficit, but the French forward could not find the back of the net.

Shortly after, however, New Mexico added a third as Sergi calmly finished past Locomotive goalkeeper Jermaine Fordah for his first of the game. El Paso pulled a goal back when Salgado got the ball on the left-hand side, beat his man and calmly centered toward the penalty spot, allowing newcomer Distel Zola to neatly put the ball away.

United notched a fourth with around 10 minutes to go, however, as Sergi added his second to wrap up the victory.

Both teams went scoreless through the initial 90 minutes, but in the 104th minute Republic FC pounced on a turnover in Reno’s defensive half, allowing Bijev to steer his shot towards the far post.

“I thought it was a really worthwhile exercise,” said Republic FC Head Coach Mark Briggs. “I think the preseason games that we’ve had so far, teams have put us in uncomfortable positions. [Reno Head Coach Ian Russell’s] done a fantastic job at Reno and we’re getting put in uncomfortable positions that we’ll be put in when we open up against Tulsa on day one and for the rest of the USL season.”

The hosts took the lead in the 16th minute when Greenville’s Omar Mohamed was brought down just inside the penalty area, allowing Walker to convert from the penalty spot. Mohamed almost doubled Triumph SC’s lead nine minutes before halftime, too, forcing a save from Battery goalkeeper Phil Breno.

The Battery threatened to equalize in the 69th minute but couldn’t force home a finish despite a series of chances. Greenville’s defense also held firm the rest of the way to take the preseason win.