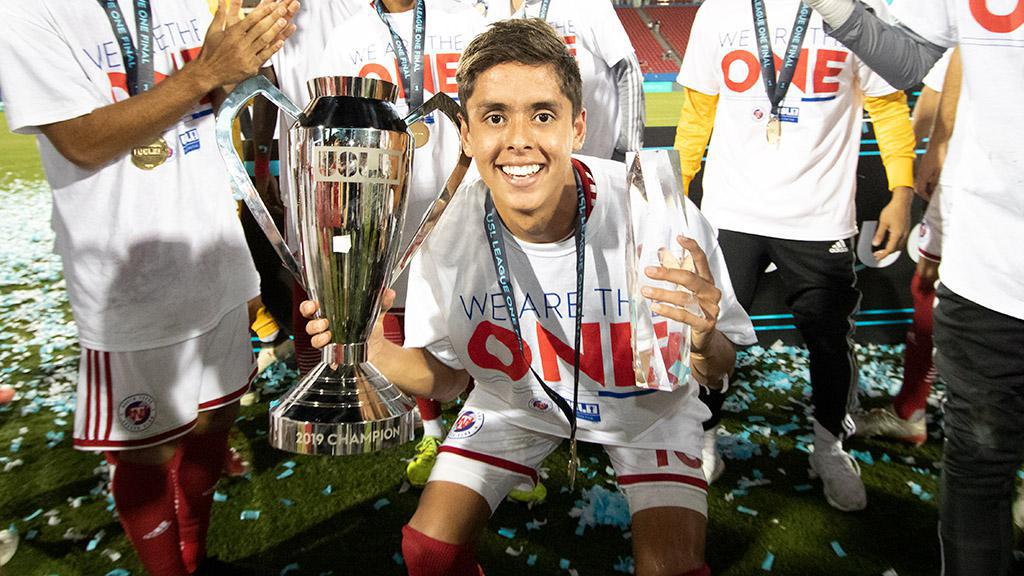 Arturo Rodriguez claimed 2019 USL League One MVP honors while leading the side to a title in its inaugural season. Now he's the latest League One standout to join Real Monarchs SLC for the 2020 Championship season. | Photo courtesy North Texas SC

Earlier this offseason, Real Salt Lake Technical Director Dan Egner made plain his view that players in the USL Championship were being undervalued by clubs in Major League Soccer.

“I think it’s one of the biggest market inefficiencies in MLS,” Egner told The Athletic’s Jeff Rueter.

RSL has certainly worked over the past six months with this perception in mind. It’s happened at the MLS level with Douglas Martinez and Maikel Chang making the step up from Real Monarchs SLC and the acquisition of Alvin Jones from OKC Energy FC.

It’s also happened this offseason at the Championship level, with 2019 League One MVP Arturo Rodriguez the newest arrival for the Monarchs on Thursday on a one-year loan with an option to buy from North Texas SC.

Rodriguez’s arrival follows the acquisitions of the Richmond Kickers’ Joe Gallardo – a 2019 League One All-League selection – and Greenville Triumph SC’s Chris Bermudez, who helped his side reach the League One Final against Rodriguez’s North Texas SC last October. All three players are 22 years old and under, as is Devin Vega, signed this offseason as a free agent from Phoenix Rising FC.

There is an added level of intrigue to Rodriguez’s arrival, though. With North Texas, the young Mexican theoretically played himself into a position where he could be considered a prospect to join the club’s MLS squad. Dallas’ staff will certainly be monitoring Rodriguez’s progress, but with the Monarchs having an option to buy included in the loan agreement, there’s clearly more than a chance that Rodriguez could be on the move to Zions Bank Stadium permanently in the future.

Dallas, of course, hasn’t been reticent to send players that helped North Texas win the League One title last season out on loan for the new campaign. Earlier this week, defender Callum Montgomery headed to the Championship’s San Antonio FC, and on Wednesday night suited up against his parent club in an entertaining preseason exhibition at Toyota Field.

Then there’s Brecc Evans, who joined Montgomery in North Texas’ back line last season and will spend the 2020 campaign with the Championship’s Austin Bold FC. It’s a smart big-picture move by Dallas, which gets to test its players in new scenarios while also opening up starting places for the next crop of talent under NTSC Head Coach Eric Quill’s tutelage in League One this season.

The Monarchs, of course, aren’t the only Championship club to have recognized the potential top League One talent can offer. Back in November, Indy Eleven got the ball rolling with its acquisition of League One Defender of the Year Conner Antley from South Georgia Tormenta FC, and others from last year’s League One All-League Team like Nick Moon (Indy Eleven), Tumi Moshobane (San Diego Loyal SC), and Rafael Mentzingen (Memphis 901 FC) will be competing in the Championship this year.

But Egner and his team have been the most aggressive in restocking the defending Championship title-holders’ squad with what they believe is talent that might previously have gone overlooked.

Should Real’s new acquisitions pair well with the talent returning to the club, including captain Jack Blake and defenders Noah Powder and James Moberg, it’s a model many more Championship clubs should look to follow in the future.

And that would continue to build a stronger ecosystem for players and clubs alike throughout the United States.