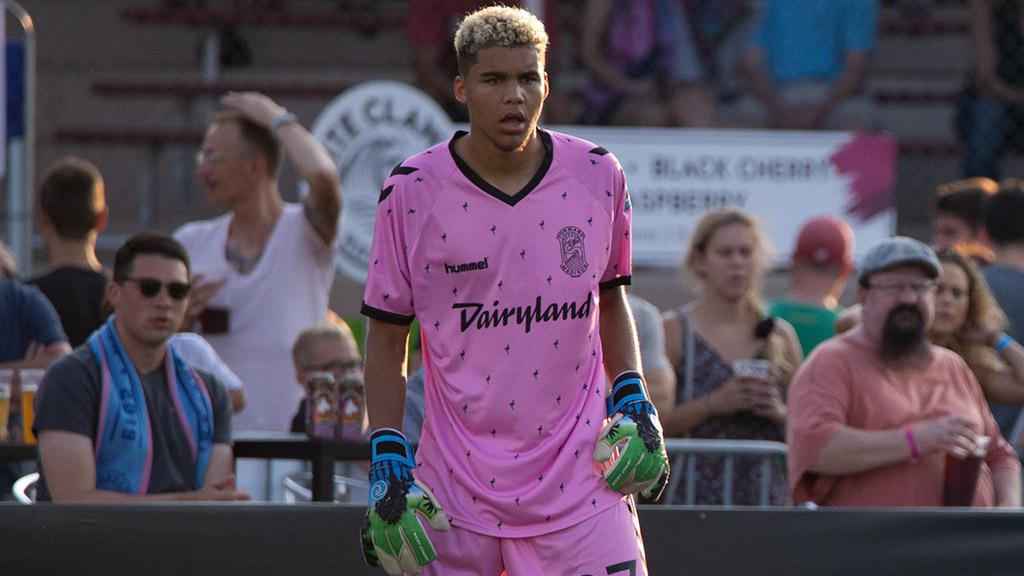 “We want to thank Adrian Heath and the entire Minnesota United FC organization for the loan,” said SAFC Head Coach Alen Marcina. “Dayne performed exceptionally in college and has tremendous potential to be a premier goalkeeper. He boasts the qualities we seek both on and off the field, and we are looking forward to working with him.”

St. Clair – a Generation Adidas athlete – was originally selected in the first round (seventh overall) of the 2019 MLS SuperDraft by Minnesota after a stellar college career at Maryland. St. Clair has one loan spell under his belt, making five appearances in 2019 with Forward Madison in USL League One while keeping one clean sheet and recording five total saves.

The 22-year-old played four years at Maryland from 2015-18 where he led the Terrapins to the 2018 NCAA National Championship. While in college, the Canada native also played for USL League Two sides K-W United FC and the New York Red Bulls U-23.

“I’m really excited,” said St. Clair. “I think this is a good move for myself and the club, and I’m very excited to get started and defend 210.”

BATTERY BRING ABOARD GDULA: The Charleston Battery made their third addition of the offseason on Wednesday morning with the signing of defender Logan Gdula.

Gdula was selected with the 13th overall pick in the 2019 MLS Superdraft by FC Cincinnati, joining the former USL Championship side ahead of its inaugural season in Major League Soccer. Last season, Gdula spent time on loan with both the Championship’s Phoenix Rising FC and Hartford Athletic, and while in Hartford he made 15 appearances and topped the 1,000-minute mark, finishing with 34 clearances and 23 interceptions.

At the collegiate level, Gdula was a standout for ACC powerhouse, Wake Forest University, from 2015-2018. Gdula helped the Demon Deacons reach the 2016 College Cup Final, where the team finished runners-up to Stanford University before before posting two goals and 14 assists in his final two seasons at the program.

Fehr played more than 2,000 minutes in 25 appearances for Lights FC in 2019 as Head Coach Eric Wynalda utilized the former United States U-20 international in multiple positions. Fehr logged a passing accuracy rate of 87.3 percent on 46.9 passes per 90 minutes for Lights FC, and recorded 35 clearances and 22 interceptions defensively for the side.