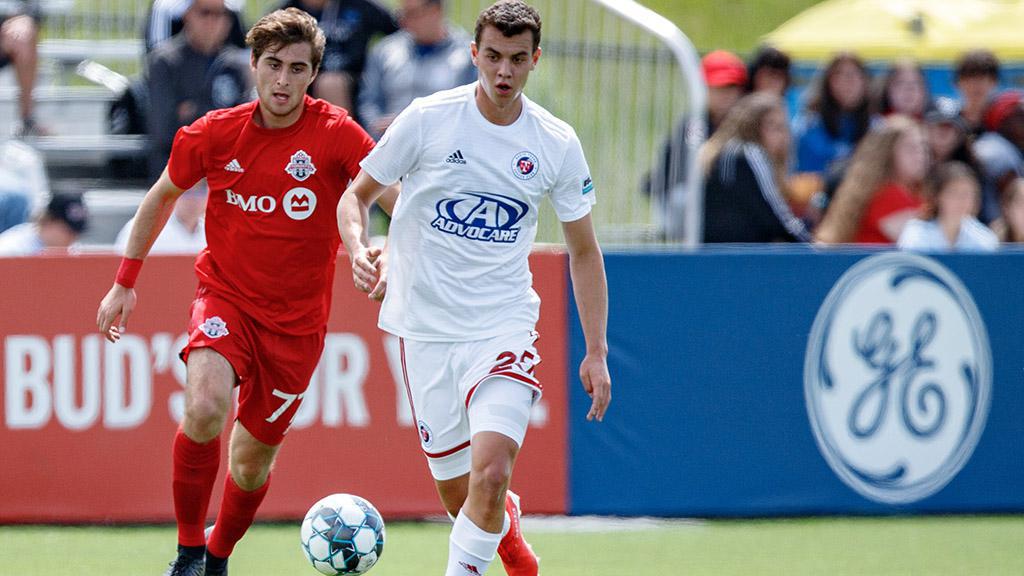 “We are very excited to welcome Callum Montgomery to the SAFC family,” said SAFC Head Coach Alen Marcina. “We want to thank Luchi Gonzalez and his staff at FC Dallas for the loan. Callum is a tenacious left-footed center back that possesses the characteristics to fit our team identity on and off the field.”

The fourth overall selection in the 2019 MLS SuperDraft by FC Dallas, Montgomery recorded 22 appearances for North Texas and led the side in clearances (76), blocks (17) and aerial duels won (69) while also registering three goals in his rookie season. A former standout at UNC Charlotte, Montgomery was named the Conference USA Defender of the Year in his senior season while also earning United Soccer Coaches’ Frist Team All-American honors. The defender also made 25 appearances for the Victoria Highlanders in USL League Two while in college.

“I’m super excited to join this club,” said Montgomery. “It’s a good opportunity to get games at a high level and hopefully help contribute to the team’s success and bring a championship back to San Antonio. I want to win everywhere I play, so I am excited for the opportunity.”

GEBHARD SIGNS WITH INDEPENDENCE: The Charlotte Independence announced on Tuesday the club had signed midfielder Derek Gebhard to a permanent deal for the 2020 USL Championship season. The 24-year-old winger previously played for the Independence on loan from fellow Championship side El Paso Locomotive FC in the 2018 season.

“It’s certainly great to have Derek back,” said Independence Head Coach Mike Jeffries. “As an attacking guy with a lot of pace, he brings a dynamic ability to stretch opposing defenses and that's something we saw in the time he spent with us before. The familiarity he has with our system is definitely a positive going into this season.”

Most recently, the Blue Hill, Maine native competed for the Championship’s OKC Energy FC after being acquired from El Paso Locomotive FC last August. Combined between the two teams, Gebhard totaled two goals, one assist and 24 appearances during the 2019 season. While on loan to the Independence the season prior, he appeared in six games and scored a goal.

“Ash impressed us from minute one at our open tryout, and he continued to impress with our first team squad this preseason,” said Republic FC General Manager Todd Dunivant. “He has primarily played as an attacking player, but we think his skillset actually lends itself better as a wingback where he can join the attack late and create overloads. Ash’s journey with us is a great story of what is possible when you take your opportunity, and we are delighted to welcome him into the team.”

Apollon received an invitation to join Republic FC’s training camp following his performance at the club’s open tryouts. He had previously competed professionally in France, representing Stadium Racing Colmar in 2019, FC Mulhouse in 2018, and Voltigeurs de Chateaubriant in 2017.

Apollon was born in Boston, Massachusetts, but first took to the pitch at the age of 17 while living in Haiti. When he returned to the U.S., Apollon played collegiately for one season at Peninsula College in Washington where he scored 16 goals and lead the NWAC with 15 assists. During his single season at the Pacific Northwest junior college, Apollon helped guide his side to the 2013 conference championship.