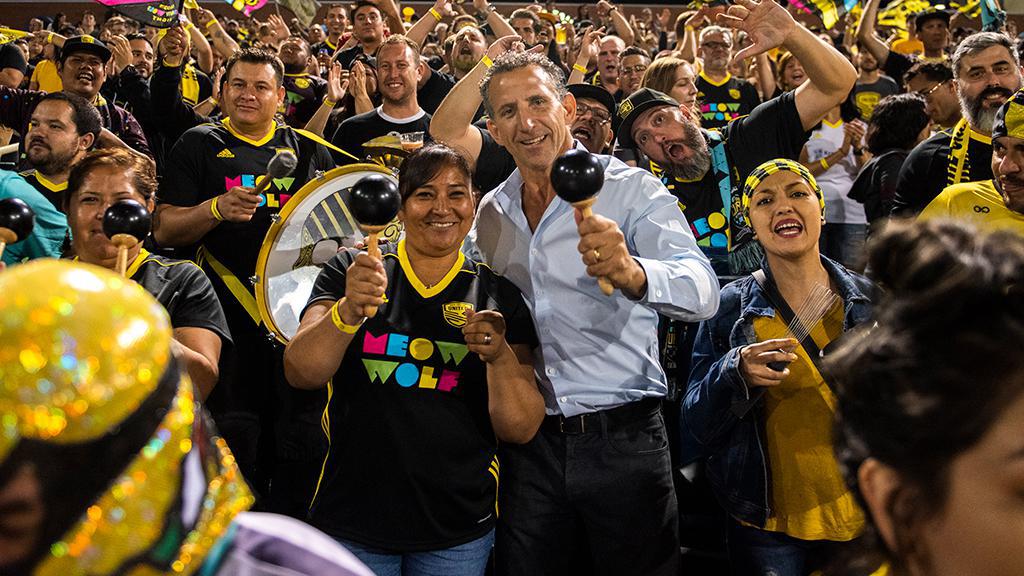 ALBUQUERQUE, N.M. – New Mexico United’s inaugural season in the USL Championship saw the club draw massive crowds to Isotopes Park as it led the league in attendance and reached the 2019 USL Championship Playoffs.

Now, the club – led by Owner and President Peter Trevisani – is aiming to partner with the City of Albuquerque, Bernalillo County and the state of New Mexico to take the next steps toward the development of a publicly owned facility that would include a soccer-specific stadium.

United is seeking between $5-to-$10 million in capital outlay funds during the current 30-day state legislative session that would be invested in site analysis, due diligence, planning, design and site acquisition for the project in Albuquerque in Bernalillo County.

According to Trevisani, though, the stadium element – which is currently targeting a 15,000-seat capacity – would be part of a larger multi-cultural project that would tie into the club’s overall mission to be an inclusive agent of positive change for all New Mexicans. Other features could include an art and cultural exhibit space, retail, restaurants and other commercial elements that would ensure year-round use of the facility. Public opinion research conducted on behalf of the team shows more than two-thirds of New Mexicans are in favor of the project.

“What we are really talking about is having it be for much more than just soccer, sports or music and have it be more of a sports and cultural center,” Trevisani told KOB.com’s Patrick Hayes. “We have artists that come from all over the state to help create it, it’s open every day.”

New Mexico is aiming to follow other clubs from the USL Championship that are in the process of building their own soccer-specific venues. Louisville City FC’s 11,700-seat stadium is scheduled to open this April, while Colorado Springs Switchbacks FC broke ground on its new 8,000-seat downtown stadium in December and the Charlotte Independence’s new home at Memorial Stadium is currently under renovation and scheduled to open at the start of the 2021 season.

Elsewhere in the Championship, OKC Energy FC will move into a new $37 million, 10,000-seat stadium in the next decade following the approval of Oklahoma City’s MAPS 4 project by an overwhelming 70 percent of voters last December.

Other projects for potential Championship clubs are also in the early stages in Providence, Rhode Island and Des Moines, Iowa, while USL League One’s South Georgia Tormenta FC and Chattanooga Red Wolves SC are in the process of building their own mixed-use facilities featuring stadiums that will become their permanent homes.

New Mexico’s proposal would include a mix of private and public money to fund the project, with lawmakers set to decide which capital outlay projects it will sponsor in the coming weeks. Trevisani is hopeful of approval, which would get the ball rolling on the major project.

“It's a multi-year process,” said Trevisani, “so if we're going to be playing in a soccer-specific stadium in three or four years, we're going to have to start that now.”