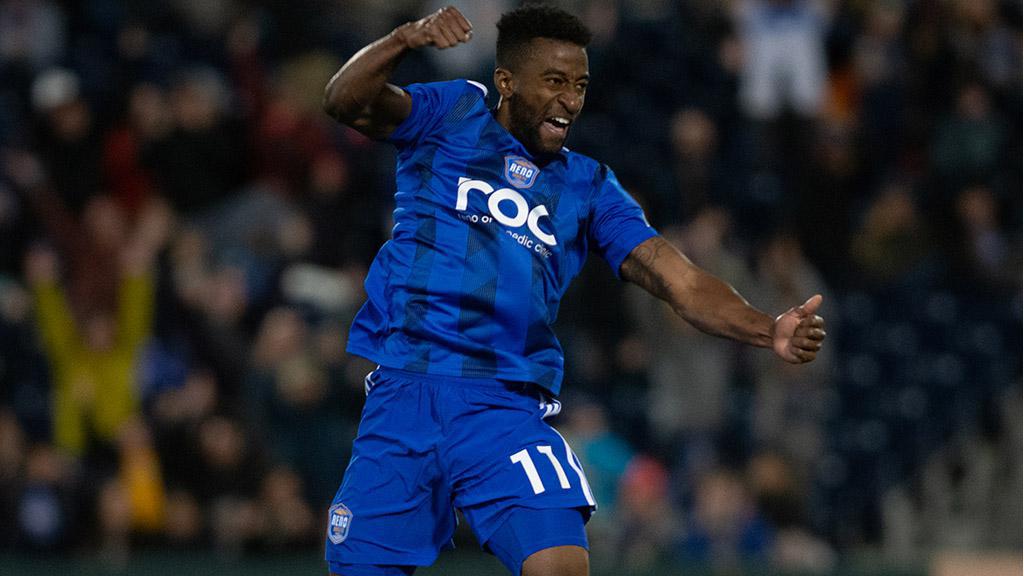 Over the past two seasons, Lacroix has been a mainstay for Reno making 62 appearances, scoring four goals and notching 11 assists. During the 2019 season, he was named to the USL Championship Team of the Week four times and totaled 42 chances created, good for second-most on 1868 FC.

“His ability to both defend and get forward into the attack is vital to how we want to play,” said Independence Head Coach Mike Jeffries. “He has excellent technical ability, a real acumen for timing his runs forward and ultimately creating chances.”

Prior to joining Reno, Lacroix played one season with Orange County SC. In 2015, he signed his rookie contract with Indy Eleven where he made 34 appearances over two seasons.

Pack joins the Independence after making six appearances last season for Pittsburgh Riverhounds SC. A former standout at UNC Charlotte, where he recorded a 0.81 goals-against average over 39 starts, the 25-year-old has also competed previously for the Portland Timbers 2 in the Championship.

“It’s a big plus to get a player who has local ties coming from a top program at UNC Charlotte,” said Jeffries. “Austin is a guy who has a good amount of experience at professional level and we’re excited to bring him into the group.”

“Dayonn is a dynamic winger whose first instinct is to create chances for others,” said RSL Technical Director Dan Egner. “He was a prolific talisman at UConn, and we think his skills will translate seamlessly to the USL Championship. He provides something different than any other winger we currently have at the club, and we can’t wait to see him on the pitch for the Monarchs in 2020.”

Harris was selected 20th overall by Real Salt Lake in the 2020 Major League Soccer SuperDraft. The 22-year-old played two full seasons at the University of Connecticut after taking a medical redshirt in his junior season in 2017. The Huskies alumni totaled seven goals and 16 assists in 38 matches, including nine assists during his senior season, ranking 10th in NCAA Division 1 in 2019.

Previously, Harris played two seasons at Penn State where he tallied four goals and two assists in 24 matches. The Milton, Ontario, Canada native has experience with the Canadian Youth National Teams, most recently playing with the U-20s in 2017.

In his time with FC Miami City, Nembhard appeared in three matches playing all 90 minutes with the club and scoring a goal in his first match against Weston FC. He'd follow up on his Miami City debut with an assist against Next Academy Palm Beach.

A former standout at Florida International University, Nembhard made 36 appearances for the Panthers, starting in 25 matches. His offensive game paid dividends for the Panthers as Nembhard scored two goals his senior year, both of which proved to be match-winners, while adding on one assist. He had previously spent one season at Southern Methodist University, where he played 1,225 minutes his freshman season and was named to the American Athletic Conference All-Rookie Team.