MURRAY: Rodrigo Da Costa is Back in Tulsa, and Now Has Backup

Brazilian playmaker achieved against the odds in 2019, can help club make leap forward this year 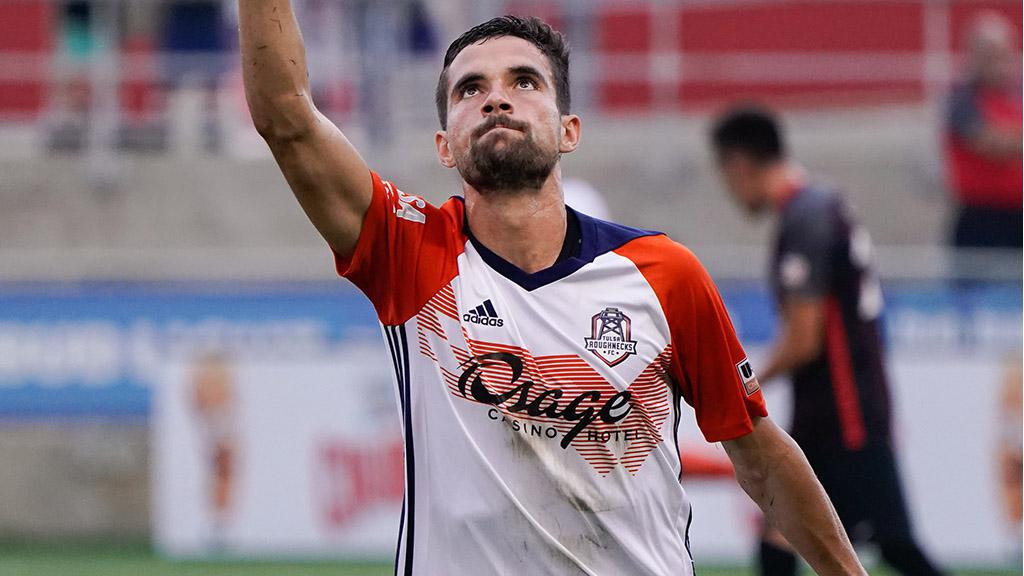 After recording nine goals and 13 assists in the 2019 USL Championship season, Rodrigo Da Costa is back with FC Tulsa in 2020 and has back-up to push the side toward its second playoff berth. | Photo courtesy Darren Abate / San Antonio FC

With as many players from playoff teams that can make a strong case for inclusion, earning a place nowadays in the USL Championship All-League Team on a non-playoff team can be a hard ask.

Simply put, your numbers and play need to stand out that much more, and on a team sitting below the playoff line there may not be as much help around to support you as those players at the clubs sitting at the top of the standings.

That’s why what Rodrigo Da Costa accomplished in 2019 for the then-Tulsa Roughnecks FC was remarkable, as his nine goals and 13 assists saw him voted among the league’s best.

And what should be worrying for other clubs in the Championship’s Western Conference as the Brazilian returns to a renamed club and upgraded squad at FC Tulsa this season? He’s now got a supporting cast that could make him even better.

Tulsa’s offseason renovation has occurred at all levels. There’s the new club name, crest and colors implemented by new owners the Craft family. There’s the heightened level of connection with the community, most recently visible in the club’s work alongside 83 United in assisting the Food Bank of Eastern Oklahoma.

And then there are the new arrivals that will suit up for Head Coach Michael Nsien this season. From former Nashville SC standouts Lebo Moloto and Bradley Bourgeois to a trio of players that have appeared for Nigeria’s National Team, FC Tulsa looks ready to make a move up the standings this campaign.

In Da Costa’s case, a continued rise for the club would mirror his own story. As my former colleague John Arlia detailed last year, the 26-year-old almost gave up on the game when a teenager after his father’s death in a shooting in Rio. It was only an offer to come to Florida to play college soccer that got Da Costa back on a path to the professional ranks. Even then, it took a diversion through the Florida Soccer Soldiers and the Lamar Hunt U.S. Open Cup.

Once he got to Tulsa, though, things started to take off. In fact, his play in 2019 was comparable to maybe the most talented player to have previously suited up for the club in its modern era, Argentine playmaker Juan Pablo Caffa.

While the level of experience and the road to Tulsa between the two was very different, there were parallels between Da Costa and Caffa in their first seasons at the club. This past season, Da Costa averaged 0.68 goals + assists per 90 minutes, a shade above Caffa’s mark of 0.65 in his lone season as a Roughneck. Caffa posted 74 chances created in Tulsa, while Da Costa’s past campaign saw him register 78.

Now, Da Costa gets to try and improve on those figures as he enters his prime. With the talent around him, he could have the chance to join elite company in the Championship’s attacking ranks numbers-wise, which would be a very good sign as Tulsa looks to kick off its new era with its second trip to the playoffs.