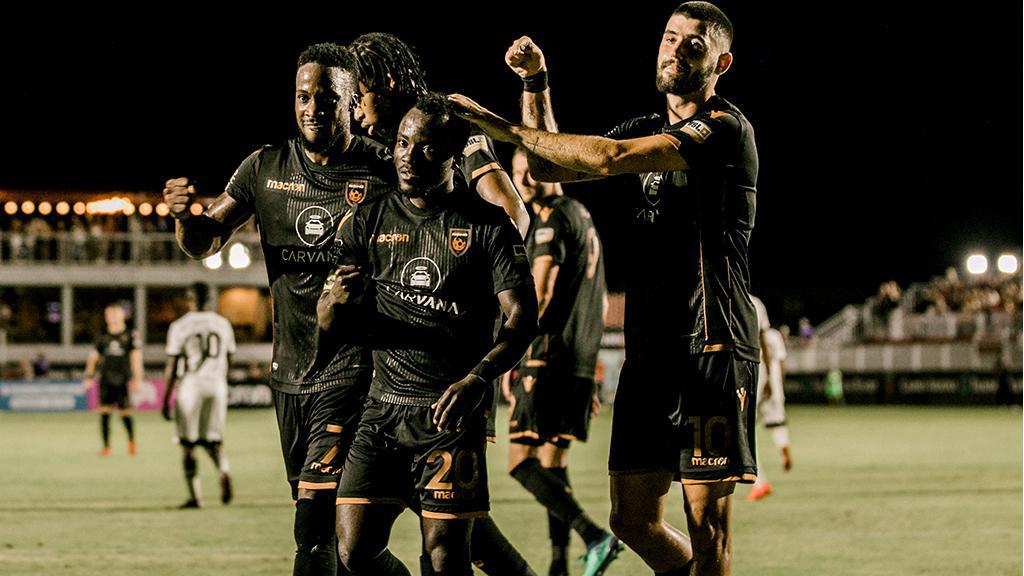 There should be no surprise as to which side fivethirtyeight.com has installed as favorite to claim victory in the 2020 USL Championship Final.

Returning most of the key players from a record-setting season, Phoenix Rising FC sits head-and-shoulders above the field as a 21 percent chance to be celebrating in November. Phoenix’s 38.7 overall rating places it at No. 331 in the world, above a group of sides from Major League Soccer including Minnesota United FC, Columbus Crew SC and Sporting Kansas City.

As for the side rated most likely to face Phoenix from the Eastern Conference? Well, that might raise some eyebrows.

Newcomer The Miami FC rates a 19 percent chance to reach the USL Championship Final according to the analytics-based predictive website, giving it a three-percent edge on Florida rival the Tampa Bay Rowdies and Indy Eleven as the preseason gets underway.

As for Louisville City FC, which will be looking to reach its fourth consecutive USL Championship Final and become the first team to lift the trophy three times? It’s sitting at 12 percent despite returning much of the roster that continued the side’s success in 2019.

Other notable data from the initial 2020 season ratings includes good news for San Antonio FC and Saint Louis FC fans, with both clubs predicted for bounce-back campaigns after missing the postseason last year. SAFC is rated an 83 percent chance to reach the postseason – good for third-best in the Western Conference behind Phoenix and Orange County SC – while STLFC is rated a 75 percent chance to see playoff action for the second time in its history, putting it seventh-best in the East.

Meanwhile, the Championship’s other newcomer, San Diego Loyal SC, comes in at a 55 percent chance to reach the postseason in its inaugural season with a projected total of 46 points. SD Loyal fans should be able to take heart from last year’s projections, which placed then-expansion side New Mexico United outside the playoff picture, only for NMU to reach the postseason at its first time of asking.

As for teams that are going to have to prove it on the field, FC Tulsa’s offseason overhaul hasn’t quite moved the needle for the computers, which gives Head Coach Michael Nsien’s side a 24 percent chance at the postseason, while both Hartford Athletic (36 percent) and Las Vegas Lights FC (22 percent) are also facing an uphill climb according to the projections.