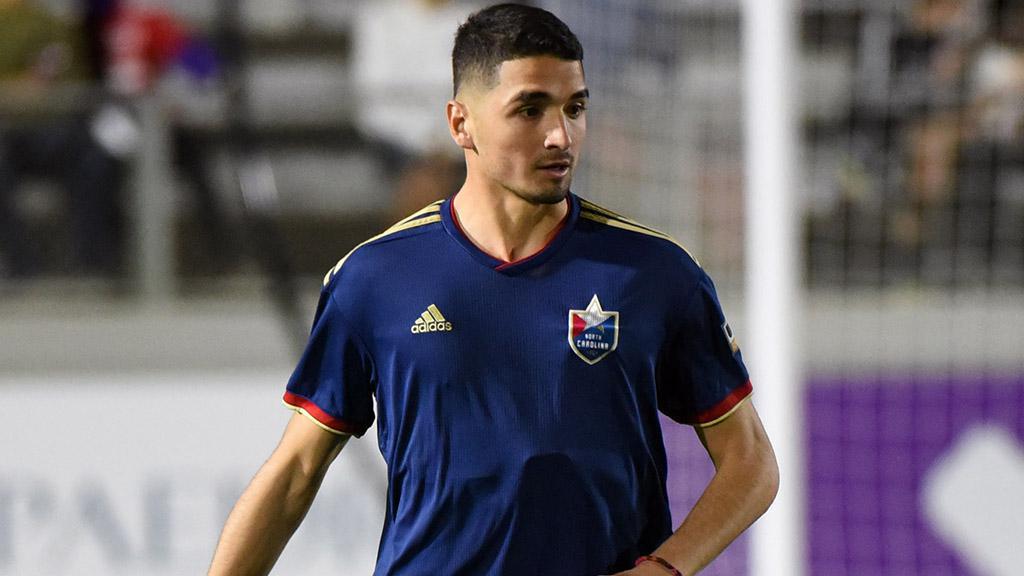 Perez spent the 2019 season at NCFC and recorded five assists in 23 matches across all competitions. Perez, of Garner, N.C., is an alumnus of the NCFC Youth Academy and played two seasons at North Carolina State prior to signing with Celtic to begin his professional career.

“I’m really pleased that we’re able to get Manny back for season two with the club,” said NCFC head coach Dave Sarachan. “I felt that Manny really grew from the very beginning of the year to the end as a professional. He had some injuries that sort of set him back, but I think he’ll have a much better starting point leading into our season compared to a year ago. He has a lot of ability that will hopefully come out.”

Perez signed with the 50-time Scottish champions in January 2019, inking a deal for three-and-a-half years with Celtic before remaining close to home and contributing to a 2019 NCFC squad that won 16 matches and reached the 2019 USL Championship Playoffs.

The 16-year-old Clark most recently played for Barca Residency Academy, where he made 58 appearances and totaled 15 goals since joining the academy program in 2017.

“Caden is a young exciting player that we believe has a lot of potential within our system. We are really excited to start working with him and see how far we can push him in his development,” said NYRB II Head Coach John Wolyniec. “He is a very smart player that has a high level of technical ability. He has a ton of energy and plays both sides of the ball. I think what we like most though is his mentality and how he plays with such courage.”

A native of Medina, Minnesota, Clark began competing for the Minnesota Thunder Academy in the United States Soccer Developmental Academy in 2015. He made 37 appearances and recorded nine goals in two seasons. Last September, he was named to the United States U-16 National Talent Identification Camp.

LEGION FC MAKES TWO ADDITIONS: Birmingham Legion FC announced the addition of forward Rudolf Mensah, pending the finalization of a P1 visa and receipt of his International Transfer Certificate (ITC), and goalkeeper Ford Parker ahead of the 2020 USL Championship season.

“We are excited to add Rudolf and Ford to our roster,” said Legion FC President and General Manager Jay Heaps. “Rudolf is a dynamic, young attacking player with game-changing speed, and Ford is a player with excellent potential that can come in and provide us some quality depth this season at the goalkeeper position.”

Mensahpreviously played for Ghanaian Premier League club Liberty Professionals FC, where this season he recorded one goal in two appearances. The 18-year-old was scouted by Heaps and Head Coach Tom Soehn during a their most recent trip to Ghana in November and will join Prosper Kasim and Razak Cromwell – who were both signed after Heaps and Soehn scouted them in Greater Accra, Ghana – on Legion FC’s roster.

Parker, meanwhile, arrives after competing most recently for UC Irvine in 2019, where he started all 18 matches and posted a 1.10 goals against-average. His college career began at the University of New Mexico, where he played from 2015-2018, during which time he also competed in USL League Two for Albuquerque Sol FC.