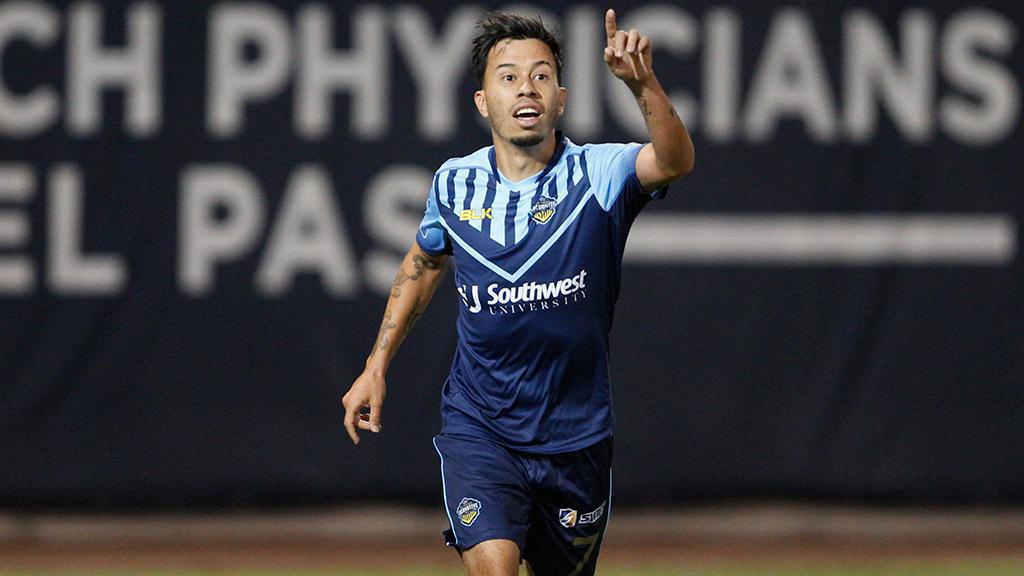 MIAMI – Miami FC announced on Wednesday the signing of creative midfielder Sebastián Velásquez ahead of the 2020 USL Championship season. The former Championship All-League selection is set to add to the attacking potential gathering in Miami, joining prior new arrivals Romario Williams and Vincent Bezecourt.

“Sebastián is a player that has been on our radar for a while,” said Miami Head Coach Nelson Vargas. “He’s the final piece we’ve wanted to complete our roster and we’re expecting great things from him. We know Sebastián will not only be a great addition on the field, but also off the field, where he is known for being very active in the community.”

Velásquez’ professional career began in 2012, where he was selected in the 2012 Major League Soccer SuperDraft by Real Salt Lake. Velásquez made 49 appearances for RSL and was part of the side that advanced to the 2013 MLS Cup, competing against Sporting Kansas City in the memorable title game.

Prior to his time in El Paso, Velásquez made a big impression in the Championship when he signed with Real Monarchs ahead of the 2017 season. In 49 appearances across two seasons with the club, he scored 16 goals and recorded 10 assists. His prolific attacking abilities helped the Monarchs claim the 2017 USL Championship Regular Season Title, while he individually earned All-League First Team honors the same season.

“We are excited to welcome Nicolas to the RSL family,” said RSL Technical Director Dan Egner. “Although only 22 years old, he comes to us with experience in the Argentinian first and second divisions. He is physically imposing, calm on the ball, and has good vision up the field. We are excited for him to get to work with [Monarchs Head Coach] Jamison [Olave] and the rest of the staff, and we expect him to make an impact in 2020.”

“Elijah and Mu are an important part of our team,” said Louisville City Head Coach and Sporting Director John Hackworth. “Despite their young age, they have already shown the ability to compete at a high level in training. We look forward to their continued development with us this season.”

Under Academy contracts, both Wynder and Ugarak retain their NCAA eligibility, but are included in club training and development plans. Wynder and Ugarak began training with the team in Louisville and earned a spot on the travel roster for the Florida phase of preseason. After proving themselves in Florida, Wynder and Ugarak were presented Academy Contracts and will potentially feature in the preseason matches this week against Major League Soccer’s D.C. United and Nashville SC.

“We are encouraged by the initial growth we saw from Elijah and Mu and we are looking forward to their continued development,” said Louisville City Director of Youth Development Mario Sanchez. “It is exciting to see such young talent training with the First Team on their path to the pros.”