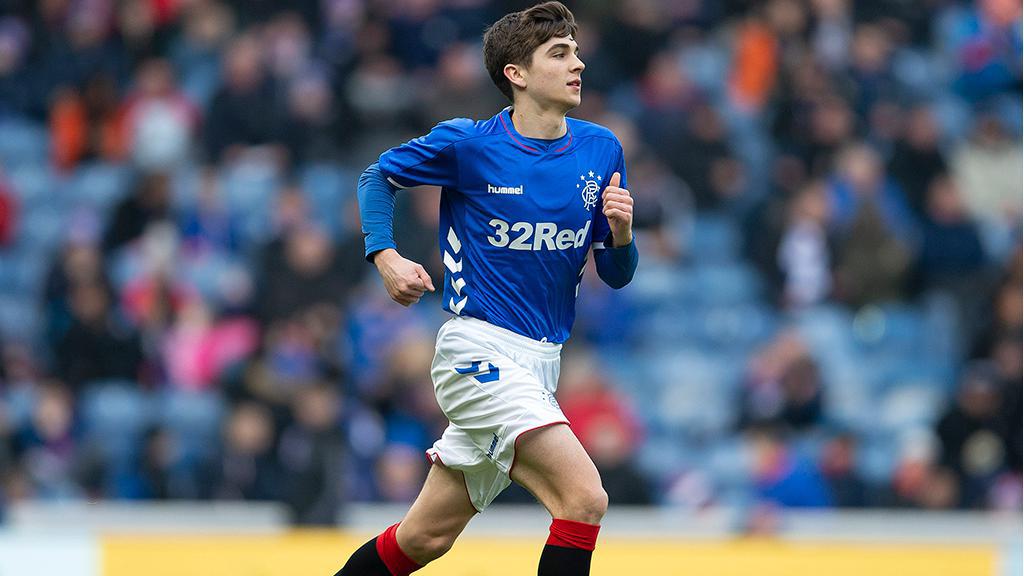 IRVINE, Calif. – Orange County SC announced on Monday the arrival of Cammy Palmer, Danny Finlayson and Matthew Shiels on loan from Rangers FC for the 2020 USL Championship season. The trio of young players will join the club pending approval of P1 Visas as part of Rangers’ partnership with the USL Championship side.

A Northern Ireland youth international, Palmer spent the first half of Rangers’ 2019-20 season on loan with the Scottish Championship’s Partick Thistle, where he made 20 appearances between July and December and scored one goal.

Shiels, meanwhile, arrives in Orange County after a loan spell at Scottish League One side Dumbarton previously this campaign. A Scotland U-19 international, Shiels made nine appearances for the Sons, and previously spent time with Edinburgh City during the 2017-18 season.

A second Northern Ireland youth international, Finlayson will move away from the Gers on loan for the first time. The defender has been a stalwart of the RFC Development Squad, starring in their run to the Semifinals of the Scottish Youth Challenge Cup so far this season.

“We feel that Danny, Cammy and Matthew will benefit from playing in a competitive and growing league within a challenging new environment whilst playing in front of expectant fans every week. We will track their progress closely,” said Rangers Sporting Director Ross Wilson. “We wish our three players and Orange County SC the best of luck for the season ahead in the USL.”

“We are delighted to add Matthew, Danny and Cammy to our team as part of our Rangers FC partnership,” added Orange County President of Soccer Operations Oliver Wyss. “Our technical staff had a chance to watch and meet the three European Youth Internationals and we could not be more excited to continue their professional development in our structure. This is a historic moment for our club and our fans will be pleased to see the players have an impact on and off the field for Orange County!”

In addition to the three arrivals, Orange County SC’s 14-year-old Francis Jacobs will join up with the Rangers under-16 team later this month as it defends the prestigious Alkass International Cup the side won last season.

Knights joins the club after competing for the University of the West Indies FC in Jamaica’s National Premier League. The 26-year-old brings international experience to SD Loyal, having made four appearances for the Jamaica National Team while being part of the country’s squad for the 2019 Concacaf Gold Cup.

“From the first moment we spoke with Amal, we knew we wanted him to be a part of our inaugural team,” said SD Loyal Head Coach Landon Donovan. “He's humble, hardworking and extremely grateful for this opportunity. He will be a great asset to our club.”

Lawal, meanwhile, arrives after a 2019 season for Fresno FC in which he recorded 10 goals and three assists in 30 appearances. The 24-year-old Nigerian forward scored an average of a goal every 156.3 minutes for the Foxes while seeing action as a starter and off the bench.

“Qudus has virtually unmatched talent and ability and scored double-digit goals in limited minutes last season with Fresno FC,” said Donovan. “He is a player we are all excited to work with and help get to the next level in his career.”

“He’ll be a good player for us,” said Energy FC Head Coach John Pascarella. “He’s good on the ball, and now he just has to get a little fitter for the outdoor game. He’s just a great connector, and he’s going to help us keep possession.”

Saari, a 24-year-old native of Kansas City, Mo., made 19 appearances for Sacramento in 2019 after making 39 appearances for the USL Championship’s Tacoma Defiance from 2017-2018, recording four goals and six assists.