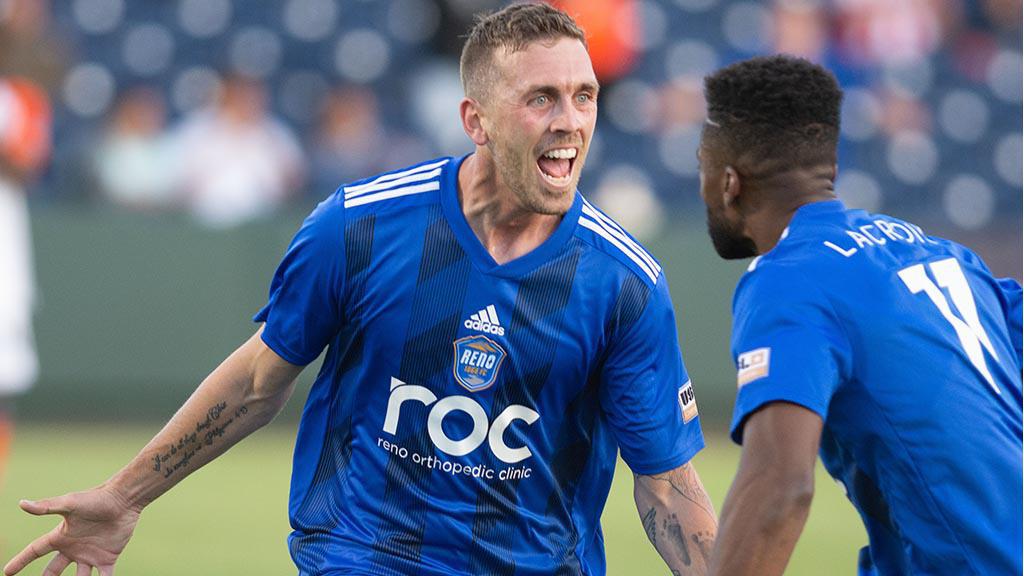 Forward Corey Hertzog led Reno 1868 FC with 18 goals in the 2019 campaign to become the latest prolific scorer for Head Coach Ian Russell's side, which has scored a Championship-high 203 goals in the past three regular seasons. | Photo courtesy David Calv

Quick, name the side that has scored the most goals in the USL Championship over the past three regular seasons.

What clubs come to mind first?

With 203 goals over its first three seasons, Head Coach Ian Russell’s side has been among the most entertaining sides in the Championship. And, with the arrival this offseason of forward Foster Langsdorf and winger Christiano Francois to complement returning standout Corey Hertzog, that trend shows no signs of slowing down.

The stats, at their core, are a testament to the approach Russell has brought since being appointed as 1868 FC’s Head Coach. A former attacking midfielder himself, the 44-year-old is programmed to play a pedal to the metal style that keeps opponents on the back foot.

“I want my teams to express themselves going forward,” said Russell recently. “Obviously, you have to defend or else you’re not going to win a lot of games, but I didn’t want to be a team that necessarily just sat back and counterattacked all the time, I wanted to try to keep the ball but try to go forward quickly and create a lot of chances.”

Looking for further proof? How about the career seasons that Reno’s leading scorers have put up over the past three years. First it was Dane Kelly, who while being the Championship’s all-time leading goalscorer had to wait until he reached Reno to win his first Golden Boot with a career-best 18 goals in the 2017 season. After Kelly moved on to D.C. United, Brian Brown entered the fray and put up 16 goals and six assists to lead the side in 2018.

Then, with Brown heading to Albanian champion FK Partizani midway through the 2019 season, Hertzog took over and finished the season with a career-best 18 regular-season goals and a fourth All-League selection.

Hertzog now leads a trio including Langsdorf and Francois that has combined for 97 goals in the Championship during the regular season. 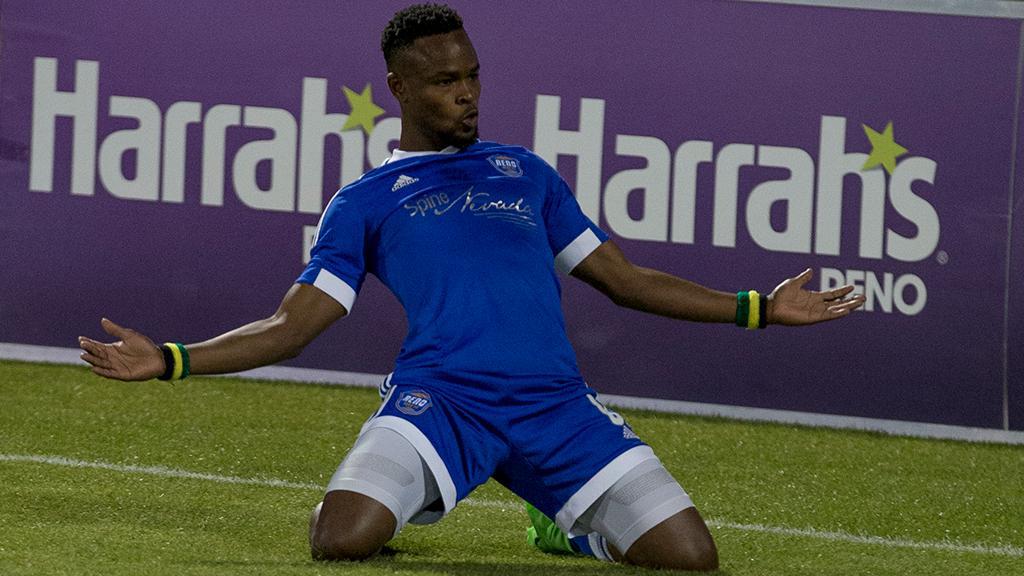 Dane Kelly is the Championship's all-time leading scorer, but it wasn't until 2017 with Reno 1868 FC that he won his first Golden Boot with an 18-goal campaign for the expansion side. | Photo courtesy Tom Smedes / Reno 1868 FC

And although Hertzog’s 62 overall tallies – placing him fourth all-time in Championship history – account for the majority of those, his new teammates are no slouches either. Over two seasons with the Portland Timbers 2, Langsdorf tallied 21 times and brings the pedigree of being a two-time Pac-12 Player of the Year at Stanford University with him to the Biggest Little City in the World.

Francois, meanwhile, has notched 14 goals and is coming off a career year at Ottawa Fury FC that saw him score eight goals, record six assists and earn his first call-up to the Haiti National Team. The threat the 26-year-old brings in both getting in behind defenses and taking on opponents in space is going to be an asset to Russell in 2020.

Reno’s production in the final third has also made the club an increasingly attractive destination for attacking players – and their agents – around the world.

“I think a lot of agents want to send their strikers to Reno because they’re probably going to have a career year here with the way we attack and score a lot of goals,” Russell said. “It benefits the player, our team, and then them personally.”

It also benefits 1868 FC’s fans, who have been witness to some of the best attacking soccer in the Championship since the club’s inception. After finishing in second place in the Western Conference a season ago, Reno is primed for another action-packed campaign at Greater Nevada Field this spring.