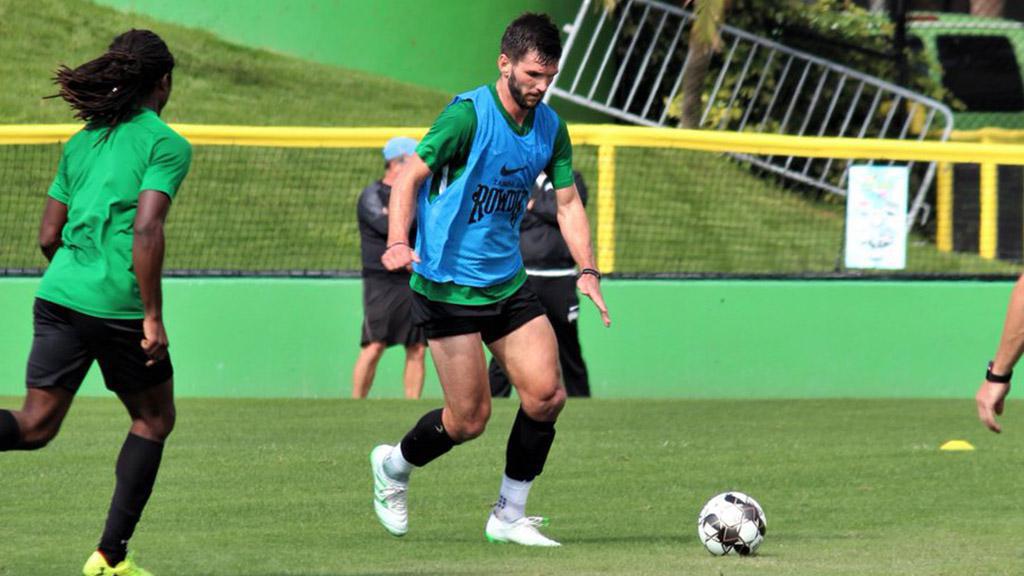 ST. PETERSBURG, Fla. – When the Tampa Bay Rowdies take to the field on Saturday, March 7 against the New York Red Bulls II at MSU Soccer Park, the side will have a very new look on its back line.

And at the center of that should be 2018 USL Championship Defender of the Year Forrest Lasso, who stands as one of the marquee signings this offseason by any club in the league and is ready to get going under Head Coach Neill Collins.

“I think Neill and I are almost cut from the same cloth,” Lasso said this week. “We’re from very similar molds. He reminded me that there’s a lot of pressure wearing the number three as a center back with the Rowdies. I welcome that with open arms. One of the main reasons I’m here is because Neill played at a high level for a long time and he knows what it takes. It’s an opportunity for me to pick his brain and learn from him.”

Lasso was the first of the new recruits brought in by Collins to replace some notable departures from the club. The Rowdies’ back three that started against Louisville City FC in last year’s Eastern Conference Quarterfinals? They’ve all moved on from the club, as has goalkeeper John McCarthy, who signed with expansion MLS side Inter Miami CF after his standout season for Tampa Bay.

Instead of the likes of Pape Diakite and Tarek Morad, the Rowdies will instead look to new arrivals including Aaron Guillen (North Carolina FC), Jordan Scarlett (New York Red Bulls II) and Mustapha Dumbuya (Phoenix Rising FC) to provide a secure foundation for the side, while another former Red Bulls II standout in goalkeeper Evan Louro looks the favorite to take over for McCarthy.

Coming off three consecutive Championship All-League First Team selections, though, Lasso figures to be one of the first names on the team sheet each week and one of the potential figureheads for the side as it looks to contend for a title this season.

“If I’ve done this for the past three years, my teammates, my coaches and my club are going to expect at least that standard for me,” Lasso said. “In my opinion, if I’m staying complacent or expect just that of myself, I’m not getting better. I’m internally motivated, I want to get better each and every day. I’ve been fortunate and blessed to earn some accolades along the way, but the past three Best XI frankly don’t matter in 2020. It’s a brand-new year with a brand-new team.”

HACKWORTH READY FOR ACTION: After a series of two-a-days to start preseason camp over the past week, Louisville City FC flew to Florida on Friday for the first of two trips away from their home city this preseason. The week-long trip to IMG Academy, which has been a staple of preseasons in the past for the side, will also see the club’s first official action, something Head Coach John Hackworth is looking forward to.

“It is our time to really concentrate on everything we want to do,” said Hackworth. “On top of that it is more important that we get some really meaningful competition. Playing two MLS teams, D.C. United and Nashville, will give us an excellent test of exactly where we are.”

Now a three-time defending Eastern Conference titleholder, LouCity has most of its vaunted lineup back in camp for the new season. That has meant one of the focuses of the opening week was making sure big offseason additions in defender Jimmy Ockford and midfielder Corben Bone were able to get acclimated to their new surroundings.

“I think because we have such a large number of returning players that it really wasn’t so much about teaching new ideas as making sure it was a review for the new guys,” said Hackworth. “Yes, for them, it was a little new, but for the most part I thought the guys, players and staff, dealt really well with it. In addition, we had a good number of academy guys joining us this week, which is an excellent way to build our pathway to the pros. So, a lot was accomplished this week.”

LouCity also got some positive news on Wednesday evening as it was handed a home draw in the Second Round of the 2020 Lamar Hunt U.S. Open Cup. The game, scheduled for April 7 against either Nashville United or Cleveland SC, will now become the first official game in Lynn Family Stadium history ahead of the club’s Championship home opener on April 7 against Birmingham Legion FC on ESPNews.

ORANGE COUNTY ADDS YOUNG TALENT: His name might not be as recognizable as some others arriving at Orange County SC this offseason, but the club’s Friday announcement that 18-year-old Blake Malone had joined the club on a multi-year contract was potentially a coup for President of Soccer Operations Oliver Wyss and his staff.

The reason? Malone is the latest top college prospect to forgo eligibility at a prestigious school making the decision to join a Championship side with the goal of reaching the highest level.

“I needed a new challenge to push myself to the next level,” said Malone in the club’s press release. “The USL is a very competitive league and OCSC specifically provides the professional pathway to achieve my dreams. As a defender, I'm focused on shutouts, working with my teammates and I'm ready to give everything I have for Orange County.”

A former Seattle Sounders Academy standout, Malone was the No. 2 defender in the Recruiting Class of 2019 according to TopDrawerSoccer.com and was named to the 2019 U.S. Soccer Development Academy Best XI. He also appeared in 2018 for Tacoma Defiance, coincidentally playing against his new side in a regular season contest at Championship Soccer Stadium before enrolling at the University of North Carolina last fall. 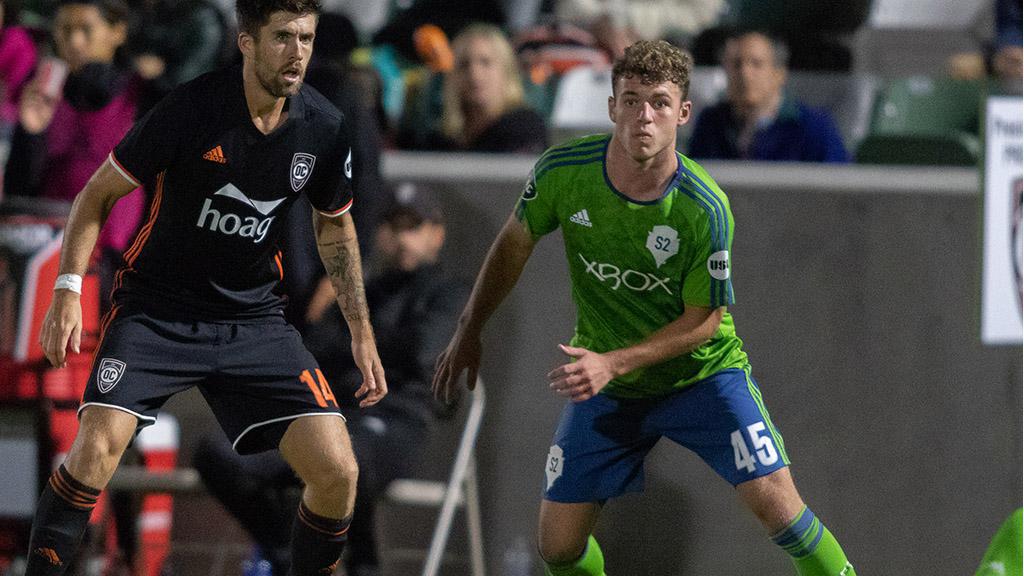 After a freshman season that saw him make 13 starts for UNC, he’s now joining a side that has been highly progressive in offering opportunities to young talent. A call-up to the U.S. U-20 Men’s National Team in this January’s camp that continued preparations for the Concacaf U-20 Championship this summer, Malone is now going to get to compete day-in and day-out under the guidance of Wyss and Head Coach Braeden Cloutier.

“We are delighted that Blake, a current U.S. U20 Youth International, has signed his first professional contract with Orange County,” said Wyss. “Blake has all the attributes to have a successful career on the highest level and we feel strongly that he will develop to his fullest potential in our professional structure.”