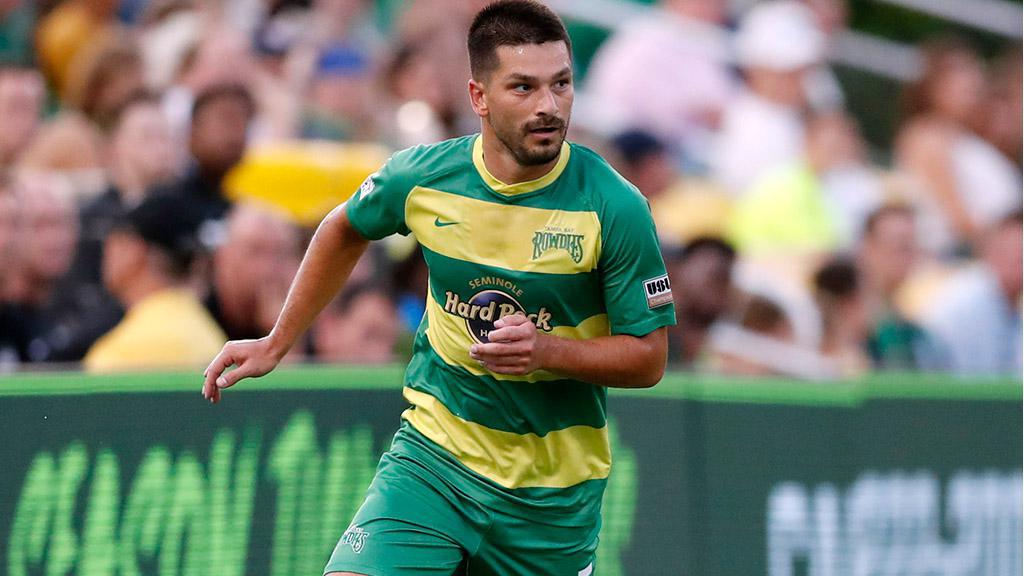 Najem joins United from the Tampa Bay Rowdies and brings prior USL Championship experience from the New York Red Bulls II, where he won the USL Championship Final in the 2016 season. A member of the Afghanistan Men’s National Team, Najem has made 69 appearances in the Championship regular season and playoffs in his career.

“I’m thrilled to be joining this exciting new soccer club. What they accomplished on the field and in the community in their inaugural season was truly something special,” said Najem. “I can’t wait to get to work to further these successes in year two.”

Prior to his professional career, Najem competed collegiately for Columbia University, where he recorded 10 goals and eight assists in 64 appearances. His stellar performance saw him named to the All-Ivy League Second Team on two occasions before in his senior year being named the Ivy League Offensive Player of the Year and All-Ivy League First Team.

The 27-year-old subsequently began his professional career in Germany with FC Eintracht Bramburg before joining the Red Bulls II for the 2016 season.

“David possesses an incredible mentality that's lifted each club he's played with over the last four seasons in the USL,” said United Head Coach Troy Lesesne. “He's superb technically and has a great understanding of the game. I'm looking forward to working with him and seeing the impact he makes with our club.”

LIGHTS ADD MURRELL TO BACK LINE: Las Vegas Lights FC announced on Friday it had signed Canadian defender Jordan Murrell to its 2020 roster.

“I'm really looking forward to putting on the Lights FC Jersey,” said Murrell. “I've been blessed to play football for a living, I'm working to continue improving every time I step out on the pitch. I want to take this team to the playoffs and potentially win the championship, I’m looking forward to bettering my career down here.”

Murrell was born in London, England before he relocated with his family to Canada, where he became part of the Canadian Youth National Team program at the U-18, U-20 and U-23 levels. A standout collegiately at Syracuse University, where made 74 appearances over four seasons, he was selected with the 57th pick of the 2015 Major League Soccer SuperDraft by Real Salt Lake.

“Jordan brings a lot of experience in our league to our team, he’s very versatile and quick. He brings a great attitude and he’s a good pro,” said Lights FC Manager Eric Wynalda. "His versatility will help us throughout the season, but I’m going to try and lock him in the left-back spot because he pushes the game on the field, he pushes the people around him and in the locker room.”

ROWDIES BRING IN THIRD GOALKEEPER: The Tampa Bay Rowdies announced on Friday the club had signed goalkeeper Ian McGrane to a one-year contract ahead of the 2020 USL Championship season, pending federation approval. Per club policy, further contract details were not disclosed.

“We’re delighted to add Ian to a goalkeeping group that we feel has a lot of quality in it,” Rowdies Head Coach and Technical Director Neill Collins said. “The competition between Evan, Macklin and Ian every day will make them all grow as players and benefit the Rowdies as well.”