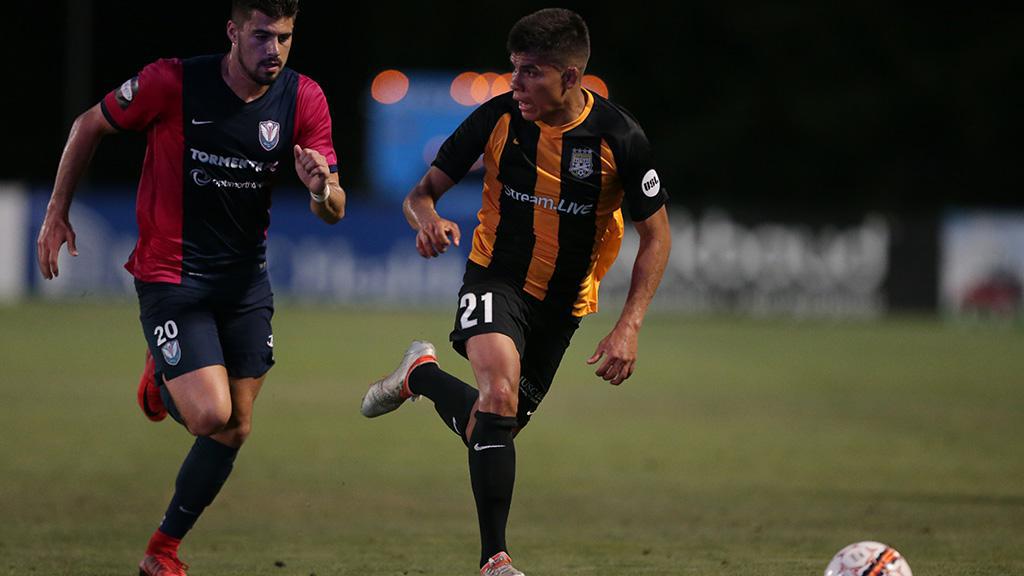 The Charleston Battery will host South Georgia Tormenta FC in one of three matchups between USL Championship and USL League One clubs set for the Second Round of the 2020 Lamar Hunt U.S. Open Cup. | Photo courtesy Charleston Battery

CHICAGO – U.S. Soccer announced the pairings for the Second Round of the 2020 Lamar Hunt U.S. Open Cup on Wednesday evening with three matchups that will see USL Championship opposition take on side from USL League One highlighting the slate scheduled for April 7-9.

Leading the trio is a southeastern clash between the Championship’s Charleston Battery and League One’s South Georgia Tormenta FC at Patriot's Point Soccer Stadium, which will see the sides meet for the first time with both in the professional ranks. The Battery previously earned a 1-0 victory in the 2018 tournament when Tormenta FC was a member of USL League Two in the prior tournament meeting between the sides.

The Championship’s New Mexico United, meanwhile, face a long trip as it looks to emulate its run to the Quarterfinals of the 2019 competition with a visit to 2019 USL League One side Greenville Triumph SC at Legacy Early College, while the Championship’s Birmingham Legion FC will visit League One’s Chattanooga Red Wolves SC.

Other potential matchups include some intriguing contests between Championship and USL League Two competition, with Las Vegas Lights FC set to potentially host longtime League Two power the Ventura County Fusion should it advance past Cal FC in the First Round.

Phoenix Rising FC, meanwhile, could play host to League Two’s FC Golden State Force at Casino Arizona Field, while the Tampa Bay Rowdies will host either The Villages SC or South Georgia Tormenta FC 2, Hartford Athletic will meet either the Western Mass Pioneers or GPS Portland Phoenix, and North Carolina FC will face either the North Carolina Fusion U23 or the South Carolina United Bantams.