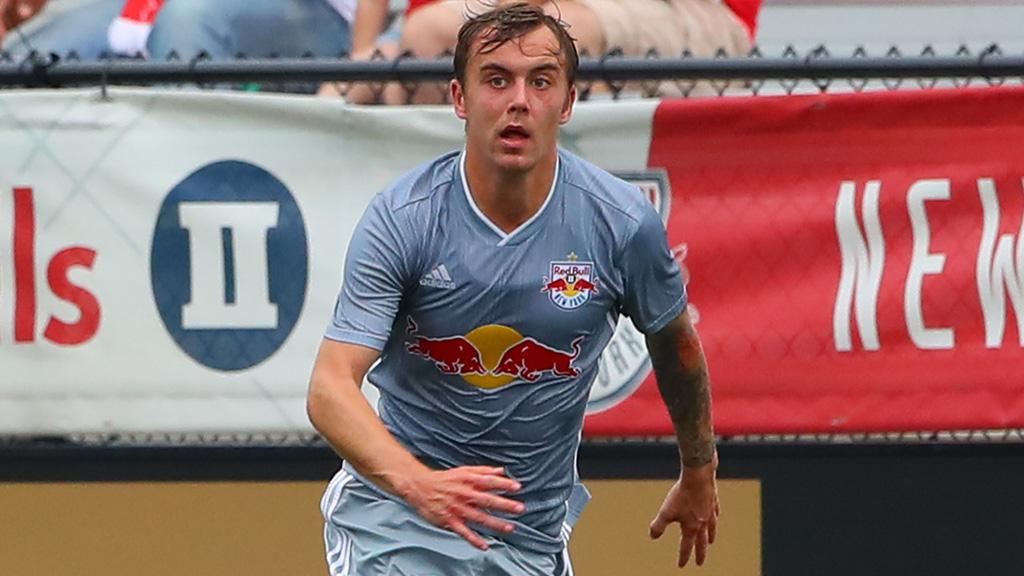 MIAMI – The Miami FC added left back János Löbe to its squad on Tuesday morning as it continued to build its roster ahead of the 2020 USL Championship season.

Löbe recorded seven assists and one goal in 24 appearances for New York Red Bulls II in the USL Championship last season, a successful rookie campaign after being selected in the First Round of the 2019 MLS SuperDraft by the Red Bulls. Löbe had previously played briefly in USL League Two for the New York Red Bulls U23 during the 2018 season before his senior campaign at Fordham University.

“We're excited to have János join Miami FC,” said Miami Head Coach Nelson Vargas. “He has the ability to get into attacking positions and has a very good left foot. He will give us depth and tactical flexibility as well.”

Although originally from Kierspe, Germany, Löbe moved to the United States in 2015, where he attended Fordham. Löbe was a standout during his four years in collegiate soccer, becoming only the second player in conference history to be named the Atlantic-10 Offensive Player of the Year on two occasions (2016, 2018). He was also named to the Atlantic 10 All-Conference First Team in all four seasons as he scored 26 goals and picked up 31 assists in 79 games for the Rams.

Barbir most recently suited up for German Verbandsliga side Sandhausen II while on loan from Romanian outfit Astra Giurgiu. He made 12 appearances for the club in the latter stages of the 2018-19 season, helping the side to a second-place finish in the Verbandsliga.

The Allentown, Pennsylvania native spent most his youth career in England, first with Manchester City before joining West Bromwich Albion in 2014. He signed his first professional contract with West Brom in 2015, and in the same year made two appearances for the United States at the FIFA U-17 World Cup in Chile.

Barbir also represented the United States at the U-19 level, and briefly competed previously in the USL Championship after signing late in the 2017 with Vancouver Whitecaps FC 2, where he made three appearances.

ATLANTA ADDS LUNDGAARD IN GOAL: Atlanta United 2 announced on Monday it has signed goalkeeper Ben Lundgaard. The 24-year-old goalkeeper spent time on loan in the Championship during the 2019 season with Pittsburgh Riverhounds SC from Major League Soccer’s Columbus Crew SC.

“Ben comes to us after playing for one of the top independent clubs in USL and we are sure he is going to be a top-performer,” said ATL UTD 2 Head Coach Stephen Glass. “Our goalkeeping staff are excited to work with him and push him to reach his full potential.”

The 6-foot-6 goalkeeper was drafted by the Crew with the 21st overall pick in the 2018 MLS SuperDraft and spent the 2018 season on loan with the Championship’s Indy Eleven. Prior to his professional career, Lundgaard was a standout in USL League Two for the New York Red Bulls U23, where he was named League Two Goalkeeper of the Year in 2017 after conceding only 10 goals in 13 appearances for the side.

Originally from Wilmington, Delaware, Lundgaard played four seasons at Virginia Tech where he made 70 appearances and registered 23 shutouts, the second-most in program history. In his senior 2017 season, Lundgaard was named to the All-Atlantic Coast Conference First Team after leading the conference in saves and posting six shutouts.