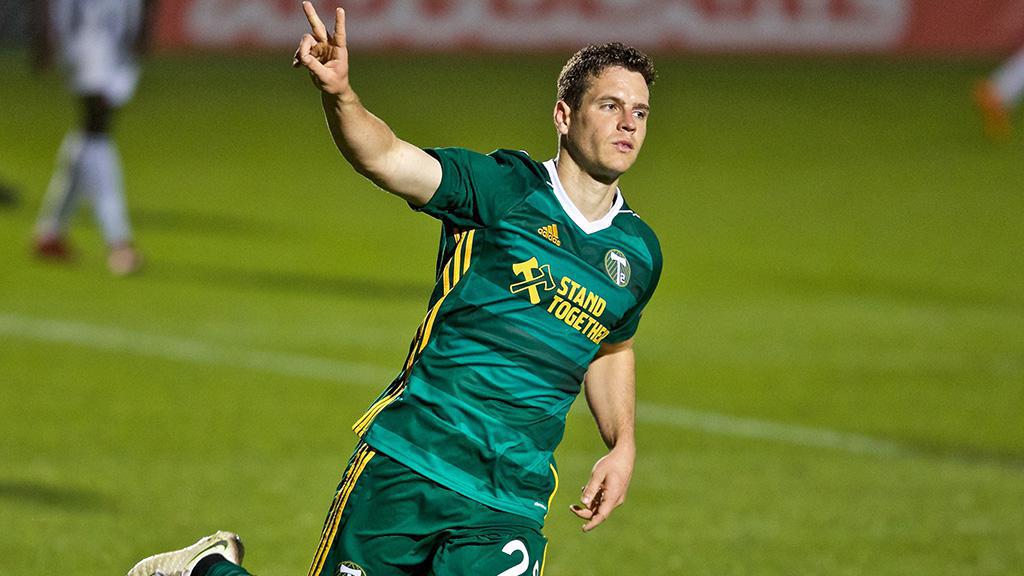 “Langsdorf is a player we’ve liked for a few years, all the way back to when he was at Stanford where he won three national championships,” said Reno Head Coach Ian Russell. “He just brings a really good mentality to the team. One thing that stands out is his work rate defensively, he can lead the press.”

The 24-year-old is coming off a 2019 season that saw him score seven goals and tally six assists in 27 games for Portland in the Championship. In 2018, Langsdorf set a T2 record with 14 goals, adding four assists in 30 appearances, which included the first hat trick in T2 history against the LA Galaxy II on May 28, 2018.

Prior to being signed as a Homegrown Player by Portland, Langsdorf played collegiately at Stanford University, where he set Pac-12 career records in points (86) and goals (37). While a member of the Cardinal, Lansdorf won three consecutive NCAA National Championships (2015-17) and was the Pac-12 Player of the Year in both 2016 and 2017.

“Ally is a gifted central midfielder with tremendous experience at such a young age. Coming off a season in MLS with Minnesota and having represented his country at every youth national level, he is ready to contribute right away,” said Loudoun Head Coach Ryan Martin. “Ally has a good range of passing and vision. He’s also an impressive tackler and will be an exciting addition for Loudoun United.”

Ng’Anzi joins Loudoun United from Czech team MFK Vyskov. The Tanzanian midfielder had an impressive three years of international experience under his belt before making his professional debut in the United States. He captained the Tanzanian U-17 and U-20 teams through the Africa Cup of Nations (AFCON) competition, and this past August earned his first call-up to the country’s senior national team.

Minnesota United FC acquired Ng’Anzi on loan in March of 2019 with the intention to have him play with USL League One partner Forward Madison FC. In his stint with the League One side, the 19-year-old made three appearances and recorded a 75 percent tackle success rate.

“Bradley is a quality player who will play an important role at the fullback position,” said ATL UTD 2 Head Coach Stephen Glass. “We saw him in the league last season, and he appeared against the First Team in the Open Cup. We were impressed with his performances and we expect him to strengthen our team.”

Kamdem joins ATL UTD 2 after spending the 2019 USL Championship season with Saint Louis FC. He made 18 appearances in league play and recorded two assists while also appearing in each of Saint Louis’ U.S. Open Cup matches against Chicago Fire and Atlanta United. The 25-year-old played for Fresno FC in 2018 where he made 20 appearances and assisted three goals. He began his professional career with the Rochester Rhinos in 2016 where he played two seasons and made 49 appearances, scored one goal and registered three assists.

Born in Paris, Kamdem grew up in Calgary, Alberta and played college soccer at the University of Nevada, Las Vegas for three seasons. He was selected by the Colorado Rapids in the 2016 MLS SuperDraft but signed with Rochester in March 2016.