MURRAY: The Archer, a Hounds’ Legend and Heartbeat, Will be Missed

As he retires, Kerr’s place as an icon in the Championship, Pittsburgh soccer is assured 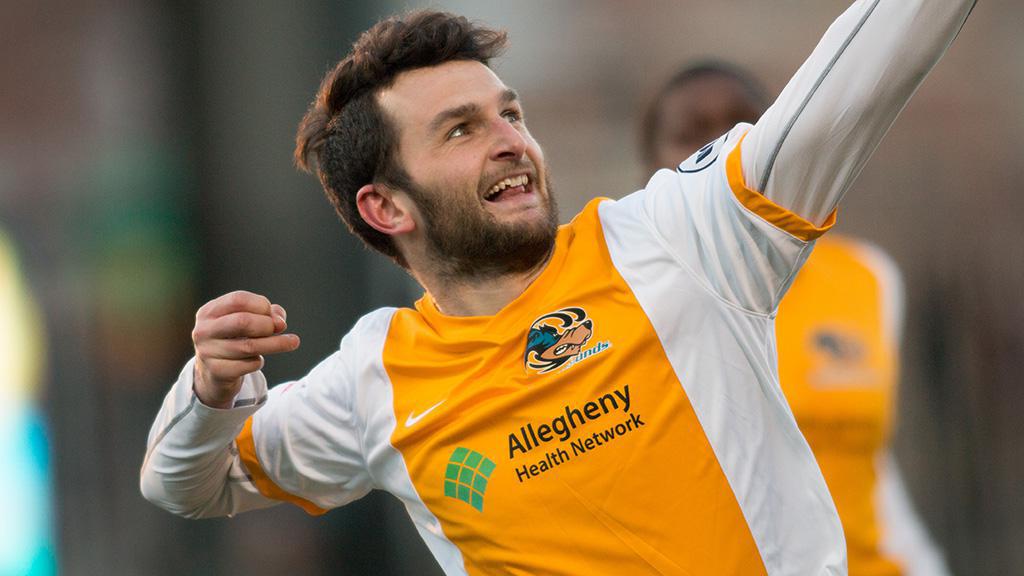 Even now, six months after he was last sighted, you can still picture The Archer. He’s drawing back his bow in celebration, the ball buried in the back of the net at Highmark Stadium.

His 14,825 minutes of league action are more than any other player to don a Pittsburgh Riverhounds SC uniform, as are his 27 league assists.

There’s never been anyone quite like Kevin Kerr in Hounds history.

The 31-year-old hung up his boots on Thursday, stepping away from the professional ranks to devote himself full-time to the development of those who will hopefully one day fill his shoes on the Highmark Stadium turf. It’s an ideal role for a player who technically and tactically was beautiful to watch in full flight over seven seasons on the banks of the Monongahela.

“I’m thankful for the support of the Riverhounds SC organization,” Kerr said in a club statement. “I’ve always felt like we’ve had a great relationship. The club and fans have been very good to me, and I tried to give them everything I had.

“I’m excited to begin full-time work with the Riverhounds Academy and dive into the youth side of things. I’m proud to have played for this organization for the past seven years, and it’s special to continue to be a part of it moving forward.”

Kerr arrived in 2013 as the Hounds were on the brink of a new era. Highmark Stadium was ready to open, and the club was flush with enthusiasm as the likes of Jose Angulo, Matt Dallman, Kerr and Rob Vincent were ready to try and help fire the club forward.

Angulo and Dallman shone brightly that first year in the new venue. The Colombian shared the Golden Boot with 15 goals and won the Most Valuable Player award, while Dallman set a then-league record with 12 assists. Two years later it was the turn of Vincent, who with Kerr beside him step-for-step, rang up 18 goals and made a run at the league’s MVP award.

In-between and after those seasons? Well, there were plenty of disappointments as well as the highs produced at Highmark Stadium in which Kerr was front and center. Who can forget the Miracle on the Mon in 2015, where Kerr bring the house down with his 95th-minute winner in a 6-5 victory against Keystone Derby Cup rival the Harrisburg City Islanders? It’s inarguably one of the greatest games in Championship history.

Those ups-and-downs lasted until the arrival of Head Coach Bob Lilley in 2018, with the past two seasons seeing Highmark Stadium host postseason action for the first time. Now, the Hounds – even with this offseason’s departures – appear to have put the past behind them as they look to solidify their place among the Eastern Conference’s contenders.

Throughout all those ups and downs, though, the constant was Kerr. No matter the result, or the performance, the former Scottish U-21 international was there to thank the Steel Army and the rest of the fans that came out to the stadium with a smile and a gracious word.

And it’s that – just as much as the thrills he brought during 188 total appearances across the regular season and playoffs he made for the club, second-most by a player for a single team in the Championship’s history – which made Kerr the beloved figure he is among Riverhounds SC supporters, and today’s news the end of an era. 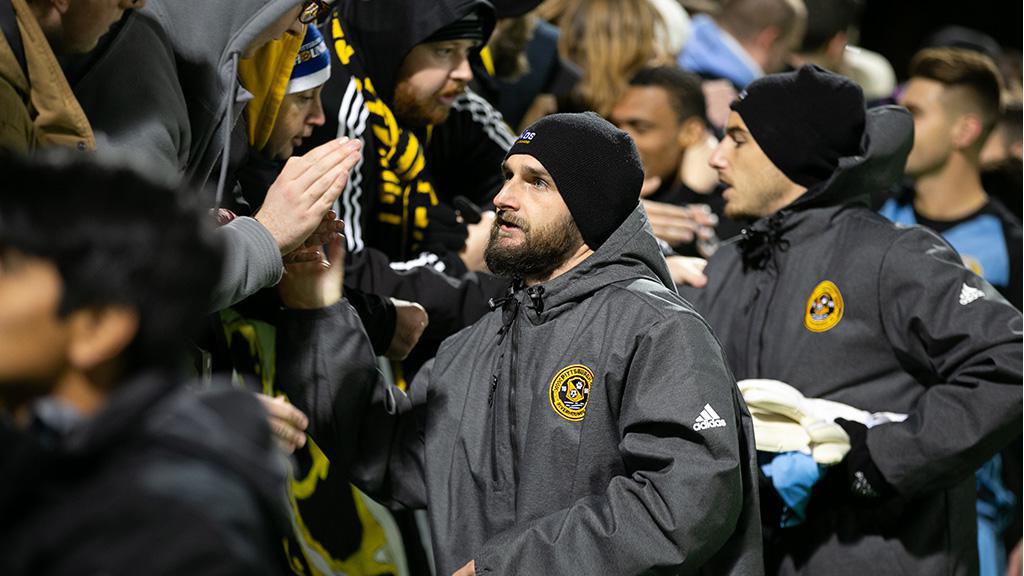 Across 188 appearances in the Championship's regular season and playoffs, Kevin Kerr's connection to Pittsburgh Riverhounds SC's supporters made him an icon for the club and the sport in the Steel City. | Photo courtesy Chris Cowger / Pittsburgh Riverhoun

“From a scrappy young kid who was getting some minutes and didn't know if he'd be back for a second year to becoming the undisputed heartbeat of this club,” said the club’s supporters’ group, the Steel Army in tribute on Twitter.

“For many of us, this man is Pittsburgh soccer.

Thank you, indeed, to The Archer. May your bow be ever at the ready.