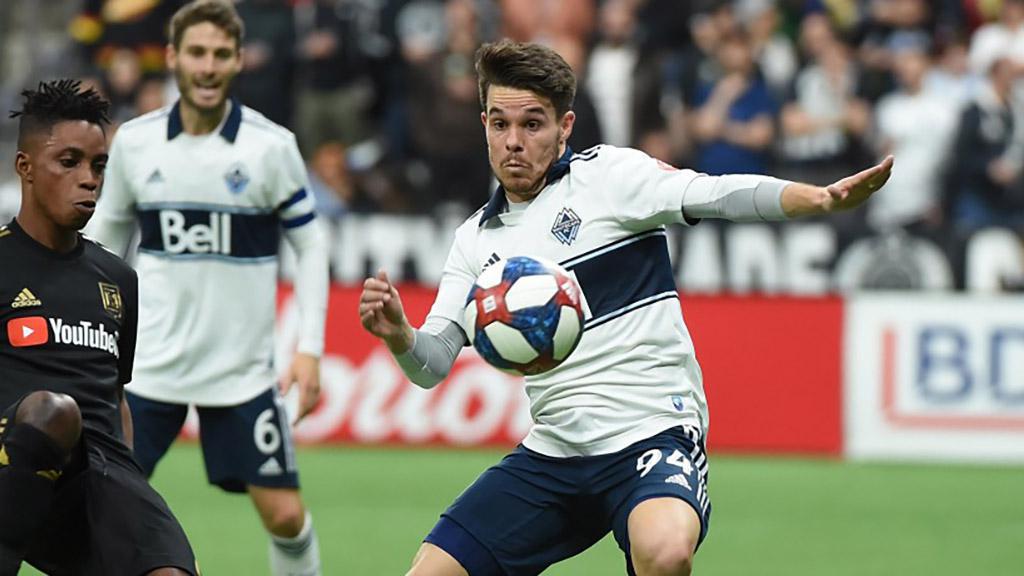 SAN ANTONIO – San Antonio FC announced on Wednesday it had signed midfielder Victor “PC” Giro for the 2020 USL Championship season, pending league and federation approval. Per club policy, terms of the deal were not disclosed.

“As a staff, we are very excited to welcome PC to the SAFC Family,” said SAFC Head Coach Alen Marcina. “PC brings notable playing experience, fierce competitiveness and a proactive mindset in and out of possession. PC demands high-level performance of himself and teammates and will serve as an essential component of the on-field team identity.”

PC joins SAFC after spending the 2019 season with Vancouver Whitecaps FC of Major league Soccer, where he recorded 812 minutes in 18 appearances and notched one assist. Prior to his time in Vancouver, the Brazilian spent two seasons from 2017-18 with Orlando City SC.

The 25-year-old also made 45 appearances across parts of two seasons with the Fort Lauderdale Strikers before being sold to the Tampa Bay Rowdies in the middle of the 2016 season. PC made 14 appearances for Tampa Bay, recording one goal and one assist to close the season for the Rowdies.

“I’m very happy to be part of San Antonio FC and very excited to start the preseason and play for this team,” said PC. “I hope we have a fantastic and blessed year with many good results for our fans, and I am so thankful again for this opportunity.”

Rozeboom will once again lead The Miami FC on and off the pitch, with the hopes of bringing yet another trophy to Miami after a successful 2019 season.

The defensive midfielder is no stranger to the USL Championship, having featured in over 100 league matches for several clubs throughout his professional career. Born in Walker, Iowa, Rozeboom joined Miami FC in early 2019 after spending a season with in-state rivals Tampa Bay Rowdies.

"Re-signing Lance is tremendous for us," said Miami Head Coach Nelson Vargas. “He will bring leadership both on and off the field. We are all delighted that he’s decided to come back. He is a highly respected voice in our locker room, and he epitomizes what a Miami FC player should be.”

Along with captaining Miami in 2019, Rozeboom also served as captain during his time at Ottawa Fury FC, making 52 appearances in 2016 and 2017.

“Mo will bring leadership and experience to our group,” said ATL UTD 2 Head Coach Stephen Glass. “He has MLS experience and also played for Timbers 2 and understands the demands of playing for our club.”

Jadama arrives in Atlanta from the Portland Timbers where he spent the past two seasons. He primarily played with Timbers 2 in the USL Championship, where he made 42 appearances and scored five goals. Jadama made his MLS debut on June 9, 2018 against Sporting Kansas City. This past season he earned his first career MLS start and played 90 minutes against the Montreal Impact on June 26.

Jadama grew up in the Atlanta area and played club soccer at Norcross Soccer Academy under current Atlanta United Academy Director Tony Annan. After turning pro with Chilean club Colo-Colo in 2015 and playing on loan with Coquimbo Unido in Primera B de Chile during the 2016-17 season, he joined the Championship’s FC Tulsa for the 2017 season and made 31 appearances and scored one goal while registering four assists as the side reached the USL Championship Playoffs for the first time.