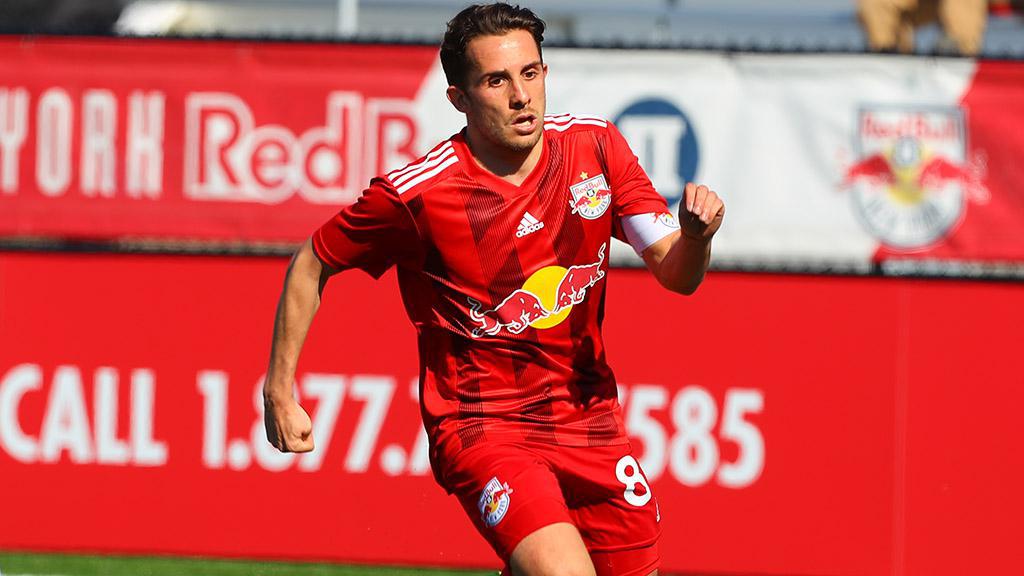 MIAMI – Miami FC announced on Tuesday it had signed midfielder Vincent Bezecourt ahead of the 2020 USL Championship season. The signing is pending league and federation approval.

The 26-year-old midfielder has made 66 appearances for the Red Bulls II across the regular season and playoffs, scoring 18 goals and recording 20 assists. During his time with Red Bulls II, Bezecourt was part of the club’s 2016 USL Championship Final-winning side, while also reaching the Eastern Conference Final in 2017 and 2018.

“Vincent is a great addition to Miami FC,” said Miami Head Coach Nelson Vargas. “He’s technically very good and will bring another dimension to our team. He’s played at a top-notch organization that is New York Red Bulls and we’re eager to get him here.”

His impressive performances in the Championship saw Bezecourt sign an MLS contract with the Red Bulls midway through the 2017 season, following which he made 21 appearances and recorded four assists in Major League Soccer including two assists in nine games in 2018 when the side claimed the MLS Supporters Shield.

“Adam impressed us greatly when looking at his game footage from both MLS and USL, and he has won a championship at the professional level,” said Republic FC General Manager Todd Dunivant. “We think he has significant upside, and we believe he has the tools and mindset to become a top goalkeeper.”

Grinwis spent the 2018 season signed with Orlando City SC, where he made five appearances, recorded 14 saves and earned one clean sheet. In the 2019 Lamar Hunt U.S. Open Cup action, Grinwis delivered a pair of saves in a penalty shootout against New York City FC in the tournament’s Quarterfinals to send OCSC into the Semifinals.

A former USL League Two standout with the Flint City Bucks – where he won the 2014 League Two Final and earned Final MVP honors – Grinwis was part of the Rochester Rhinos claim the USL Championship Final in 2015. He also competed in the Championship for Saint Louis FC before signing with Orlando, while also having a brief loan spell with Real Monarchs SLC late in the 2018 season.

LUNDT RETURNS ON LOAN TO LOUCITY: Louisville City FC announced on Tuesday it had acquired goalkeeper Ben Lundt on a season-long loan from Major League Soccer’s FC Cincinnati for the 2020 USL Championship season.

“We are excited that Ben is returning to our club for another season,” said Louisville City Head Coach and Sporting Director John Hackworth. “He is an extremely talented young goalkeeper who was an important member of our team’s success last season.  He understands the standards and demands that we expect from all our players.”

Lundt made 12 appearances on loan with LouCity during his first season in the professional ranks. A former player at the University of Akron, Lundt was selected with the 37th pick of the 2019 MLS SuperDraft by Cincinnati before joining Louisville before the start of the season. The 24-year-old posted four shutouts, a save percentage of 71.1 percent and a 0.92 goals-against average before being sidelined with a foot injury in June.

“We’re excited to bring back a player of Ben’s quality to our squad,” said LouCity goalkeepers coach Scott Budnick said. “It will be great to work with Ben and all of our goalkeepers as we prepare for another championship run.”