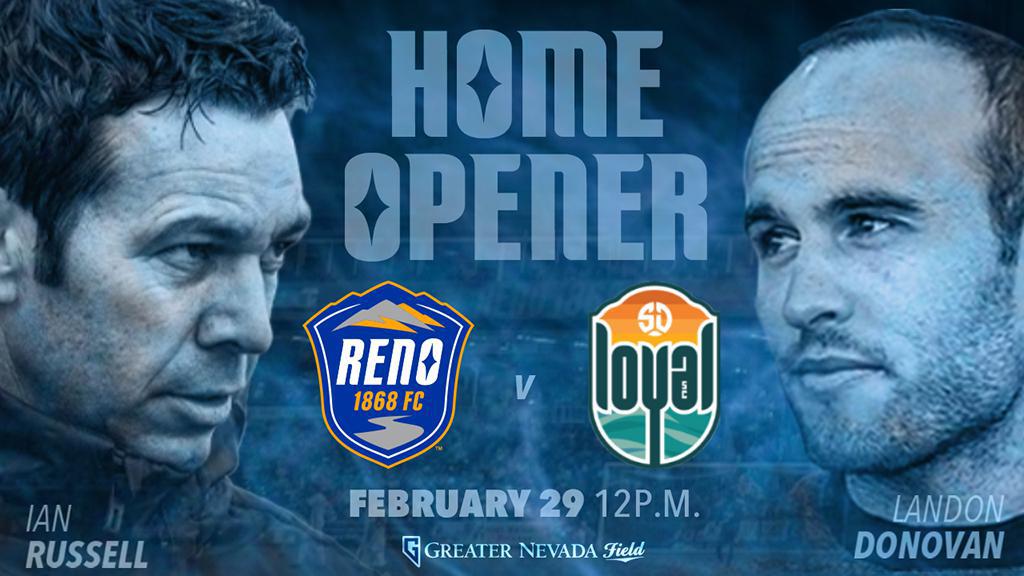 RENO, Nev. – For four seasons, Ian Russell and Landon Donovan were teammates for the San Jose Earthquakes, and helped the side claim two MLS Cups in 2001 and 2003.

On Saturday, February 29, however, they’ll be on opposing sidelines as Head Coaches when Russell’s Reno 1868 FC plays host to Donovan’s San Diego Loyal SC for a preseason exhibition at Greater Nevada Field one week before the start of the 2020 USL Championship campaign.

“We are thrilled to welcome the newest USL club to Reno,” said 1868 FC General Manager Doug Raftery. “We look forward to hosting Landon Donovan and his team to kick off the year.”

Donovan’s SD Loyal squad will have some familiar faces to Reno fans among its party, with former 1868 FC players Raul Mendiola and Emrah Klimenta among the players signed this offseason ahead of San Diego’s inaugural season in the Championship. Other notables include 2019 USL Championship Defender of the Year Joe Greenspan and former MLS player Sal Zizzo, who was the first signing in San Diego’s history in December.

1868 FC should offer a good test for San Diego’s squad with a solid group of returnees from a side that finished second in the Championship’s Western Conference last season. Among those back in Reno this season are 2019 Championship All-League selection Corey Hertzog and the club’s all-time appearances leader Brent Richards.

Tickets for the friendly are now on sale both online, or at the Greater Nevada Field box office. Kickoff is set for 12 p.m. PT.