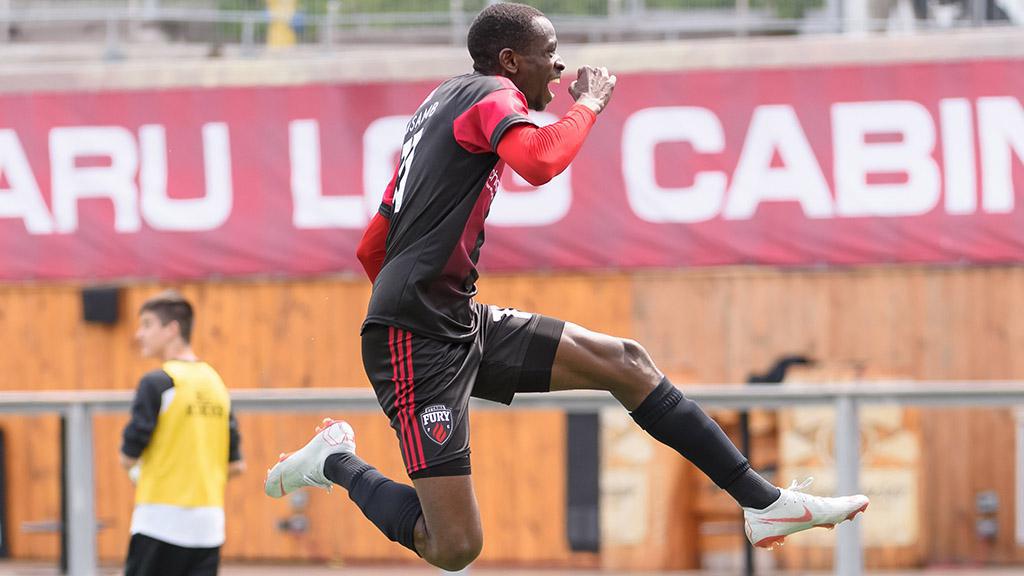 Samb most recently competed in the Championship for Ottawa Fury FC, where he recorded eight goals and five assists in 19 appearances during the 2019 regular season. Samb’s goals proved key as Fury FC reached the 2019 USL Championship Playoffs, and he also found the net in the side’s 1-1 draw against the Charleston Battery in the Eastern Conference Play-In Round before the side was eliminated in a penalty shootout.

“Mour is a dynamic forward with speed and also good vision,” said STLFC Head Coach Steve Trittschuh. “With his ability to hold the ball, he can bring players into the game in attack and I expect him to score goals and cause a lot of problems for the opponents.”

The 26-year-old developed with Senegalese club Diambars before signing a three-year trainee contract with French club LOSC Lille after successful tryouts in 2013. He made 41 appearances and scored seven goals for LOSC Lille B squad before moving to back to Diambars following an injury. Samb then signed for Norwegian second-division club Tromsø Idrettslag where he made 25 appearances over the 2017-2018 seasons before joining Ottawa.

A graduate of Fulham FC Academy, Marsh-Brown was signed to a professional contract in 2009 and spent the next four years at the London club. During that time, he went on loan to MK Dons in League One among other English clubs. He brings to Memphis more than 250 appearances between domestic league action and appearances in the F.A. Cup and Carabao Cup.

“Keanu will bring a wealth of experience with a high-level pedigree and proven goal-scoring record,” said 901 FC Head Coach Tim Mulqueen. “He will be instrumental on the field in our attack, as well as in the locker room and in our community.”

Internationally, Marsh-Brown competed for England as a youth international at the U-16 and U-17. Early in 2019, Marsh-Brown made his senior international debut for Guyana, where he claimed an assist on the second goal in a 2-1 win against Belize to send the side to the 2019 Concacaf Gold Cup. Marsh-Brown was then selected to the squad for the summer tournament and started in the country’s contest against the United States at Allianz Field in St. Paul, Minnesota.

“Development in our system here at NCFC is about trying to push players to the highest level,” said Sarachan. “When a player gets the opportunity to jump in day in and day out with full-time professionals, everything gets faster in terms of technique and thinking. For young players to experience that within our club, it’s a fantastic opportunity.”

Armour, a Cary native, is among the most promising youth players in the U.S., having played in 19 matches at the international level with the U.S. U-17 National Team, including an appearance at the 2019 FIFA U-17 World Cup. The skillful left back, who is verbally committed to Duke University, made his first appearance for NCFC in the team’s 2-1 exhibition win over Necaxa of Liga MX in March 2019.

A versatile playmaker, Hille can play in both the midfield and at forward. The Cary native has scored six goals in 11 matches for the NCFC U 18/19 squad during the 2019-20 season, and also carries a reputation for his defensive work rate.

All three former players from the Indiana Fire Juniors Development Academy set-up will report to Indy Eleven for its upcoming preseason camp and spend the first half of the 2020 USL Championship season with Indiana’s Team before leaving for collegiate destinations in the summer.

“The addition of these three high-level players will provide another injection of talent and energy to our roster,” said Indy Eleven Head Coach Martin Rennie. “We loved the progress that Emerson and Holden made last year, and Kyle having trained with us on some occasions last season we also know what he’ll bring to the club. We’re excited to be a continued part of their development as young professionals and look forward to their contributions to Indy Eleven this season.”

Nieto will look to build on a six-month stint with Indiana’s Team last year. The soon-to-be Indiana Hoosier midfielder made his professional debut with a late-game appearance last June 27 in a 3-0 home win over Birmingham Legion FC. Along with his one minute of action, Nieto made the squad’s 18-man gameday roster in regular season play for six additional games in 2019.

In his first season with the Eleven, Brown served as the primary back-up goalkeeper behind Jordan Farr during the club’s final six games in 2019, including all three playoff contests, while regular starter Evan Newton was injured. The Zionsville, Ind., native will attend the University of Virginia beginning in the fall.

The newcomer of the group, Folds is a native of Berea, Ohio, who played for Cleveland-based powerhouse St. Ignatius High School, which was named the “Team of the Decade” for high school boys soccer by MaxPreps.com. Folds helped St. Ignatius to an undefeated 21-0-2 record and the OHSAA Division I state title as a senior last fall. Along with Nieto, the former Columbus Crew Academy performer has committed to play for Indiana University under head coach Todd Yeagley next fall.