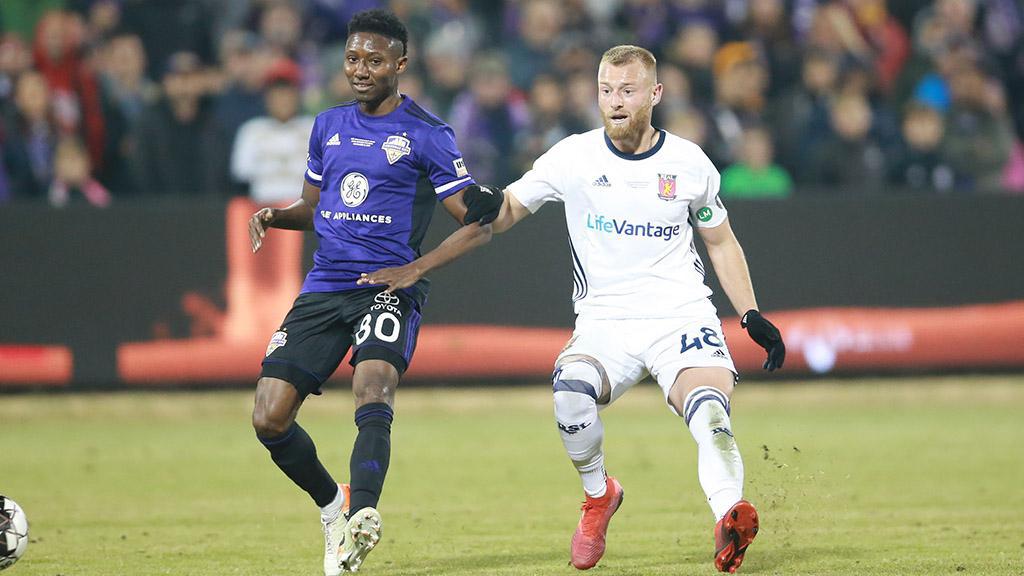 Louisville City FC and Real Monarchs SLC will square off this preseason in a rematch of the 2019 USL Championship Final claimed by the Monarchs. | Photo courtesy Em-Dash Photography / Louisville City FC

The Monarchs earned a 3-1 victory against LouCity last November to claim its first league title, and the two sides will square off in the final round of the round-robin tournament on Saturday, February 22 in preparation for the Championship’s 10th anniversary season this March.

“We are excited to be hosting the Wasatch Winter Cup again here in Herriman with three very well prepared and well coached teams,” said Real Monarchs Assistant General Manager Tim Weaver. “Louisville, Colorado Springs and Omaha will all provide excellent competition for the Monarchs and one another, as we prepare to defend the USL league championship.

“We are ­­privileged to have such world-class facilities and are honored that these clubs have agreed to come here to prepare for their respective seasons. We look forward to welcoming each team and hosting them in what is sure to be an entertaining and world-class preseason tournament.”

Louisville City FC Head Coach John Hackworth said he welcomed the opportunity to compete against fellow USL Championship clubs during the preseason, an opportunity that came about thanks in part to assistant coach and former Monarchs player and assistant coach Danny Cruz.

“Danny brought this opportunity to our attention during the 2018 season,” Hackworth said. “At that time, we were unable to incorporate it into our 2019 preseason.  However, after reflecting on our 2019 preseason preparation, Danny and I both felt that playing USL opponents during preseason would help us in the future.”

The Switchbacks claimed the inaugural edition of the tournament a season ago, and Head Coach Alan Koch is looking forward to returning to the event as he prepares for his first full season in charge in Colorado Springs.

“We are incredibly excited to play in this pre-season tournament,” said Koch. “To get to play both of the finalists from last year's USL Championship Final and also a new franchise in Omaha is going to make the week in Utah exciting and productive. It will give our new group the exposure to high level competition that we will need to prepare for a challenging 2020 season. I look forward to seeing how our players and the team respond to each match.”

Preseason camp will officially commence for the Monarchs on January 25 with training sessions being held in Herriman.