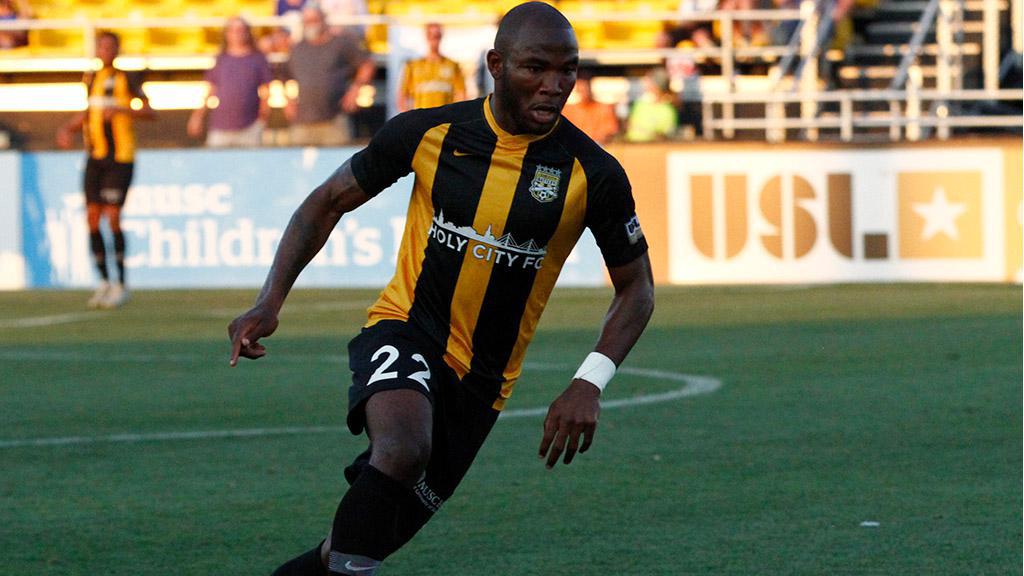 CHARLESTON, S.C. – The Charleston Battery announced on Wednesday the transfer of Cameroonian midfielder Tah Anunga to Major League Soccer’s Nashville SC. The agreement includes incentives based on appearances and a percentage of any future sale of the 22-year-old.

“We wish Tah the greatest of success in Nashville,” said Battery Chief Operating Officer Mike Kelleher. “We thank him for his services to the club and look forward to providing the platform for many more young players, like Tah, in reaching their full potential.”

Anunga joined the Battery prior to the start of the 2017 season quickly establishing himself as one of Charleston's most consistent and reliable midfield players. In all, Anunga made 78 starts for the Battery logging more than 6,800 minutes in 85 appearances. Over the past three seasons, Anunga ranked third in the league with 155 tackles won at a success rate of 66.8 percent, ranked fourth in the league in recoveries with 762, completed 3,093 of 3,751 passes and recorded seven goals and two assists.

Under the direction of Battery Head Coach Michael Anhaeuser, Anunga showcased his ability to control the midfield and developed into one of the best midfielders in the USL Championship, earning All-League First Team honors for the side in the 2018 Championship season.

“I'm excited, it's always good to be part of something new," Anunga said. “It's been great in Charleston, especially working with coach Mike and coach Dusty [Hudock] driving me every day on and off the pitch.”

Anunga joins a growing list of Battery players that have made the move to Major League Soccer following their time playing professionally in the Lowcountry. Most recently, midfielders Justin Portillo and Maikel Chang joined Real Salt Lake while Forrest Lasso spent time with FC Cincinnati during the club's inaugural season in MLS.

“That's been the goal, to try and play at the highest level,” said Anunga.