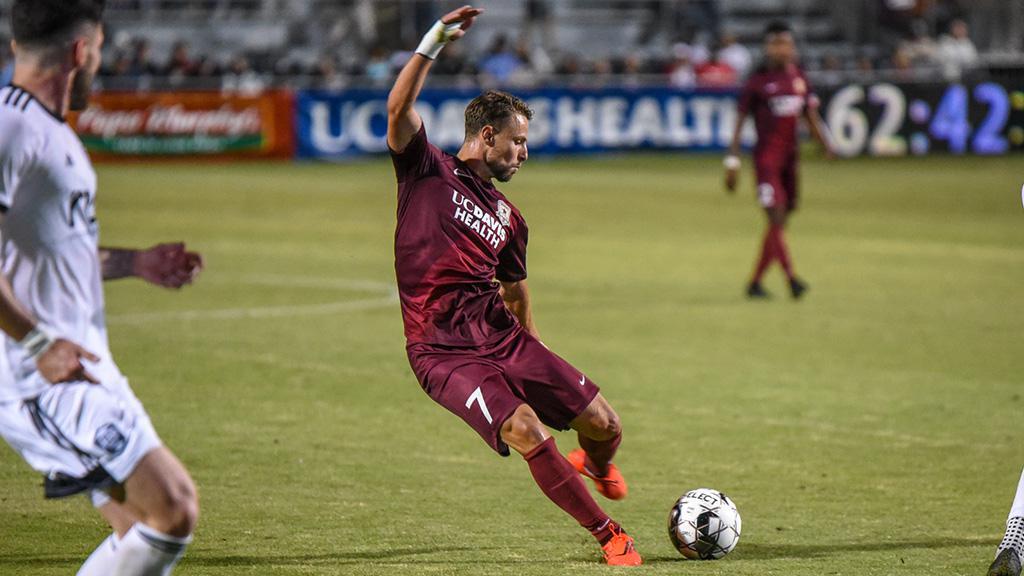 “We are delighted to welcome Hayden Partain to the SAFC Family,” said SAFC Head Coach Alen Marcina. “Hayden brings USL experience, is a versatile midfielder and a relentless competitor. Hayden's characteristics match the player profile of our game model and align with our team strategy and culture.”

Partain joins SAFC from Sacramento Republic FC, where he played the past three seasons and notched five goals in 51 appearances and 3,250 minutes of action. A native of Frisco, Texas, Partain has also spent time with Charlotte Eagles and the Des Moines Menace in USL League Two.

“I’m super excited to sign for SAFC,” said Partain. “The culture and environment that Alen and the staff want to implement is something I really believe in. I’m here to win and being a part of this culture makes it possible to achieve those goals.”

ADAMS AMONG OKC ARRIVALS: OKC Energy FC announced on Tuesday it had signed midfielder Charlie Adams and forward Tucker Stephenson ahead of the 2020 USL Championship season.

Ward, a 24-year-old from Birmingham, England, made 33 appearances in the Championship for Ottawa Fury FC in 2019, recording three assists and leading the team with a 91.7 percent passing accuracy and 2,111 total passes – the third most in the league.

“Charlie is a player that has experience in the league, and he’s very, very good on the ball,” said Energy FC Head Coach John Pascarella. “I think he’s going to help us a lot in our buildup play. He can cover some ground defensively, but his biggest asset is on the ball and going forward.”

“Tucker is a player I worked with at the Des Moines Menace while he was still in college,” said Pascarella. “He is somewhat of a marine at heart, where it’s all about the group and not necessarily about him. He’s a supremely fit kid who is going to have a bright future with this club.”

“Benji’s a player that we scouted at our San Jose Earthquakes combine,” said 1868 FC Head Coach Ian Russell. “He came down to our combine and really impressed us. He’s a mobile striker who has good pace, times his runs well and likes to get in behind.”

As a freshman, Kikanovic was named the Big West co-Freshman of the Year, and as a sophomore was named to the Big West All-Conference Second Team and the United Soccer Coaches All-Far West Region Third Team.