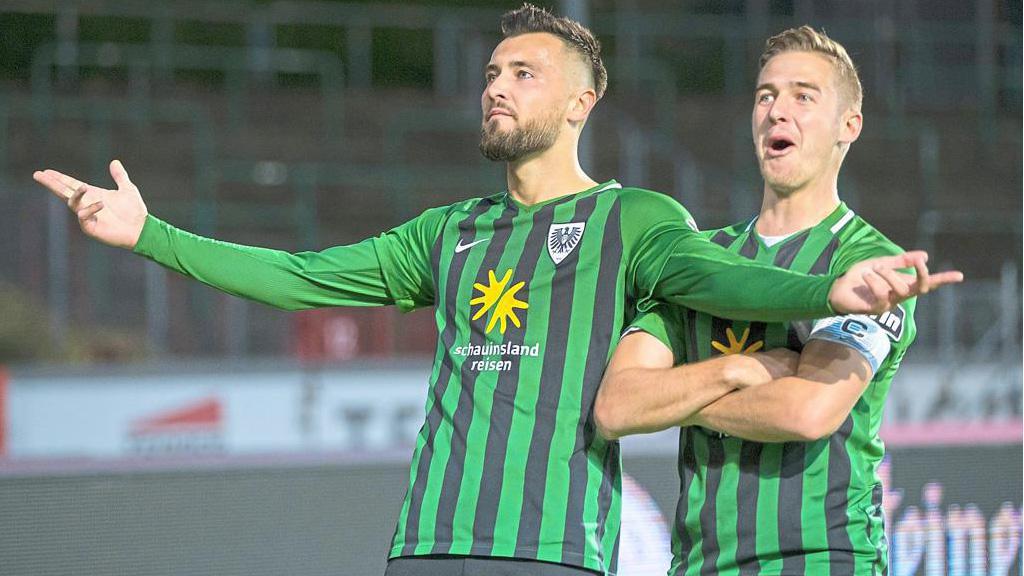 “For me, playing for Phoenix Rising FC is a dream come true,” Dadashov said. “Since 2014, when we played with the Azerbaijan national team against the U.S. national team, I’ve closely followed soccer in America, and it is very impressive to see the great development. I really wanted to be part of this. After talking to [Rising FC Head Coach] Rick Schantz, I knew 100 percent that I wanted to play for Phoenix. I cannot wait to get started and meet my teammates, the fans and see Arizona and most importantly help Phoenix Rising to win games!”

Dadashov most recently played with German side Preußen Münster for the past two seasons. He appeared in 52 matches (3,466 minutes) and scored 14 goals with two assists. His eight goals in the 2018/19 season were third-best on the club. He has also made 24 appearances for his country, scoring five goals in his international career while appearing in European Championship and World Cup qualification matches.

“Rufat’s size, power, and precision are something that will be very beneficial to Phoenix Rising,” said Phoenix Head Coach Rick Schantz. “His ability to hold up the ball will allow our wingers and attacking midfielders to get involved and make runs off of him.  He has been playing in a very good league in Germany. I expect that this will translate extremely well into the USL.”

“To see his growth from preseason to the end of the season was special for us all,” said Locomotive FC midfielder Richie Ryan. “He is someone who wants to learn every day and someone who is always asking questions, which is important because that shows his willingness to learn and that he wants to get better. He helped us a lot through the inaugural season and I’m sure he will become even better this year.”

The midfielder made 28 appearances and found himself in the starting lineup 12 times this season, proving himself as a hungry and young rising star.

“Thank you for the opportunity to defend the shirt and to thank the technical staff,” said Diz Pe. “I feel very excited to work hard and get the best results in this 2020 season.”

Most recently with fellow Championship club the Portland Timbers 2, Diz Pe played for local Cuban teams, Las Tunas and Ciudad de la Habana, before signing with Liga MX side Santos Laguna after a friendly match. The center back made 37 appearances over two seasons for T2, tallying a goal and three assists while helping Portland reach the USL Championship Playoffs in the 2018 season.