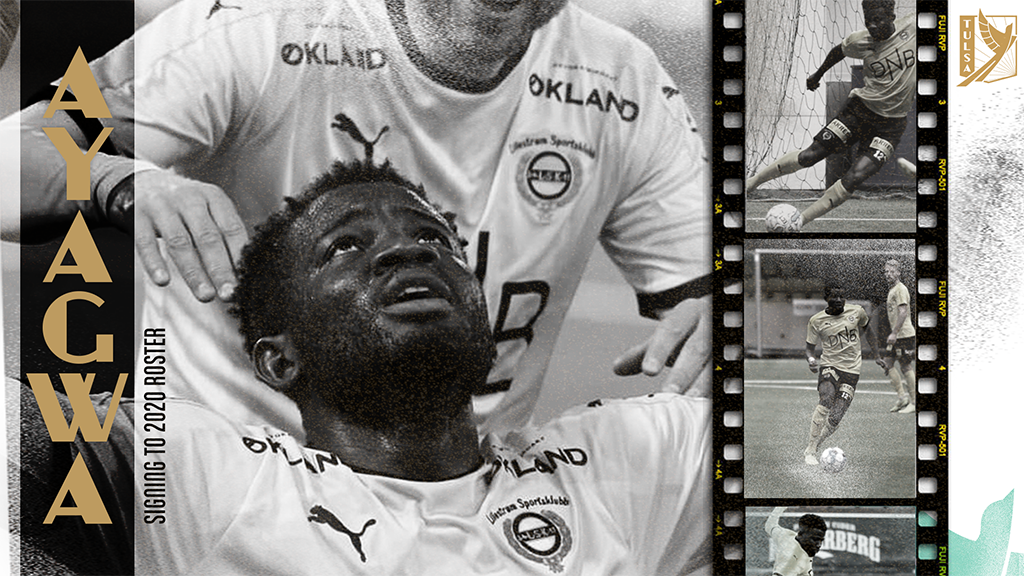 Ayagwa has one cap for the Nigerian national team, making him only active rostered USL Championship player with an international appearance for Nigeria's senior team.

“With the addition of Raphael into our core of midfielders, we have brought in a commanding presence to add balance,” said FC Tulsa Head Coach Michael Nsien. “Raphael is a dedicated ball winner and a very technical short and long-range passer. At such a young age, he shows a gift in ball progression and taking up positions that affect the game in transition.

“Raphael has elite qualities that has gotten him invitations and caps for his home country of Nigeria. His signing goes to show the growth of not only FC Tulsa, but also the development of our league.”

The 21-year-old most recently played for Lillestøm SK, then of the Norwegian Eliteserien, the top division of Norwegian soccer. He made three appearances over two years for Lillestrøm in league competition. He was transferred to Lillestrøm from Plateau United FC of the Nigerian Professional Football League (NPFL) where he played during the 2017/18 season and saw action in the CAF Champions League in addition to domestic competition.

“I am overwhelmed to be a part of this great family,” said Ayagwa. “I believe with hard work, determination and dedication, we will surely conquer. I’m looking forward to working with the great fans of the club, and I promise to be a good ambassador of FC Tulsa.”

FINK RE-SIGNS WITH SAINT LOUIS: Saint Louis FC announced on Saturday the return of defender Sam Fink for the 2020 USL Championship season for what will be his fifth season at his hometown club.

Fink was the co-leading scorer for STLFC with seven goals in the 2019 season, and notably scored the winning goal in stoppage time against FC Cincinnati in the Round of 16 in the 2019 Lamar Hunt U.S. Open Cup to earn the club its second victory in the tournament over an MLS opponent.

Fink played 2,836 minutes across 33 appearances and led the team in clearances while only committing 13 fouls in a defense that kept 12 clean sheets last season.

“I came here as a young kid just out of college eager to make my way in the professional game,” said Fink. “With the support of family, friends, and everyone at this club over the past five years I have grown into a veteran pro, a husband, and a father of two little girls that light up my world. To me, this journey has been deeply personal with plenty of trials and tribulations, so this club and the people that support it are like family. Playing for my city is a dream and I’m grateful to continue to represent this club in the best way that I know how.”

“I’m glad that the club was able to have Sam back this season,” said STLFC Head Coach Steve Trittschuh. “I have coached against him a number of times and I know what he can bring to the game. I’m going to need his experience and leadership to have success this year and I look forward to working with Sam.”

Beckford arrived on loan with the Toros from Montego Bay United on August 23, 2019 and scored one goals in three starts for the Toros at the end of the last campaign. A member of the Jamaica U-23 National Team, Beckford spent one season with Montego Bay United of the Red Stripe Premier League in Jamaica where he recorded three goals in 11 appearances during the 2018-19 season.

“We are excited to bring Deshane back to RGV,” said Toros General Manager Nick Kowba. “He is a promising young player with incredible pace who showed us in the short time last season how dangerous he can be from a wide position.”

A standout for the University of Nevada – Las Vegas, Mehlich signed with the Toros prior to being selected in the Second Round of the 2020 MLS SuperDraft by Seattle Sounders FC. The German midfielder – who played between 2010-14 in the Borussia Monchengladbach Academy – was the first UNLV player to earn All-WAC honors in four consecutive seasons in program history. He also earned First Team All-Conference honors in his senior season.

“We are very pleased to add Timo,” added Kowba. “He’s a versatile player with good size, mobility and technique. He’s an impact player with vision in the final third and the ability to score from distance. Our staff is excited at the opportunity to work with him and looking forward to continuing in his development.”