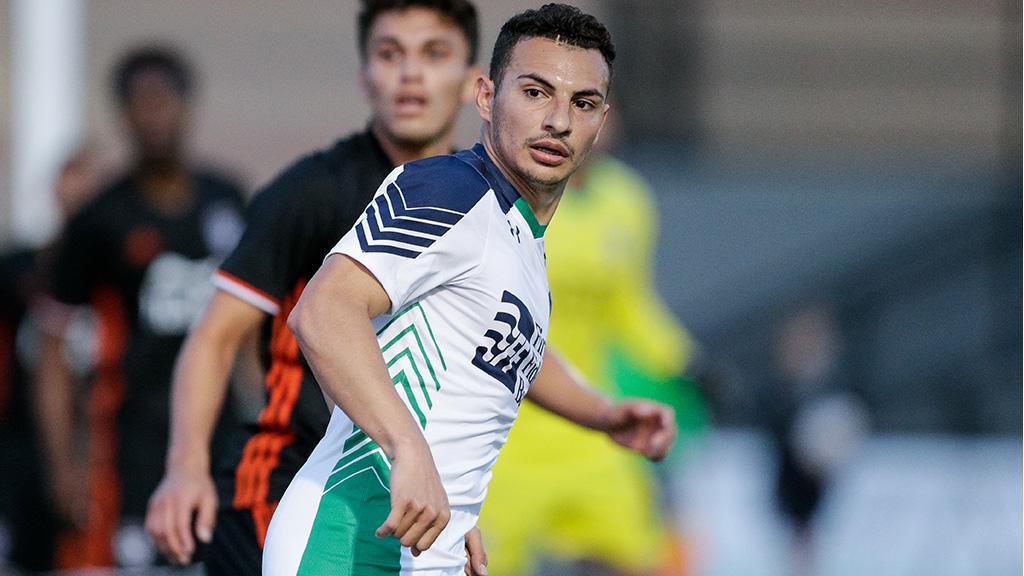 Former OKC Energy FC forward Miguel Gonzalez is among the players set to return to Miami FC for the 2020 USL Championship season after scoring 22 goals across all competitions in 2019. | Photo courtesy Steven Christy / OKC Energy FC.

MIAMI – Miami FC may have made a splash with its first signing since joining the USL Championship in December when it landed Jamaican international Romario Williams, but Head Coach Nelson Vargas said on Thursday he was very happy to have been able to retain 13 players that helped the club find success previously to build around for the 2020 season.

“I’m ecstatic that we have been able to maintain the core of the team,” said Vargas in a club release. “The value of having players who have worn the crest and who embody The Miami FC DNA help with our transition to a new league.”

Leading the way among the returnees is a face that will be familiar to longtime Championship fans, with former Colorado Springs Switchbacks FC and OKC Energy FC forward Miguel Gonzalez set to join Williams in Miami’s attack this season. Gonzalez recorded 22 goals for MFC across all competitions in the 2019 season, having previously scored 26 goals across four seasons in the Championship.

Others who have had success previously in the Championship will also be part of Miami’s squad this season, including defender Brenton Griffiths, who helped Reno 1868 FC to a pair of postseason berths in its first two seasons on the league, and midfielder Tomas Granitto, who helped Sporting Kansas City II reach the 2016 USL Championship Final before playing for the Portland Timbers 2 in the 2017 campaign.

“Retaining a consistent core of our squad was one of the most important decisions we made when building our roster,” said Vargas. “We have a clear methodology, playing style and demands that require a certain player profile. I’m grateful to the players, Paul Dalglish and the whole Miami FC organization for all the hard work in getting a lot of our guys back.”