MURRAY: 10 Games to Watch in the Championship’s Western Conference in 2020

New faces, renewed rivalries and playoff rematches are among the contest to circle out West 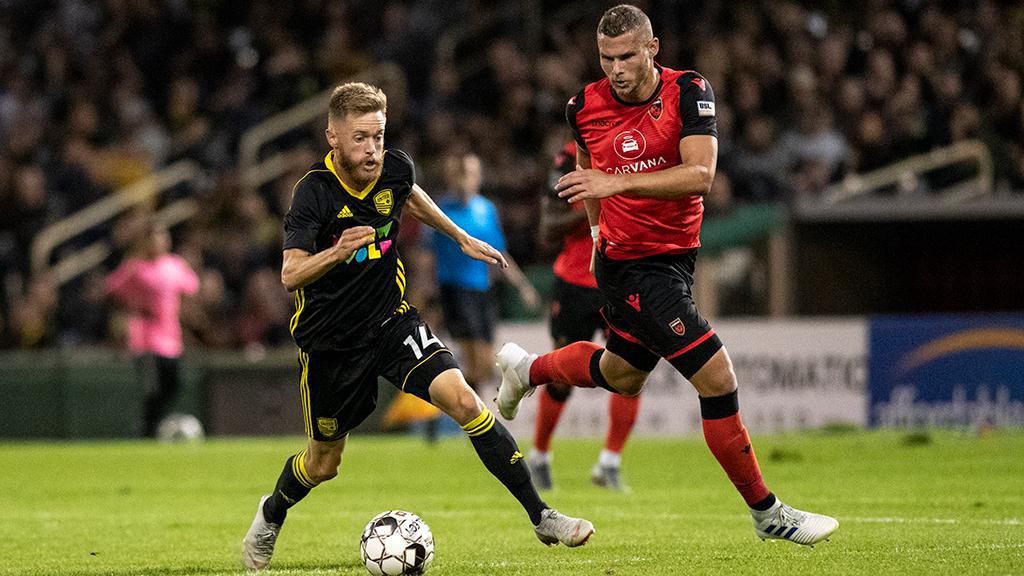 TAMPA, Fla. – The complete 2020 schedule for the USL Championship was announced on Thursday afternoon with the 595-game slate set to provide plenty of action and thrills in the league’s 10th anniversary season.

As we move toward crowning a title-winner in the 2020 USL Championship Playoffs, though, there are certain games that stand out on the schedule more than others. From meetings between long-time rivals, rematches from last season’s postseason, and matchups between sides looking to make it to the playoffs after missing out in 2019, a memorable campaign is in store.

San Diego Loyal SC enters its inaugural season with big expectations, and those are going to get two good early road tests between a visit to Orange County SC on March 21 and this trip to defending Regular Season Title-holders Phoenix Rising FC. With some high-profile signings like 2019 Championship Defender of the Year Joe Greenspan and 15-goal scorer from a season ago Irvin Parra, there are some solid piece in place for Head Coach Landon Donovan in San Diego, but it’s going to be a very big challenge to find a way past a Rising FC side that lost only once at home in the regular season in 2019 and that returns all three of its major attacking pieces in 2019 Most Valuable Player Solomon Asante, Adam Jahn and Junior Flemmings.

The Black Gold Derby – yes, I’m still going to call it that until told otherwise – returns on national television and both OKC Energy FC and FC Tulsa will be eager to gain the upper hand on their in-state rival when the clubs meet at Taft Stadium. There have been changes at both clubs this offseason with John Pascarella appointed as Head Coach at Energy FC after the side missed out on the postseason, and he’s bringing with him some notable recruits including Jaime Chavez and Arun Basuljevic. The changes have been even bigger over in Tulsa, though, with the Craft brothers’ ownership giving the team a beautiful rebrand and a team that looks very competitive on paper. Will new arrivals Lebo Moloto and Bradley Bourgeois, both formerly at Nashville SC, be able to lead the visitors to victory and a step toward reclaiming the wrench? You should tune in to find out.

The Western Conference Final in the 2019 USL Championship Playoffs between Real Monarchs SLC and El Paso Locomotive FC gave us late drama as the Monarchs advance through Erik Holt’s 119th-minute goal at Zions Bank Stadium. The first meeting of the new season between the two clubs at Southwest University Park gives Locomotive FC a chance at revenge as both teams look to form a strong position in the standings during the opening half of the season. There figure to be new faces on each side after an offseason of activity, but the spotlight will likely shine brightest on two big returning names in El Paso’s Omar Salgado and Monarchs captain Jack Blake, whose return on a new contract this offseason makes him the centerpiece of the side moving forward.

Between the USL Championship and Lamar Hunt U.S. Open Cup last season, New Mexico United and Phoenix Rising FC gave us three classic encounters. This clash at Isotopes Park near the midway point of the season promises more of the same and will also mark the return of Santi Moar to face his former club. A Championship All-League selection last year for United, the Spanish winger made the move to Rising FC this offseason and will add to the club’s attacking options in 2020, but New Mexico has made some impressive additions of its own as it looks to go from playoff participants to title contenders in Year 2, not least the arrival of 2019 Championship Final-winner Kalen Ryden to help shore up the center of defense. After the drama we saw last year, make sure to stay tuned until the final whistle.

Austin Bold FC not only made the postseason in its inaugural season, it also claimed the first edition of the Copa Texas with a 3-1-2 record against its fellow clubs in the Lonestar State. Locomotive FC, meanwhile, finished last in the competition as it failed to find a victory against Austin, Rio Grande Valley FC and San Antonio FC, which served as maybe the only blot on the copybook for the side in a tremendous first year of its own. This meeting at Bold Stadium in the middle of the season could go a long way to deciding which side lifts the state crown this year but should also be an entertaining contest between two playoff contenders.

When San Antonio FC faltered on the final weekend of the regular season in 2019, New Mexico United took advantage to jump into the final playoff position in the Western Conference. These two teams will meet at Isotopes Park on national television with the race for this year’s postseason in full swing, but the contest will also be notable for featuring two standout playmakers on either side. For New Mexico there’s Chris Wehan, who claimed the Championship’s Rookie of the Year award in 2017 and has recorded 22 goals and 21 assists in 74 appearances. For San Antonio there’s Cristian Parano, who took the Championship’s Young Player of the Year award last season after recording seven goals and six assists in 32 appearances after arriving from Argentina as a 19-year-old. Those two, say nothing of the other talent on the field, should make for compelling viewing.

San Diego Loyal SC will be doing very well if it can emulate El Paso Locomotive FC’s inaugural season in 2019, which saw Head Coach Mark Lowry’s side reach the Western Conference Final of the postseason before being eliminated in extra time by eventual title-winner Real Monarchs SLC. San Diego’s clash with Locomotive FC, therefore, should provide an excellent chance to measure the progress of Head Coach Landon Donovan’s side as it welcomes El Paso to Torero Stadium for a nationally-televised clash that arrives at the start of the stretch run to the regular season. 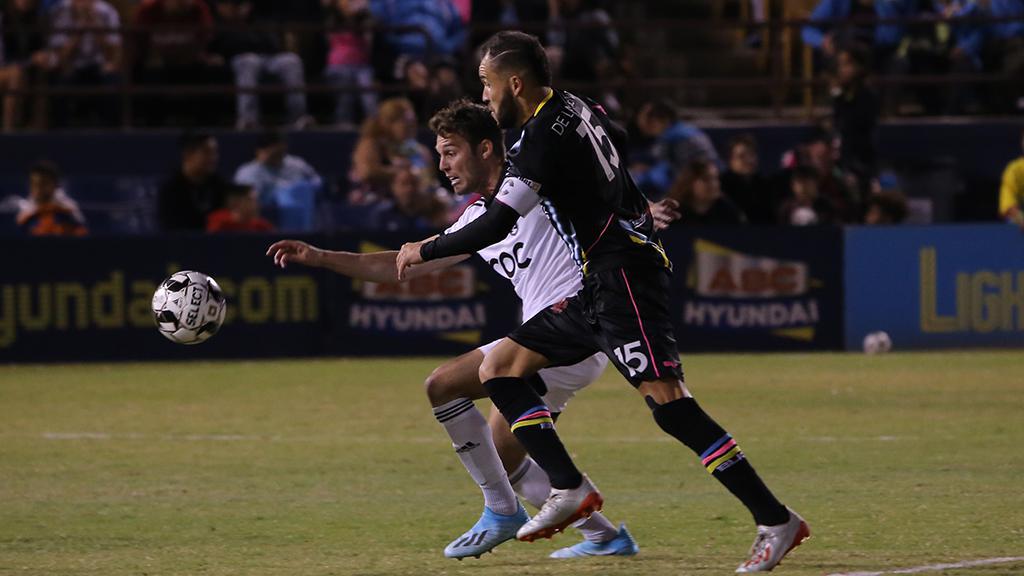 For the first two seasons of the showdown for the Silver State Cup, Reno 1868 FC has ruled the roost in Nevada. Las Vegas Lights FC is out to change that in 2020 and claim the series for the first time, and it will get the chance to do so in front of its home fans at Cashman Field after the side meet at Greater Nevada Field on April 4. Las Vegas has made some interesting additions to its attack this offseason so far with the arrival of Yamikani Chester from North Carolina FC and Seku Conneh from the Philadelphia Union II, but the big question is whether that’s going to be able to wrest control of the rivalry away from Head Coach Ian Russell and 1868 FC, which is going to be looking for its fourth consecutive postseason berth this season.

The rivalry between the Southern California clubs kicks off at Championship Stadium on March 21, but this contest between San Diego Loyal SC and Orange County SC could not only determine the winner of the season series between the teams, but also influence the postseason chances of two teams that are expecting to be in the top 10 at the end of the regular season. Orange County has retained a solid group from its postseason trip in 2019 and in the midfield duo of Aodhan Quinn and new arrival Seth Casiple has two San Diego natives in its ranks. How they fare in their return to their home city could determine the outcome against an SD Loyal squad that has its own fair share of talent. 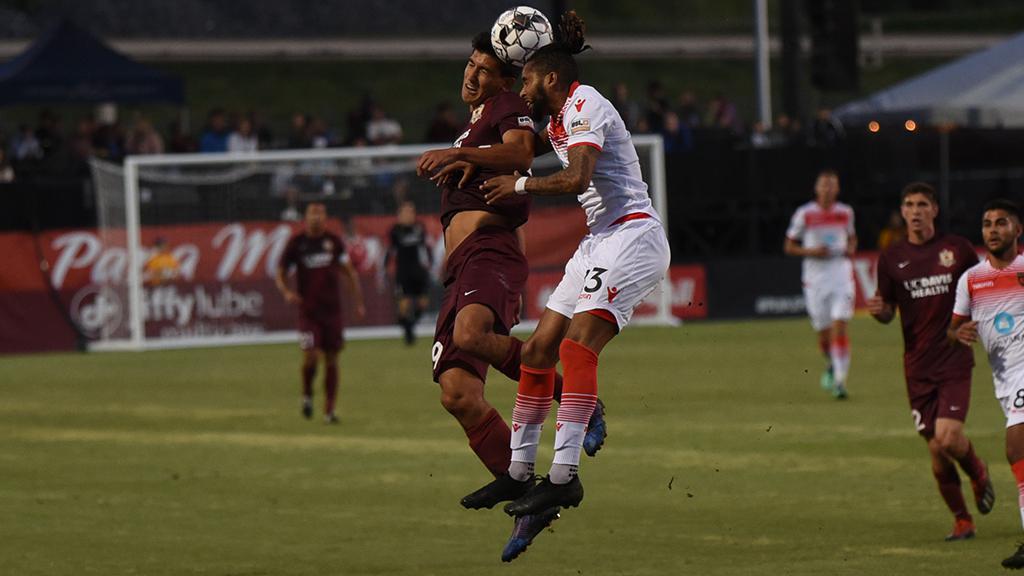 A matchup between Sacramento Republic FC and Phoenix Rising FC on the final day of the regular season might not only be key to playoff position for both clubs, it might have even higher stakes. Republic FC is looking for a return to the sort of form that saw it finish first in the Western Conference in the 2015 season and second in 2018, and with the appointment of Mark Briggs – who led Real Monarchs SLC to a Regular Season Title in 2017 – as Head Coach and the return of Rodrigo Lopez to midfield, the aspirations to add more silverware to the trophy cabinet couldn’t be clearer. To get there, they’ll need to dethrone the defending Regular Season Title-holders in Rising FC and their outstanding collection of talent. Can you picture one game to determine the Regular Season Title at Papa Murphy’s Park? I sure can.