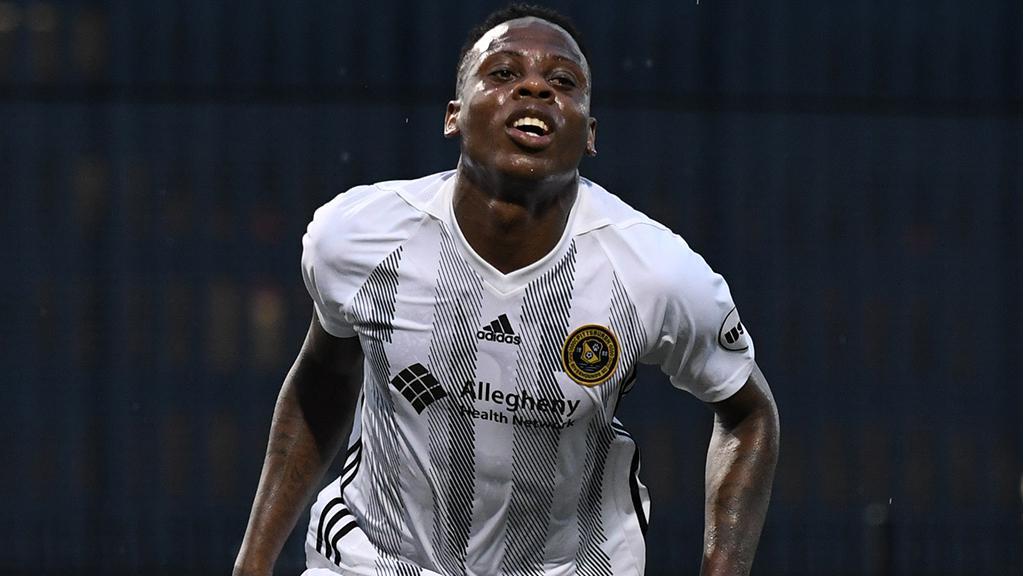 Parkes had a standout 2019 campaign for Sligo, ranking tied for fourth in the league with 11 goals in 28 appearances. The Jamaican international has previously scored 13 goals in 56 appearances in the Championship for the Hounds, including helping the side reach the 2018 USL Championship Playoffs.

Parkes joins a squad of 15 returning players from the 2019 season, along with two new signings, Kalen Ryden and Amando Moreno, who were announced late last year.

“Romeo will add a different dimension to our club given his experience in the USL coupled with a successful 2019 season abroad with the Sligo Rovers,” said NMU Head Coach Troy Lesesne. “He has pace, creativity on the dribble and can score goals in a variety of ways. I am looking forward to the impact he will bring to our team in 2020.”

In addition to his time in Pittsburgh, Parkes has also competed for Isidro Metapán of the Salvadoran Primera División where he made a combined 97 appearances, scored 18 goals, and helped the team win the Apertura and Clausura in 2014.

“I am deeply honored and enthusiastic about joining this team,” said Parkes. “I am looking forward to a great season and meeting my new soccer family!”

“We are delighted to re-sign our locally grown goalkeeper Matt Cardone,” said SAFC Head Coach Alen Marcina. “Matt has demonstrated that he can compete among the league’s top goalkeepers, and he is an excellent fit for our team culture. We expect Matt to have essential leadership responsibilities and set an admirable example for our goalkeepers coming through our Elite Training Program and SAFC Pro Academy.”

With SAFC in 2019, Cardone appeared in 33 matches, compiling 2,923 minutes played and seven clean sheets. He recorded 94 saves on the season to set a new SAFC record while also ranking seventh in the USL Championship. Cardone recorded a season-high six saves three times in 2019 while recording at least four saves in a match on 11 different occasions. Cardone saved 63.1 percent of the 149 shots he faced while also adding 29 catches, 29 clearances and 14 punches.

“I’m really excited to return to SAFC for another year,” said Cardone. “I have been privileged to be a part of this club for the last few years, and I’m excited to continue that.”

“I'm very excited to start playing for the team,” said Cervós. “I think it's a great opportunity and I will give all that I can to contribute to the team to achieve good results.”

Cervós most recently played for FC Andorra in the Segunda Division B, the third tier of soccer in Spain. The young left back has made 47 appearances in his professional career with FC Andorra and FC Santboiá since his debut in 2017.

In International play, Cervós has made two appearances for the Andorran senior national team after playing for the various youth national teams since 2013.

“Joan has had an excellent start to his professional career with his club and national team. He has excellent experience for a young player and his national team exposure will help him transition to being in a new environment and embracing a different style of football,” said Switchbacks Head Coach Alan Koch. “We look forward to welcoming him to Colorado Springs and integrating him into his new environment.”