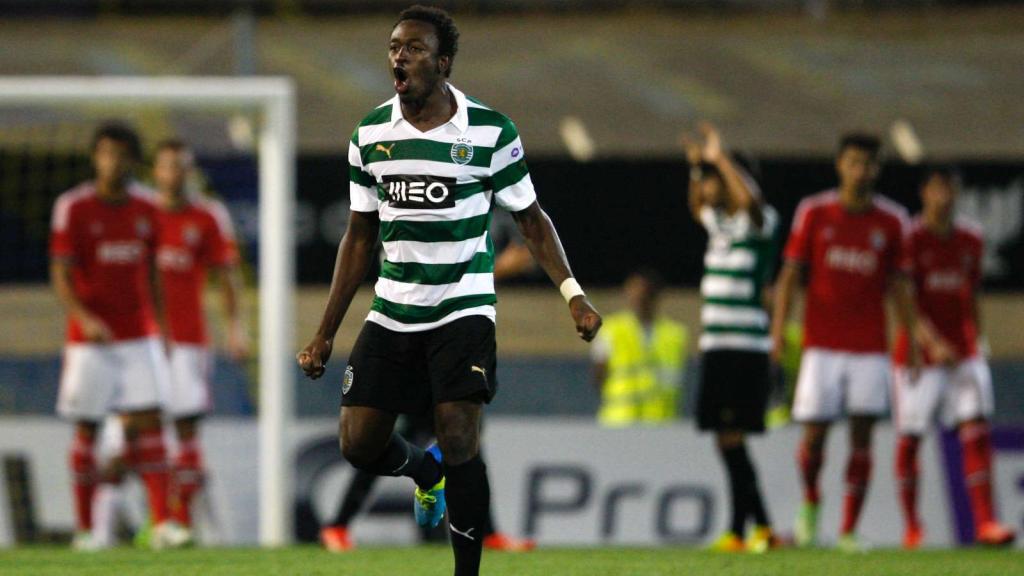 Fokobo played his youth career with NQSA (Njala Quan Sports Academy) in his home country of Cameroon. His senior career sent him to Portugal where he has spent the past seven years with Sporting Lisbon who compete in the top-flight of the Portuguese league.

“Fabrice is a very versatile player, playing in the 8, 6 or center back position to a very high level,” said Locomotive FC Head Coach Mark Lowry. “His experience in Europe the past six years, at a club of the caliber of Sporting Lisbon, shows the type of professionals we want to bring to El Paso. His ability and athleticism will strengthen the depth of our midfield and backline.”

Fokobo has spent stints with various clubs in the Portuguese football system whilst on loan, most recently playing with Real Sport Clube. The 25-year-old midfielder has also represented Cameroon at the U-17 level. Fokobo adds to Locomotive FC’s midfield depth, which also includes new arrival Distel Zola and returning players Richie Ryan and Yuma.

“I believe games are won and lost in the midfield, particularly in the USL where most teams are physical and very transitional,” added Lowry. “We are a team that likes to possess the ball, so having a strong midfield with strength in depth will allow us to control opposition counterattacks, which historically has been an area where most teams try and capitalize against us. Fabrice will be a key part of this, along with Distel and the returning midfielders to enable us to control each element of the game.”

“We are very pleased to add these two exciting attacking players,” said Toros General Manager Nick Kowba. “Taiberson is explosive and dynamic in the final third – he has the ability to play a variety of attacking roles. We have been tracking him for some time and feel his formation and experience at Athletico Paranense and Internacional will be a huge benefit to our young team.

“Kyle is a goal scorer who possesses pace, power and can finish with either foot. Through his time spent with our USL League Two team as well as training with RGV FC he showed us firsthand his ability to convert chances. We look forward to continuing his development and working with him to get results at the next level.”

Taiberson is a product of the Atlético Paranaense Academy in Brazil and made his professional debut as an 18-year-old before joining Internacional in 2014, where he recorded one goal and one assist in 18 Campeonato Brasilerio Série A appearances. Taiberson claimed the Campeonato Gaúcho with Internacional in 2015 as the Porto Alegre side edged past their fierce rivals, Gremio, in the final.

The 26-year-old has also played in Brasilerio Série B and most recently competed for S.E.R. Caxias do Sul before arriving in South Texas.

Edwards, meanwhile, was a standout for Brazos Valley Cavalry FC, the USL League Two affiliate of the Houston Dynamo, last summer where he scored 15 goals and tallied three assists in 13 appearances. Via his 15 goals, Edwards was co-winner of the 2019 League Two Golden Boot, and helped lead the side to its second consecutive Mid-South Division titles and the Southern Conference Final in the 2019 League Two Playoffs.

Edwards has also appeared internationally for St. Vincent and the Grenadines, while he finished his collegiate career at the University of Texas – Rio Grande Valley ranked second in career goals with 21. The forward featured in 34 games for the Vaqueros from 2018-2019 and was named to the All-WAC First Team in back-to-back seasons. Following his breakout junior year with UTRGV, the forward was named WAC Preseason Player of the Year and named to the Hermann Trophy Watch List.

“Joe is a quick, athletic player that offers great flexibility, both technically and tactically, across the backline,” said Energy FC Head Coach John Pascarella. “I’ve known Joe since a young age with him having come through the Sporting Academy. He’s very grounded, always has a smile on his face, is always upbeat and is a great locker room guy. As a USL Championship player, he has played most of his minutes at right and left back and having that kind of versatility is a great asset for us.”

Amico, a 24-year-old from Indianapolis made 28 appearances for Orange County in 2019, recording a team-leading 48 tackles, scoring one goal and adding one assist.