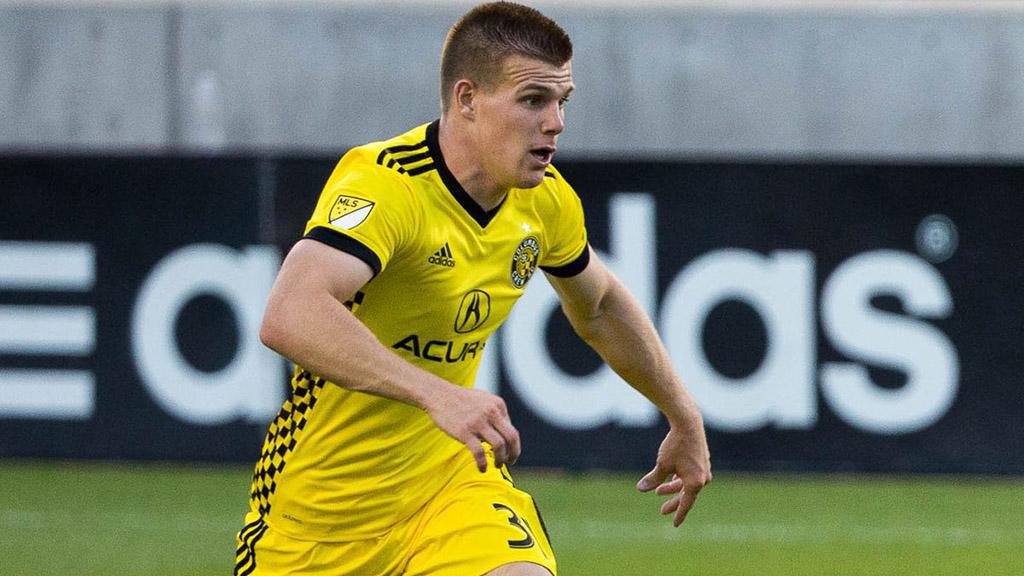 Connor Maloney will be one of the new faces on San Antonio FC's back line in 2020 after spending the past three years with Columbus Crew SC.

“We are excited to add Connor Maloney to the SAFC Family,” said SAFC Head Coach Alen Marcina. “Connor exemplifies the intensity, tireless work ethic, and high character traits of our team culture and will serve as an essential contributor both on and off the field.”

Maloney joins SAFC from Columbus Crew SC (MLS) where he has played since the start of the 2017 season. Originally drafted in the third round (49th overall) by the Crew in the 2017 MLS SuperDraft, Maloney has made 15 first-team appearances in all competitions with Columbus. In addition, Maloney has also spent time on loan with the USL Championship’s Pittsburgh Riverhounds in both the 2017 and 2018 seasons.

Following his 2018 season in Columbus, Maloney was named the winner of the club’s Kirk Urso Heart Award, which is awarded to the Crew player that best exemplifies the qualities in a teammate and becomes 'the heart' in the club's locker room. The award is named after the late Urso who played as a midfielder for the Crew in 2012.

“I am very excited to get started with San Antonio FC,” said Maloney. “I would like to thank the management and coaching staff for providing me an opportunity to contribute to much success in San Antonio.”

LEWIS RETURNS TO BATTERY: The Charleston Battery’s leading scorer in the 2019 season will be back with the club this year as the Battery announced the return of Bermuda international Zeiko Lewis on Monday afternoon.

A former MLS SuperDraft pick of the New York Red Bulls, Lewis wasted no time in making an impact for the Battery, scoring his first goal for the club 17 minutes into his debut against Hartford Athletic. The former Boston College forward would go on to lead the attacking line picking up his second of the season three weeks later against Charlotte Independence.

Lewis finished the season with eight goals while also sharing a team-high five assists. The shifty playmaker showcased his quality with jaw-dropping goals against Atlanta United 2 and Hartford Athletic, while also claiming Championship Goal of the Week honors for his curling effort against the Independence.

Lewis also led the team in shots (49) and chances created (46) on his way to taking home Offensive Player of the Year for the Charleston Battery. He capped off an impressive year by being named USL Championship Player of the Week in the final week of the regular season.

KANSAS CITY BRINGS BACK DUKE: Sporting Kansas City II announced on Monday the return of former captain and Kansas City native Christian Duke. A Sporting KC Academy product, Duke was the first signing in SKC II’s history in 2016 and captained the side to back-to-back Western Conference titles in 2016 and 2017 before spending the last two seasons with fellow Championship club Orange County SC.

In his first stint with Sporting II, Duke made 70 appearances as club captain across regular-season and postseason play, tallying four goals and eight assists as the side advanced to the USL Championship Final in both years, only to fall short to New York Red Bulls II and Louisville City FC.

After missing the first 19 games of the 2019 campaign through injury, where Orange County went 5-7-7, Duke returned to play in the final 15 games and lead the side to a 10-3-2 mark to close out the year and qualify for the postseason.