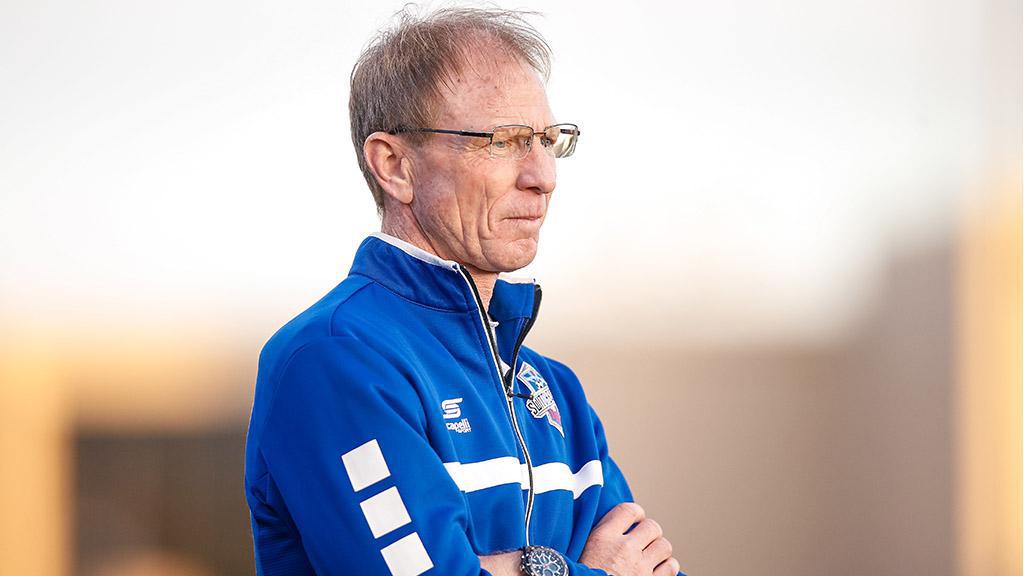 Trittschuh joins Saint Louis FC after managing Colorado Switchbacks FC over the club’s first five seasons. He was appointed as the Switchbacks’ first Head Coach in 2015 and led the team to a 14-10-4 record and a third-place finish in the Western Conference as the side finished second in the league with 53 goals. Trittschuh’s second year in charge would be similar as the team finished third in the Championship’s Western Conference with a 14-9-7 record in 2016. The team would barely miss out on the playoffs in 2017 as they finished 12-12-8. In his last two seasons with Colorado Springs, Trittschuh compiled a record of 15-28-8.

“As a club, we could not be more excited to name Steve Trittschuh as our Head Coach,” said STLFC President Patrick Barry. “Steve is someone we have wanted to bring into the organization for several years and the timing on both sides finally aligned. He is someone who knows our city, being born and raised here, and is excellently qualified to lead Saint Louis FC in the USL Championship. Given the resources of our club, we believe he is the right person to lead this team in 2020 and beyond.”

The former United States international joins the club as the replacement for Anthony Pulis, who departed STLFC after two seasons to pursue an opportunity in Major League Soccer.

“On behalf of the entire organization, I want to thank Anthony for his contributions to our club,” said Barry. “During his tenure, we were able to take important steps forward on the field. We wish Anthony, Laura and their family the very best in the future.”

Trittschuh was born in Granite City, Illinois and attended Southern Illinois University Edwardsville where he was inducted into the SIUE Athletic Hall of Fame in 2011. He began his professional career for the St. Louis Steamers in 1987 and represented the United States in the 1988 Seoul Summer Olympics before signing with the Tampa Bay Rowdies.

The center back played for the U.S. Men’s National Team in the 1990 FIFA World Cup and then signed with Czechoslovakia club Sparta Prague where he made 13 appearances and scored one goal in a season culminating with a league championship. He also became the first American to play in the European Cup, the predecessor to the UEFA Champions League.

Stints with the Tampa Bay Rowdies, St. Louis Ambush, and Montreal Impact followed before Trittschuh signed with the Colorado Rapids upon the launch of Major League Soccer in 1996. He made 98 appearances and scored 11 goals for the Rapids before finishing his playing career at the Tampa Bay Mutiny in 2001. In total, Trittschuh made 317 club appearances and scored 39 goals while also making 37 international appearances with two goals scored before starting a coaching career as an assistant with the Colorado Rapids in 2002.

“Steve’s experience as a player and coach in the USL Championship, MLS and the U.S. National Team is difficult to find,” said Barry. “He brings intensity, discipline and a commitment to success in everything he does. We are excited to see what he can do with our rebuilt roster in 2020.”