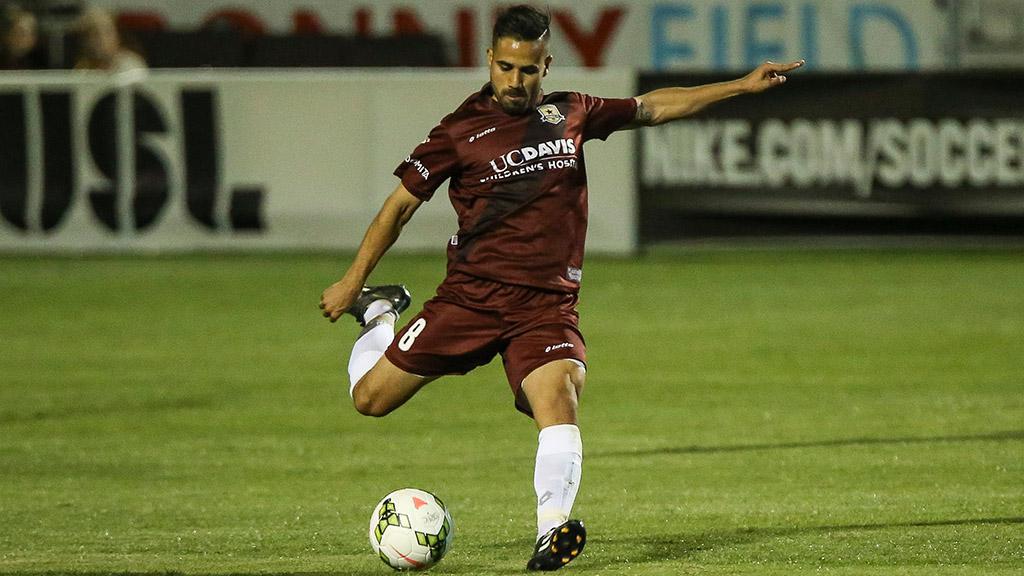 SACRAMENTO, Calif.  – One of the iconic figures in Sacramento Republic FC history has returned for his second stint at the club.

Rodrigo Lopez was unveiled on Friday by the club after reaching an agreement to return to Sacramento ahead of the 2020 USL Championship season following his time in Mexico’s top leagues. The terms of the new deal were not disclosed.

“Sacramento has always held a special place in my heart,” said Lopez. “I’m excited to return to Republic FC and contribute on the field as we chase another championship for the city. Raising a cup for the club in its inaugural season was an honor and I look forward to building on that milestone.”

The Guadalajara, Mexico, native was Republic FC’s first signing in 2013, and subsequently led the club to victory in the 2014 USL Championship Final, earning the game’s Most Valuable Player honors. Lopez currently sits third in club history with 13 assists in league play (19 in all competitions over two seasons) and his 20 goals in USL action hold the second-best slot on the club’s leaderboard behind Cameron Iwasa.

“RoRo means so much to this city and to this club, and it’s an absolute pleasure to have him back in Sacramento,” said Republic FC General Manager Todd Dunivant. “He brings versatility to our midfield, quality on set pieces, and valuable leadership both on the field and in the locker room. We’re expecting his second stint at the club to even top his first.”

Lopez was essential to one of Republic FC’s most memorable matches in club history, the Miracle at Bonney. Trailing by two goals against rivals the LA Galaxy II during the 2014 USL Championship Playoffs showdown in Sacramento, Lopez lead the Indomitable Club to the USL Championship Final with three stunning second-half strikes, including the game-winning goal in stoppage time.

In 2016, Lopez departed the Championship to play in Mexico’s top divisions. He joined Celaya FC in Mexico’s Ascenso MX during the 2016 season and tallied six goals and six assists from 42 appearances across all competitions with the Mexican club. The midfielder spent the 2017 season on loan in Mexico’s top-flight Liga MX with Deportivo Toluca where he registered a dozen appearances for the Red Devils and recorded one assist.

Lopez most recently played for Club Deportivo Veracruz in Liga MX, where he made 13 appearances, nine of which were starts.