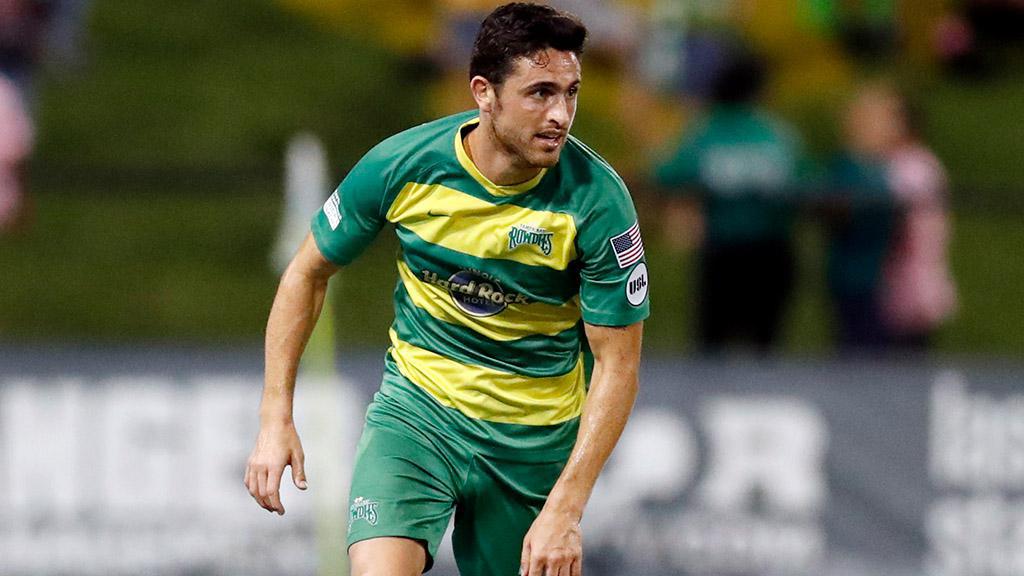 SAN ANTONIO – San Antonio FC announced on Thursday it had signed defender Hunter Gorskie for the 2020 USL Championship season pending league and federation approval. Per club policy, terms of the deal were not disclosed.

“We are excited to welcome Hunter Gorskie to the SAFC family,” said SAFC Head Coach Alen Marcina. “Hunter brings leadership on and off the field, championship experience, and a commitment to helping drive our culture. As a team, we seek great communicators and high tactical awareness, which Hunter demonstrates both.”

The 28-year-old has made prior stops at the New York Cosmos, Polish club Miedz Legnica and the Championship’s Tampa Bay Rowdies. The defender spent two seasons with the Rowdies, with his most successful coming in 2018 where he served as a team captain and appeared in a team-high 34 matches, compiling 2,904 minutes played and scoring two goals.

TEXAS TWO-STEP FOR FORBES: Austin Bold FC announced the addition of forward Billy Forbes for the 2020 USL Championship roster, pending league and federation approval. Per club policy, contact terms will not be released.

“We’re excited to add Billy Forbes to our 2020 roster,” said Austin Bold FC General Manager Roberto Silva. “He has many years of USL experience that will be incredibly valuable to us in our sophomore year. We’re looking to battle for the USL Championship title this season, and the addition of a player like Forbes helps push us closer to our goal.”

Forbes played for fellow Championship side San Antonio FC  during the 2019 season. In his second stint with the side, Turks & Caicos international started made 23 appearances and scored three goals and three assists.

A former selections to the Championship’s All-League Team in 2017 for San Antonio before joining Phoenix Rising FC in 2018, where he helped the side win the Western Conference title and a place in the USL Championship Final. In addition to his club career, Forbes has made 13 appearances for Turks & Caicos since 2008, becoming the national team’s leading goalscorer with eight.

“I’m excited to be apart of the Bold family, grateful for this amazing opportunity I can’t wait to get started,” said Forbes.

LOMIS HEADS TO EL PASO: Dutch forward Marios Lomis was unveiled as the newest addition by El Paso Locomotive FC on Thursday, with the signing pending league and federation approval.

Lomis has spent the past two seasons with USL Championship’s North Carolina FC, where he recorded seven goals in 14 appearances in the 2019 season before suffering a season-ending injury a third of the way through the campaign. Overall for NCFC, Lomis scored 15 goals across all competitions, including three tallies in the Lamar Hunt U.S. Open Cup.

“Marios is a proven goal scorer in the USL and has been a top striker the past two years in the Eastern Conference,” said Locomotive FC Head Coach Mark Lowry. “Last season, he scored six goals in the first seven games of the season, before an unfortunate injury curtailed his progress. He is 6-foot-2, a good target man with fantastic movement inside the box and a great work ethic defensively. He gives us a great goal scoring threat on the field and the right mentality off it to improve the group in various ways.”

A native of the Netherlands, Lomis played his youth soccer in his home country, competing at the senior level before signing with Creighton University in 2017. After one season for the Bluejays in which he scored five goals in 14 appearances, he turned professional and joined North Carolina FC in the spring of 2018.